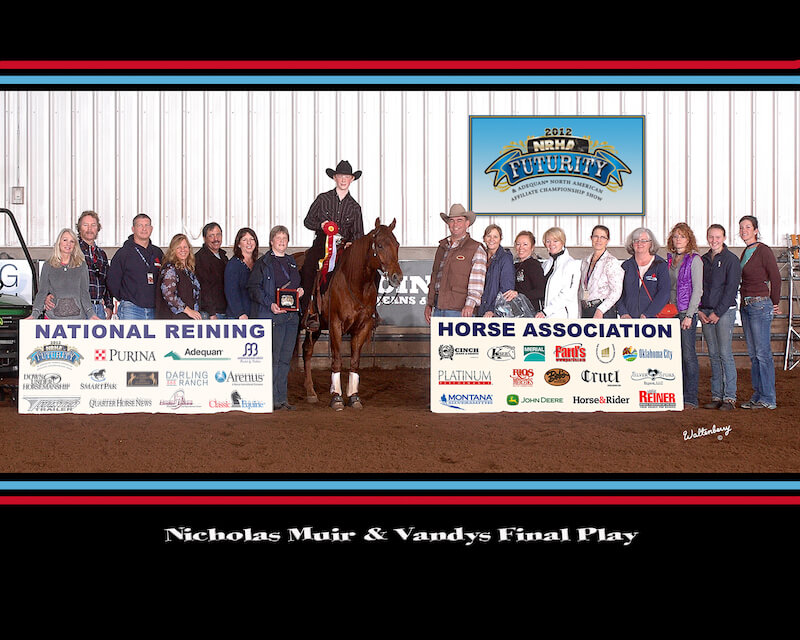 Nick Muir Wins Reserve Championship in Youth 13 and Under Reining