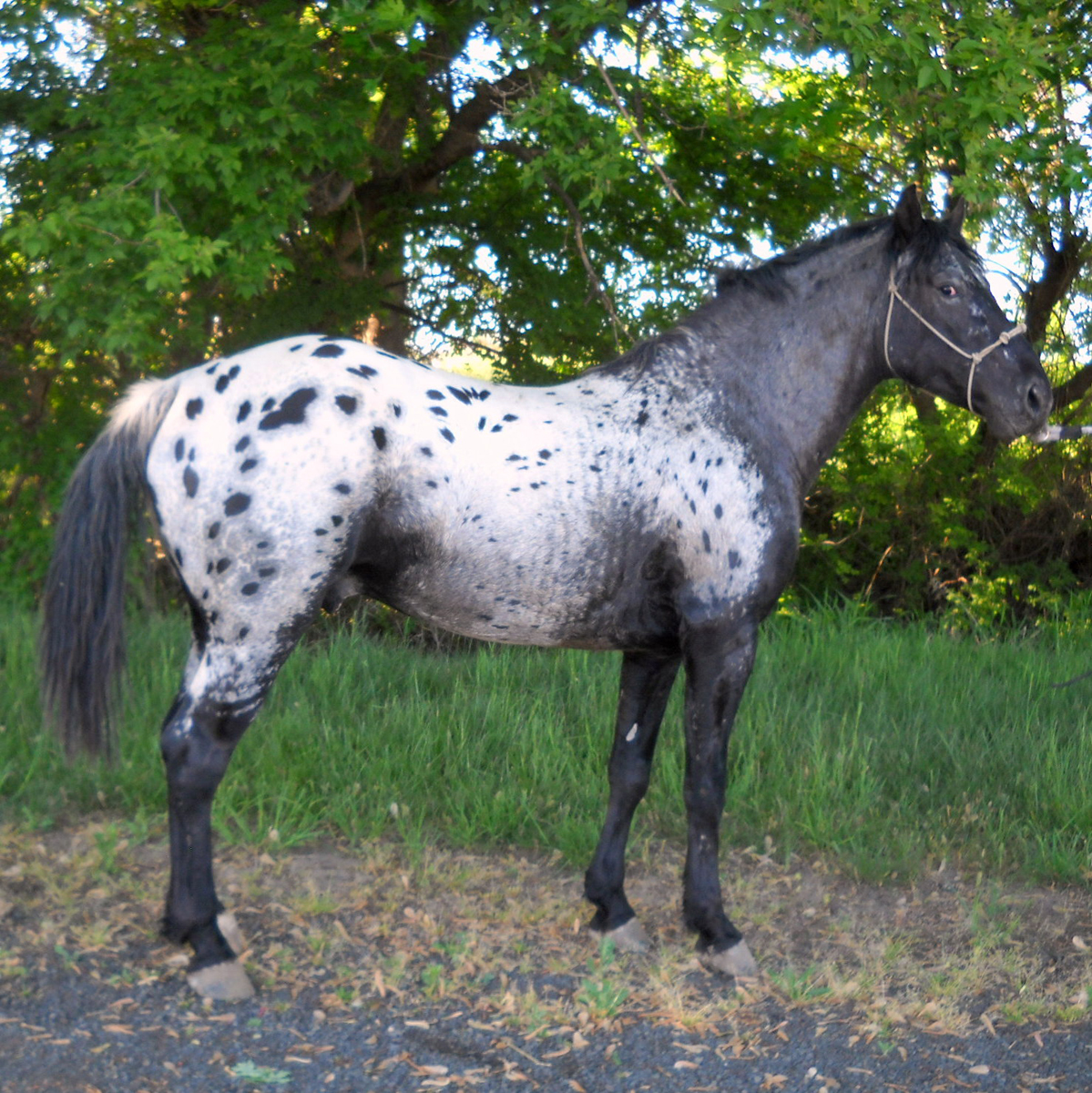 Pedigree Variables of the Modern Appaloosa

Outside of the Appaloosa breed itself, the term “foundation Appaloosa” may not be understood. Basically, it refers to the practice of breeding Appaloosas only to other Appaloosas, with the ultimate goal to create horses that have at least eight registered generations of only Appaloosa blood on both sides of their pedigrees.

The Appaloosa Horse Club in Moscow, Idaho has established methods to recognize and record such horses with their FPD (Foundation Pedigree Designation) which shows the percentage of registered Appaloosa ancestors for a particular horse and the GAP (Generation Advancement Program) for horses that have five or more registered Appaloosas on each side. There are also several additional registries which have been created exclusively for foundation Appaloosas including the ICAA (International Colored Appaloosa Association), Sundance 500 International, for horses that can trace their ancestry to the famous Sundance 500 and FAHR (Foundation Appaloosa Horse Registry).

The significance of this concentrated attention on blood ancestors and pedigrees becomes apparent when considering the popular trend over the past several decades to outcross Appaloosas with other light breeds of horse, predominately those associated and registered with the American Quarter Horse Association (AQHA). As all horse breeders understand, the process to establish purebreds is gradual, each step taking three or four years so it becomes a multi-generational project for breeders and horses.

Many of the pedigrees of foundation Appaloosas trace back to the 19th century horses of Guy Lamb, Flood Hicks, and the famous Palouse Indian breeder Sam Fisher. None of these horses were registered, of course as the ApHC was formed in 1938 by Claude Thompson of Moro, Oregon and his friends.

Currently, foundation Appaloosa breeders are widely dispersed across the United States and there are several in Canada and some in Europe. The best concentrated source for the history of Appaloosa horses is the late Palmer Wagner’s The Appaloosa Anthology. It is encyclopedic in its scope, including state-by-state surveys of all, or nearly all, of the breeders and their programs. It includes hundreds of photographs.

For more information about foundation Appaloosas, visit any of the registries online or the author’s website: http://bluecreekappaloosas.webs.com/