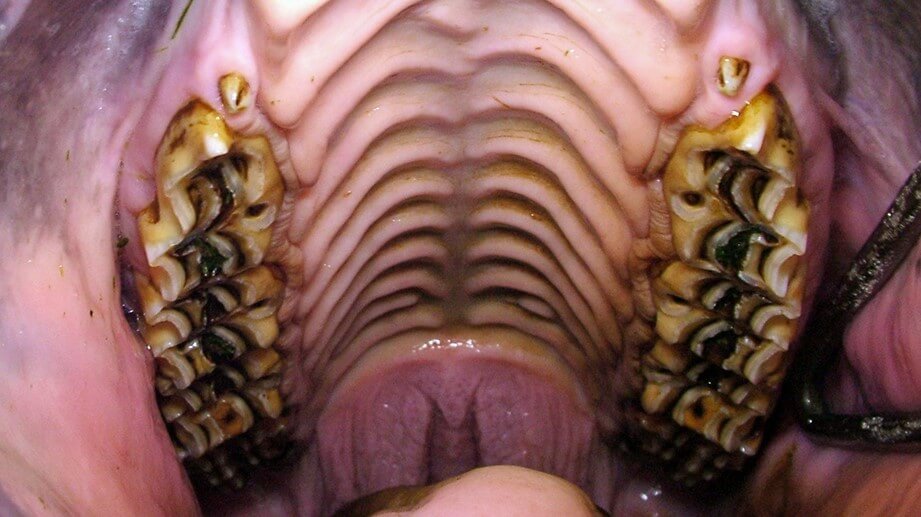 Wolf teeth are relatively small teeth of variable shapes and sizes that erupt in front of the first premolars. They are most commonly located on the upper jaw. Photo by Mary Delorey

Wolf teeth are relatively small teeth of variable shapes and sizes that erupt in front of the first premolar. They occur in about 70% of the equine population, males and females alike. They commonly appear at 6-18 months of age, sometimes later. Horses may have wolf teeth on one or both sides of the mouth, usually located on the upper jaw. Very rarely are they found on the lower jaw.

Wolf teeth do not benefit the horse in any way as they do not help the horse chew food. They are a remnant of what used to be a much larger first premolar that early horses used because their diet consisted more of brush. As horses evolved to primarily grazing for food those teeth diminished in size.

Wolf teeth are commonly confused with the canine teeth that are located closer to the incisors. Canine teeth are larger and more solid in nature. They erupt later in life, at 4-6 years of age, and are more commonly found in male horses.

It has become common practice in modern veterinary medicine to remove the wolf teeth from riding horses. This is usually done before training begins. It is possible that wolf teeth can interfere with acceptance and response to the bit as they are located in close proximity to where the bit sits in the mouth. That’s not to say that it is impossible to bridle a horse that has wolf teeth. However, removal is easy in most cases and the general attitude among trainers and veterinarians is that it’s better to get them out early than to deal with possible training issues and poor performance later on.

Removal can be performed with the horse standing and under sedation with systemic and/or local analgesia. The gum around the tooth is elevated and the ligament that holds the tooth is broken down so that the root can be released. The amount of time and effort varies with the size and strength of the root. Care needs to be taken to ensure the entire root is removed. The horse should be current on tetanus. Horses recover quickly from this procedure and typically only miss a couple days of training.

There are odd cases involving wolf teeth that should be considered, especially in horses that are having performance problems that seem to relate to the bit. Some wolf teeth do not erupt completely but can still cause pain for the horse. Sometimes they can be felt during a thorough oral exam. In addition, radiographs can be used to locate blind teeth that can then be removed to help the horse.

See this article in the 2021 April online edition: 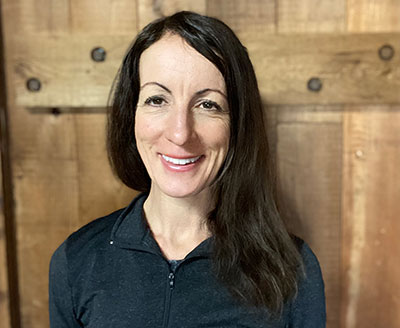 Dr. Sara Perkins, DVM, graduated from the veterinary school at Washington State University in 2000 and completed an internship at Rood and Riddle in Lexington, Kentucky in 2001. After working with the equine internal medicine department at UC Davis in 2002 she went into private practice, opening Equine Medical Services of Rainier, WA in 2005. Sara partnered with EquinaVet in Germany in 2017 in order to make their nutritional supplements available to horses in the USA. Currently, Sara divides her time between veterinary practice, working for EquinaVet USA, riding dressage and cutting horses, and managing Waystation Farm where she breeds Lusitano horses. Visit www.equinemedservices.com to learn more.