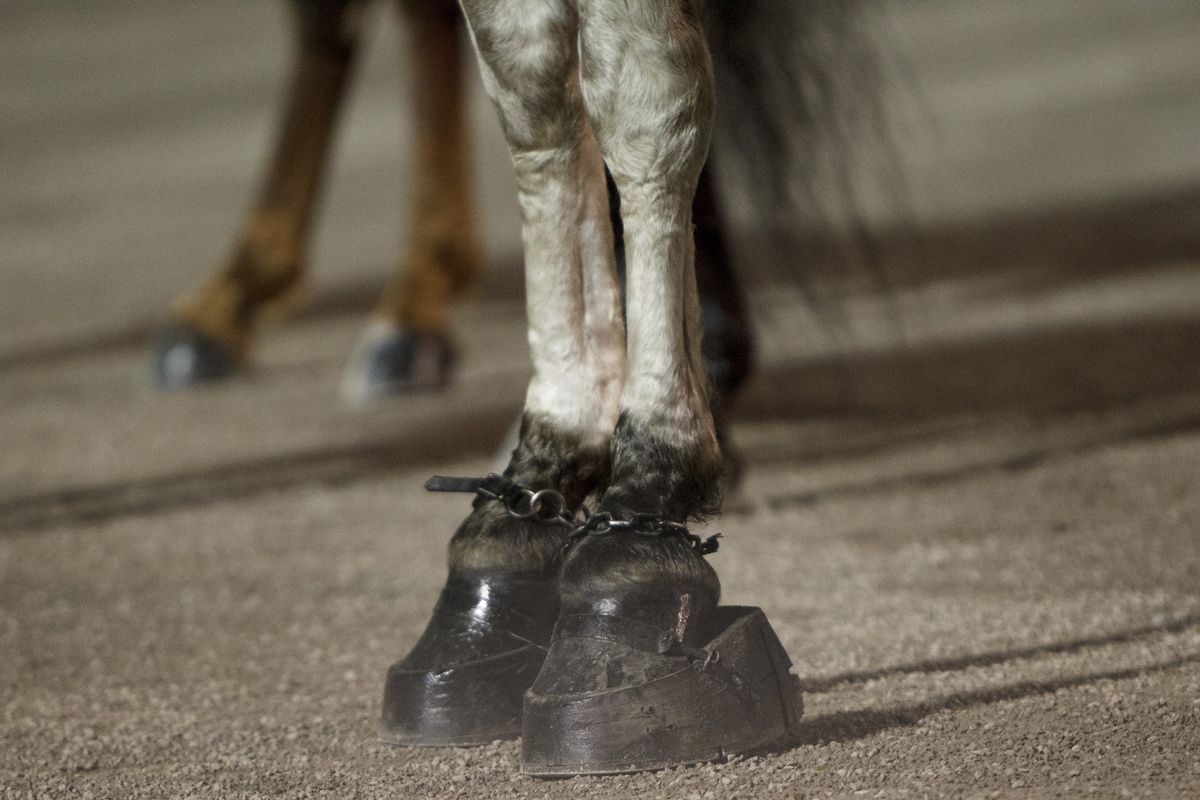 (April 4, 2016)—As a signal of its readiness to end the cruel practice of “soring,” the U.S. Department of Agriculture sent a proposed rule to update its existing Horse Protection Act regulations to the Office of Management and Budget for White House clearance—a key step before a proposed rule is released for public comment.

In February 2015, The Humane Society of the United States filed a rulemaking petition with the USDA to promulgate a rule to ban the “stacks” and chains that are an integral part of the soring process in the Tennessee walking, spotted saddle, and racking horse breeds; put an end to the failed system of industry self-policing; and crack down on violations by extending disqualification periods for both the offender and the sored horse. At this stage of the review process, the text of the USDA’s proposed rule is not yet public. But to be effective, the proposed rule should include all of these commonsense, long-awaited reforms.

“There is no question the current regulations are failing to protect horses from a core group of scofflaw trainers and owners in this industry,” Wayne Pacelle, president and CEO of The HSUS, wrote on his blog. “Their denials are hollow and their cruelty is incontrovertible. At this stage of the debate, this Administration has an opportunity to fix this broken system before President Obama leaves office, and here’s an issue where nearly the whole of Congress agrees with needed reforms.”

It’s been a federal crime since 1970 to show horses who have been sored – subjected to the intentional infliction of pain on their legs and hooves to force them to step higher to gain a competitive edge in the show ring. But cruel, unscrupulous trainers exploit regulatory loopholes, and the corrupt industry self-regulation system allows the perpetuation of what amounts to organized crime, all for the sake of show ribbons.

The USDA has stated publicly in separate Federal Register notices (in 1979 and in 2011) that, if soring persisted, the agency would consider banning the chains hung around horses’ legs and the tall, heavy stacks nailed to horses’ hooves. These devices exacerbate the pain of caustic chemicals on the skin, conceal hard or sharp objects jammed into the tender soles, and make the hoof strike the ground at an abnormal angle and with excessive force. It’s way past time to eliminate the use of these instruments of torture, as a majority in Congress recognizes.

The HSUS is seeking regulatory changes that are consistent with key elements of the Prevent All Soring Tactics (PAST) Act, S. 1121/H.R. 3268, sponsored by Sens. Kelly Ayotte (R-NH), and Mark Warner (D-VA) along with Reps. Ted Yoho (R-FL) and Kurt Schrader (D-OR). The legislation has overwhelming bipartisan support in Congress from more than 300 Senate and House cosponsors and a vast array of endorsements, including the American Horse Council and more than 60 other national and state horse groups, the American Veterinary Medical Association,  the American Association of Equine Practitioners, state veterinary groups in all 50 states, the National Sheriffs’ Association, the Association of Prosecuting Attorneys, major newspapers in the two states (Tennessee and Kentucky) where soring is most concentrated, and all major animal protection organizations.

Data recently released by the USDA revealed that a startling 87.5 percent of horses the agency randomly selected for testing at the 2015 Celebration, the industry’s premier event, were found positive for illegal foreign substances used to sore horses or temporarily numb them to mask their pain during inspection. A recent HSUS undercover investigation of a major Big Lick training barn found that 100 percent of the sampled horses’ leg wrappings tested positive for chemicals banned from use in the show ring by the USDA. Last October, a Freedom of Information Act request filed by The HSUS yielded hundreds of pages of damning information, including grim and grisly photographs documenting the abuse of walking horses by Big Lick trainer Larry Wheelon.