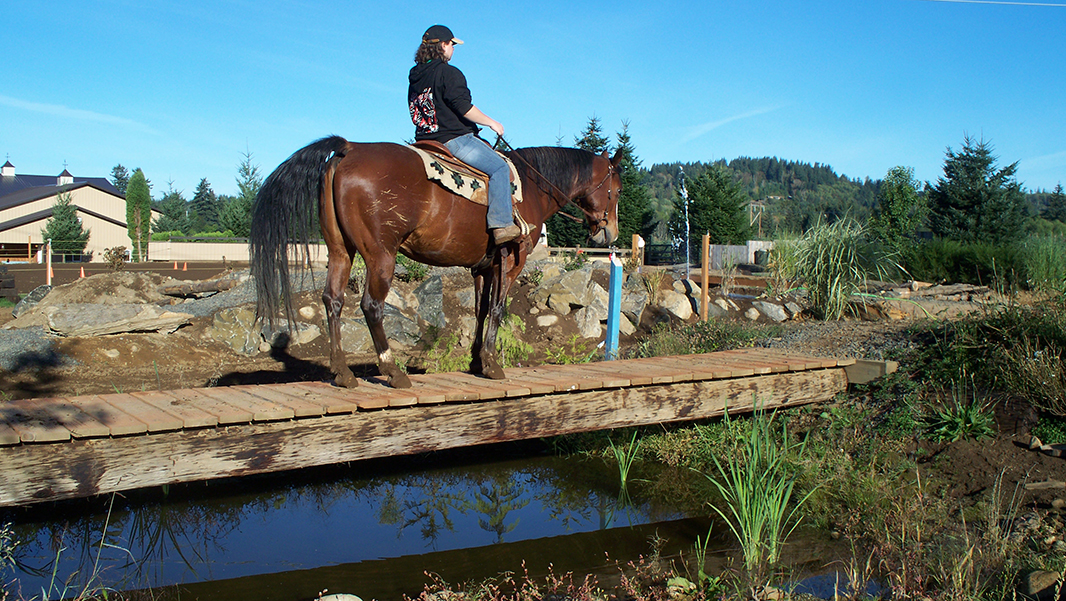 How Horses Teach Us to Be Better Leaders

It all goes back to the fact that the horse is a natural born follower. Yes, we need to be clear and consistent but horses continually allow us opportunities to become better leaders. It reminds me of a scenario I encountered while teaching in Germany. A large warmblood mare had begun rearing up and striking out because of frustration. Inconsistent cues from the handler had made this horse dangerous and she greatly intimidated the owner. After watching the interaction between the two for awhile, it was obvious how things had gone wrong. During ground work, for instance, I asked the owner to back the horse. She attempted, but gave the horse so many conflicting signals it struck out at her, then bit her without complying with the request. At this point I stepped in to help.

At first, my attempts to influence the mare resulted in a battle of the wills. After a few minutes of work, however, and some very clear and focused cues, the horse’s instinct to follow a leader was triggered and it did as I requested. The owner and horse continued to work together and made progress over the weekend. This was a smart, strong willed horse that wanted a job when properly asked. As the obstacles increased in difficulty, the horse began to focus on its job and less on the mixed signals it constantly received from the owner.

A horse wants to trust and believe that we are worthy of leadership so they will often overlook the missed cues and mistakes we make. Thank God horses are not like humans. Instead, it seems they are looking for the good in us, will try to please and are very willing to overlook many of our mistakes. I bring up this topic because recently I watched a client try their best to teach a horse to cross the balance beam. Instead of allowing the horse time to think and place its feet upon the balance beam, the handler was moving all over and sending confusing signals to the horse. When the horse finally stepped up on the balance beam with two feet it was immediately rushed for more. At this point it became frantic and jumped off and rushed around. Instead of allowing the horse to settle and think it through, the handler became very aggressive and tried to discipline the horse by spanking and backing it up. There are times where discipline is appropriate but this was not the time. The horse was being punished for human mistakes. As I watched from a distance the bad situation escalated into a full blown battle of wills and the balance beam was largely forgotten. I knew the client wanted to teach the horse himself so as hard as it was to watch, I let him continue. After more than an hour of struggle both horse and handler were sweaty yet the horse still would not approach the balance beam. What went wrong?

Two major mistakes were made in this scenario. First, the owner began moving his feet in such a way instinct prevented the horse from following. If a handler is perceived as below the horse in pecking order, leadership is not in place. The second thing that happened is this handler allowed his emotions to get involved, further blocking any learning. By the time I was asked to help, both horse and rider were completely frustrated and at odds with each other. After working with the horse for five minutes it walked across the balance beam. The client was amazed at the results and how calm the horse was. I quickly explained to him that it was not what I did but what I did not do that made such a difference. I was focused, moved my feet very little and showed no emotion.

I further explained that horses live in the moment, are looking to forgive and with just a few minor changes in our behavior they are willing to try again. Both horses described in this article reacted immediately once the humans changed their behavior. Isn’t it amazing how horses really just want us to get it right?