Have Pet and Horse Hair Met their Match?

For Christmas I asked for a silly little gift that reminds me of the those As Seen on TV products. It’s called a FurZapper and its a flexible rubber “puck” that you add to your laundry to help free pet hair from clothing. We’ve used the FurZapper a few times on dog blankets and it seems to work pretty well, freeing a lot of hair and requiring us to empty the lint trap halfway through a load. But I wondered how well it would work at dislodging horse hair.

One of the benefits of the FurZapper is that it physically agitates items in the laundry, helping to loosen hair that has been embedded in fabric. Horse hair is notorious for sticking down into fabrics (such as fleece jackets) with a regular wash and dry.

I took photos of the pad throughout the process, using a ruler for visual scale reference. You can see from photo 1 and 2 that although the washer freed up the dirt and some hair, there was still quite a bit of hair left on the pad. I threw the pad in the dryer with the two rubber pucks and checked back on the load 15 minutes later, fully expecting to need to empty the lint trap. I was surprised there wasn’t much hair on the trap and let the pad continue on for another 20 minutes of drying time.

Photo three shows the pad at the end of the dryer cycle; you can see there is a significantly reduced amount of hair left on the pad. I would say where most of the hair remained was in seams and clefts of the pad. I pulled the lint trap out expecting to remove a gob of hair and was surprised there was hardly any there. Especially since the FurZappers clearly helped in dislodging it from the pad.

For some reason I had the idea to shine a flashlight in the dryer. This is where you should sense some foreboding. Yes, the FurZappers worked to get the horse hair off of my bareback pad, but all of that loosened hair was now deposited on the inside of my dryer, courtesy of static cling. This was not ideal considering the husband was not a fan of this experiment to begin with. I wiped all the hair out of the dryer with a damp cloth before the hairy mess inside the dryer was discovered. Marriage counseling due to unsanctioned tack laundering avoided!

I feel confident in saying that the FurZapper works just as well on horse hair as it does on pet hair. I also feel like this product frees hair from clothing and blankets better than washing and drying alone, or even drying with a dryer sheet. Although I only tested the FurZappers in the dryer, you can also add the pucks to the load in the washer to help loosen even more hair.

The company that makes the product recommends one FurZapper per pet that lives in the household for each load of laundry. So if you own two regular-size dogs, toss in two FurZappers. By that math you’d have to add about 15 FurZappers to one horse-related load, which seems excessive. At $20 for a 2-pack, using that many FurZappers isn’t cost effective either.

I think adding two or four FurZappers to a horse-load is sufficient to pull the hair out of the fabric. FurZappers are supposed to last for thousands of washes, truly making them a gift that can keep on giving. 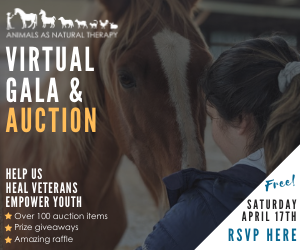 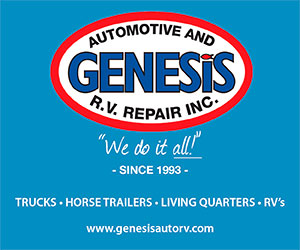