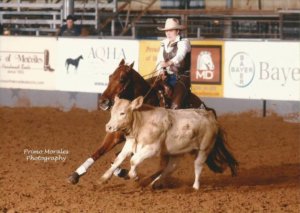 Once a horse is being ridden, the wide range of disciplines can make defining a “broke” horse more of a challenge. The culmination of training for a working cow horse looks quite different than a finished hunter. In this article I will focus on attributes that are the same and desirable across all disciplines. The following are all characteristics of a broke horse.

Travels With a Willing Demeanor

My column title, Willfully Guided, comes from verbiage originally found in the NRCHA and NRHA rule book as the manner in which the horse should travel in the pen. It has since been changed to “willingly guided”, but the meaning remains—a broke horse should both appear and feel free of resistance in their body and mind.

Typically, this presents as a horse with ears forward, or turned to the rider, with minimal tail swishing, and a cadent gate. A horse that is cranky or protests, even if they complete the maneuvers, is a horse that will eventually look for an out. A broke horse will always be looking to give the correct response to the rider’s cue.

Caution: Confusing a willing horse with a broke horse is a dangerous mistake, and one I see made often. In the training of a horse it is important to safely push the boundaries so that the horse learns to accept high pressure situations, so that when they arise organically, the horse is prepared.

A common example of this is a horse that is inherently lazy, and a rider has to peddle him to move forward. This horse often will not have occasion during training to be taken ahold of often, so in the event that his flight response is ignited, the rider can be seriously hurt by a horse that cannot be gathered up. It is often a complete surprise to the rider, who considered this to be a safe, broke horse.

A broke horse should steer easily, staying between the reins, behind the bit, and in front of the legs at all times.

Horses have tendencies to be either on the lazy side or on the hot side, but the goal for any horse is to respond to the cues of the rider. A broke horse will respond easily to cues for speed variation.

A broke horse will yield softly to both known and new cues. Softness begins between the horse’s ears and works its way outward.

It’s important to be able to control all of the parts of a horse’s body. A broke horse will have a good handle on movement of all parts of his body.

A broke horse will stand patiently for saddling, mounting and will stand quietly while mounted. 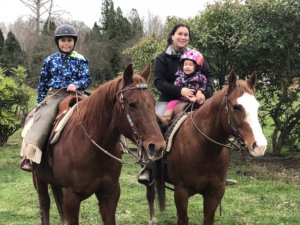 I do realize, as with the groundwork, that this conversation could be about colt starting to some degree. The development of a broke horse is a series of successful events over the course of years, built upon a solid foundation.

For working cow horses, most of the time these horses would be considered “broke” when they are straight up in the bridle as a 6 or 7-year-old, after 5 years of daily riding and exposure to new places, hauling, and a competition environment. I mention this to put into perspective the time and effort required to build a much-coveted horse.

With the qualities listed, it is important to know that the broke horse observes these cues at all times, even if doing so goes against his natural instincts. That is the key difference between a horse that is willing or good natured, and a horse that is broke. The horse’s ability to stay connected to the rider in a moment of uncertainty is as much of a gauge of brokenness as the talent or proficiency with which he performs the task.

Coastal Equine takes pride in raising and training quality performance horses.  With a background as a non- professional who trained her own horses, Allison believes in the ability of the non-pro to have a primary role in the training of their own horse.  Allison’s clients range from beginners to advanced competitors.  Willfully Guided is an educational program based on Allison’s training process. It offers insight into the art of building a willing and sustainable partnership with your performance horse. For more information visit: www.willfullyguided.com

Trainer’s Corner: How to Put Your Horse in Balance with Bending – Part 1
Should You Buy a Young Horse?