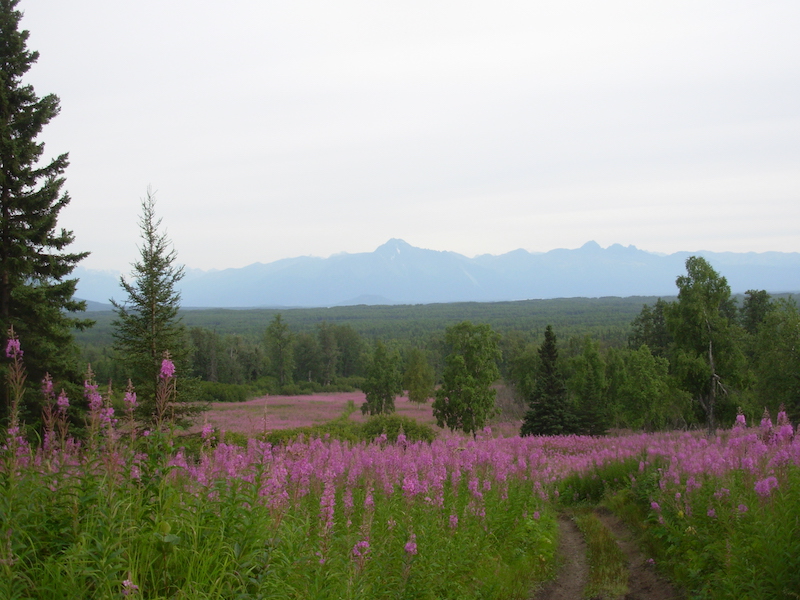 Centered Riding founder Sally Swift calls “soft eyes” one of four basics, along with breathing, alignment, and centering. To create soft eyes, the muscles around and behind the eyes are relaxed. Additionally, the cheeks, chin, jaw and tongue muscles are tension free.

Having soft eyes increases peripheral vision and provides riders with a worldview that is literally and figuratively wider in scope. The effect of softening is cumulative — in its entirety it slows down one’s breathing which activates the parasympathetic nervous system, the rest and relaxation component of the brain. The brain then releases chemicals which have an overall calming effect.

As an experiment, I began to routinely use my soft eyes when driving, hiking, and tending to the horses. I subsequently discovered that activating facial-related neural pathways was easier and faster in the arena and on the trail. By whispering the words “soft eyes” when in an arena I’m now able to get a sense of the big picture. For instance, I am more aware of where other horses and riders might be in relation to my horse and me.

My softer eyes have also served me well on the trail. I recently went for a ride on my Icelandic horse, Raudhetta. I left a note for my husband Pete, telling him that I was heading to Grizzly Camp. My eight-mile ride would take me through the Matanuska Moose Range, a popular hunting area, so I donned my orange windbreaker. I grabbed a can of pepper spray and tied strips of orange flagging to Raudi’s halter and our Border Collie Ryder’s collar.

As a matter of routine, I practiced using my soft eyes on the way to my destination. For example, I “went soft” when a half-dozen ATVs approached, when a grouse flew up into Raudi’s face, and upon coming to a muddy portion of the trail.

The ride was uneventful until we came to the base of the Grizzly Camp hill. Grizzly Camp is not named for an overabundance of bears in the area, but because the bear hunters congregate in a nearby grove of tall spruce. Raudi and I turned left and headed uphill. The fireweed had topped out a few weeks before — as far as the eye could see the fields were orange-red in color. Low-lying clouds enshrouded the Talkeetna Range, giving the area an ethereal feel.

We went fifty yards at a fast walk. Raudi then halted and began chuffing. Her chuff is what equine scent detection specialist Terry Nowaki calls a blow, or an alert signal. It’s a deep inhalation followed by a forceful exhalation. I tensed, for this is the sound she makes only when a bear is nearby. We’d seen bears in other area trails, but not here.

I considered dismounting for I feared that Raudi might turn and bolt. Far better, I thought, to stay put and deal with possible errant behavior than become bear bait. Ryder bounded up then stood next to Raudi. I told her to sit.

I used my peripheral vision and scanned the area ahead and to the sides. My mouth went dry when I spotted a large brown mound to the left of my trail. I estimated that it was a hundred yards away. The mound stood up on its hind legs and sniffed the air. Raudi, who also saw the bear, stood still, ears pricked forward. I softened my gaze and relaxed my jaw, mouth, and tongue. Raudi’s chuffs became snorts.

I breathed a sigh of relief as the bear lowered itself back down into the brush and ambled uphill. Horse, dog and rider stood for what seemed like hours but most likely was just a few minutes. The use of my soft eyes enabled me to see the bear before it saw me, and after, to stay calm. My calmness enabled Raudi and Ryder to do the same. Had we moved quickly, the bear might have followed.

When finally the bear was out of sight I turned Raudi around and we three headed downhill, back in the direction of the main trail. I didn’t discourage Raudi’s fast trot because I knew that if I did she’d take the bit in her teeth and hightail it for home. Instead, I drew upon all four basics, soft eyes included. When she slowed to a walk, I began singing. 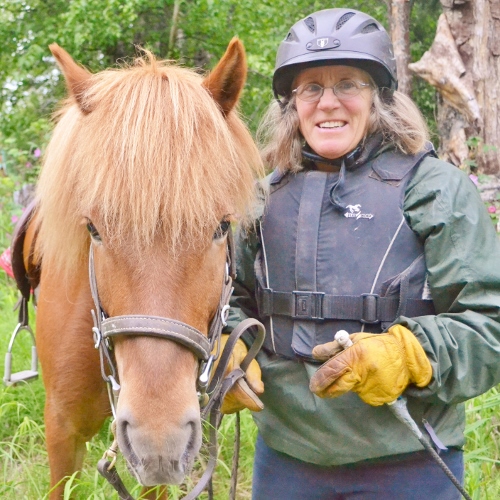