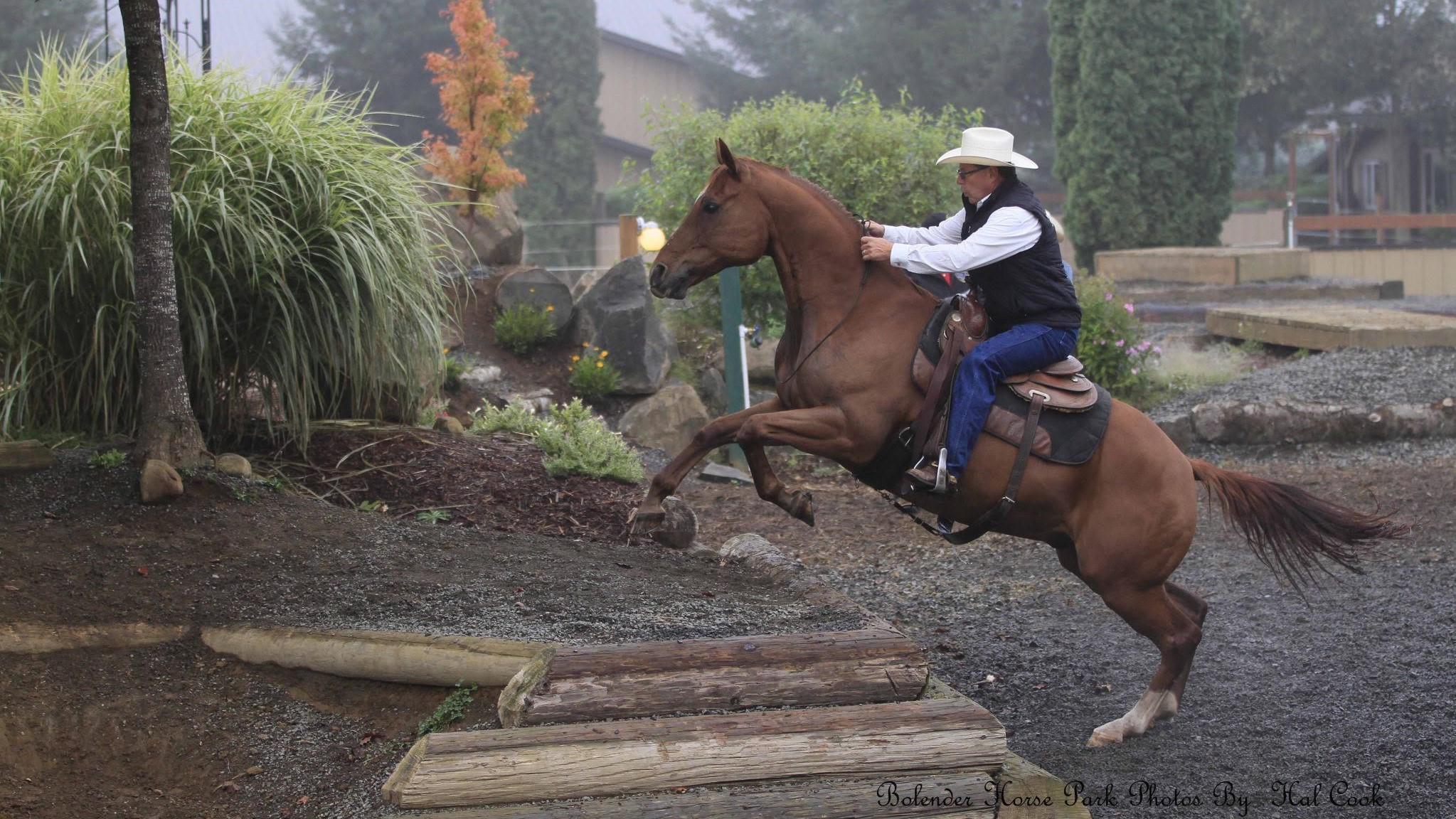 Mark and Lee Bolender, founders of the International Mountain Trail Challenge Association (IMTCA), are thrilled to announce that their beloved quarter horse, Sir Rugged Chex, is now a Breyer Model representing the sport of mountain trail. “Checkers” as he is known at home, is the grandson of Rugged Lark, who also was made into a Breyer Model.

“I’ve been told that Checkers is more like his grandpa, Rugged Lark, than any other horse they have bred,” Mark Bolender says. Mark decided to breed a mare he had to a son of Rugged Lark, Lark’s Favorite, after seeing videos of Rugged Lark’s bridleless routines. “I flew down to meet him in person and was so impressed with him that I either wanted to buy one, or breed my mare to one of his offspring.”

Checkers, like his grandfather, is known for his bridleless videos, with his bridleless mountain trail videos getting over four million views on YouTube. Mark had help from several other trainers when he started Checkers, but he did all the bridleless training himself. At just four-years-old, he was ridden in a veteran’s parade, carrying a flag while bridleless.

In addition to his amazing talents on the mountain trail course, Checkers has gone on thousands of miles of real trails bridleless. He has also been used as a therapy horse to veterans and those with disabilities through Hope for Heroes.

At the Bolender Horse Park, Checkers is a skilled teacher, of both human interns and horses new to the sport. “Checkers has a sense of humor, and he definitely doesn’t mind taking advantage of a newbie,” Mark laughs. “he will walk right by a balance beam like he has never seen one before with a brand-new intern. I get on, and he goes right onto it. He teaches them to be better riders.” He also adds that Checkers has no problem giving a new horse a nip on the flank if hesitates at an obstacle. “He’s a great babysitter.”

It was Lee who started the journey of getting Checkers immortalized as a Breyer. “We have a new discipline and who better to be the horse of mountain trail than Checkers,” she says. She remembers the day she got the call from Reeves International that Checkers was going to be a Breyer. “I was sitting in my house when I got the call. I went outside and just started crying. I’m sure the lady on the other side felt weird listening to me sob. We were so excited.”

The Sir Rugged Chex Breyer is available now on the Breyer Horse website and at Breyer retailers. Checkers will also be making an appearance at the virtual BreyerFest happening July 10-12.

See the announcement on King5 News! 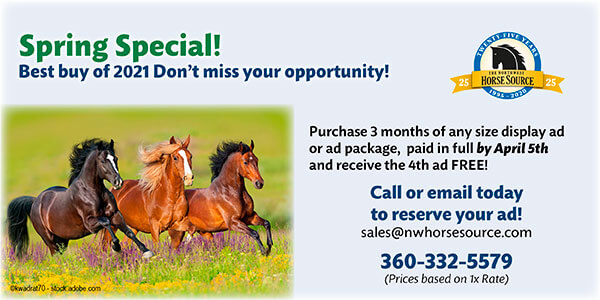