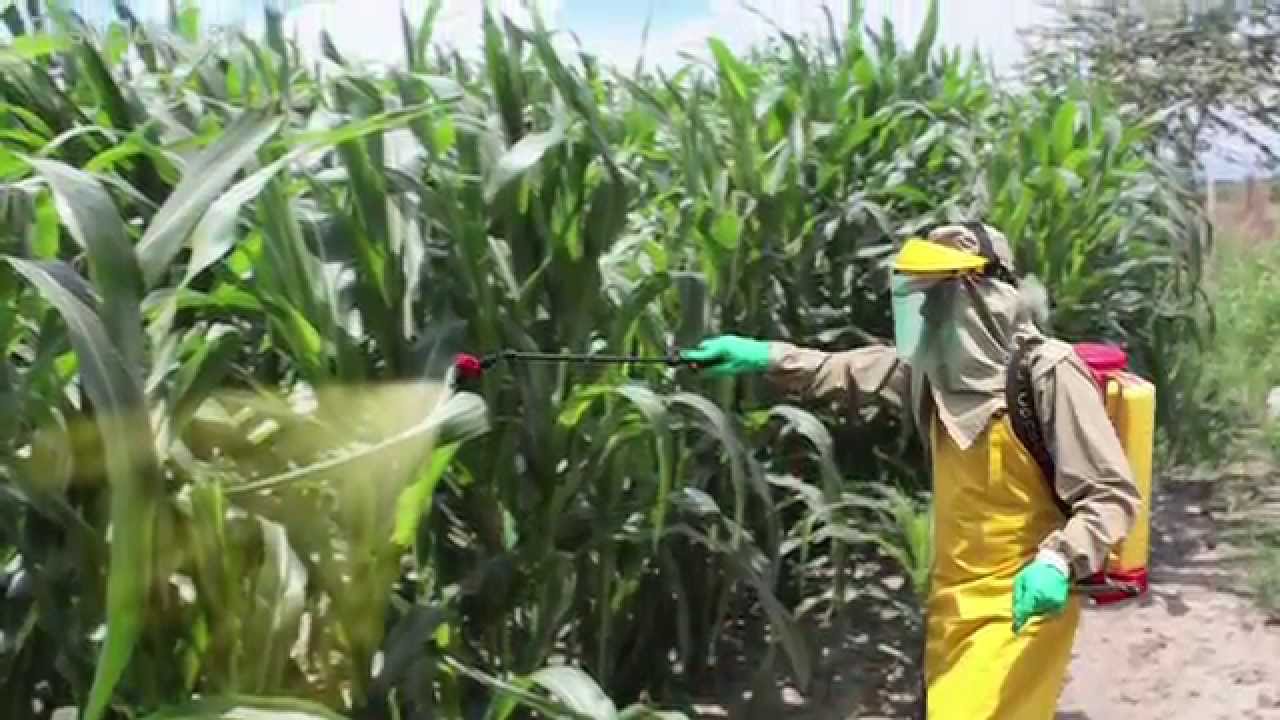 Brought to You by Eastern Hay

GMOs (genetically modified organisms) are a source of concern among many Americans. Not only do we wonder if GMO crops are safe for us to eat, but should we feed them to our horses?

As feed crops are often sprayed with Roundup®, an herbicide, we have a right to be concerned. These crops, designated “Roundup® Ready,” are GMOs, engineered to be herbicide proof so that they will survive while the pesky weeds are eradicated.

Roundup®’s active ingredient, glyphosate, was originally used as a descaling agent for removing “scales,” or mineral deposits, from pipes. The glyphosate would bind to them and make them unreactive, thus stripping the scales from pipes. When it was discovered that the glyphosate could also kill bacteria and plants, thus making it useful as an herbicide, glyphosate found an entirely new purpose. It turns out there is a lot more profit potential in herbicides than descaling agents.

At that point Monsanto bought the rights to it, and in 1969 patented it as a non-selective herbicide.¹ 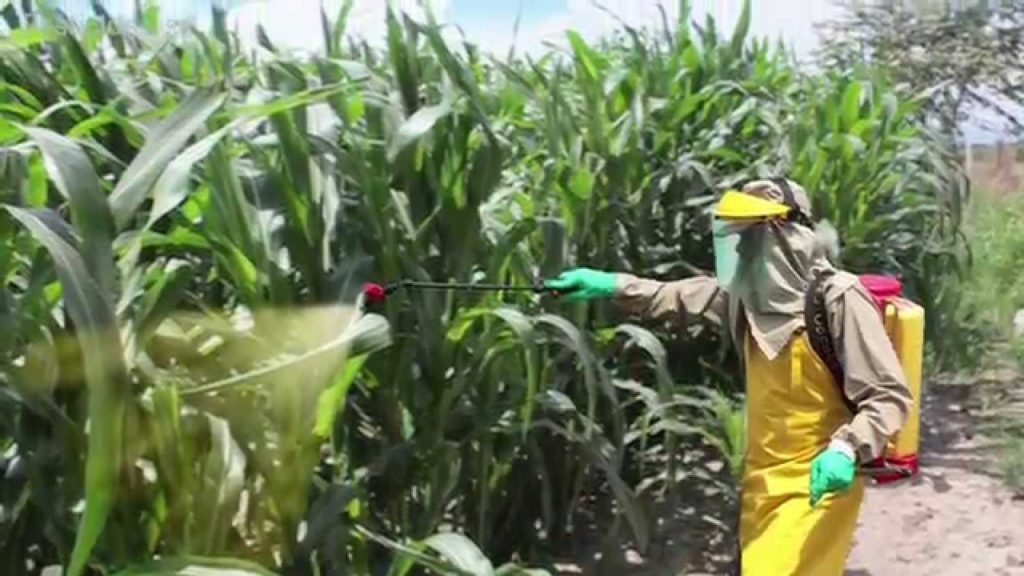 But how does this chemical work on plants, and how does it impact the health of the humans or animals that eat them? Glyphosate has been found potentially carcinogenic to humans by the World Health Organization’s cancer research arm. Rats fed genetically engineered, Roundup® Ready grain, fell ill, many of them developing severe kidney disease. A large number of published scientific studies show that as little as 1 ppm of glyphosate will kill almost all bacteria—particularly beneficial bacteria—in the gut of animals. These beneficial bacteria, composed of trillions of cells lining our intestines, play an absolutely essential role in the health of most of our organs. In addition, soil is a living environment, containing millions of micro-organisms, and pesticides damage these communities of micro-organisms.

Most pesticides and herbicides are closely monitored by government agencies in the United States and Canada, yet glyphosate, surprisingly, has not been. The legal limits allowed have risen considerably, and little is known about the residual mounts of glyphosate in food crops for human and animal consumption.

Despite Monsanto’s claims otherwise, recent scientific studies clearly show that glyphosate does not degrade easily in soil or humans, and animals, and does accumulate in all organs.²

Some people theorize that the massive increase in gluten intolerance is due to GMO grains and Roundup.

So what are we doing to ourselves and our horses?

When genetic engineering technologies became mainstream in the 1980’s, someone figured out that they could engineer agricultural crops to be resistant to glyphosate. Farmers could douse crop plants with it and they would survive, while the unwanted plants around it—the weeds—would die.

Several major crops that were engineered to be glyphosate resistant are now marketed as Roundup® Ready. Although initially it seemed a revolution in weed management, it soon turned out that not only crops can become glyphosate resistant. Weeds can do it too, and they have. Higher and higher amounts of Roundup® continue to be used in order to eradicate the weeds. Amounts that once were considered extreme are now deemed normal.³

While Monsanto and North American governmental regulatory agencies have claimed for decades that glyphosate was the safest herbicide ever, the evidence seems to show otherwise.

Many countries: Germany, Peru, France, Hungary, Switzerland, The Netherlands, Russia, Bermuda and Sri Lanka (whose President blames the herbicide for a fivefold increase in kidney disease in farming families) have either banned Roundup® or GMO crops, while the European Union right now is voting on whether or not to renew Roundup®’s license in Europe.

What’s the solution? Certified organic crops cannot be sprayed with glyphosate at any stage of the process. Although you may have to search for it, organic hay is available. 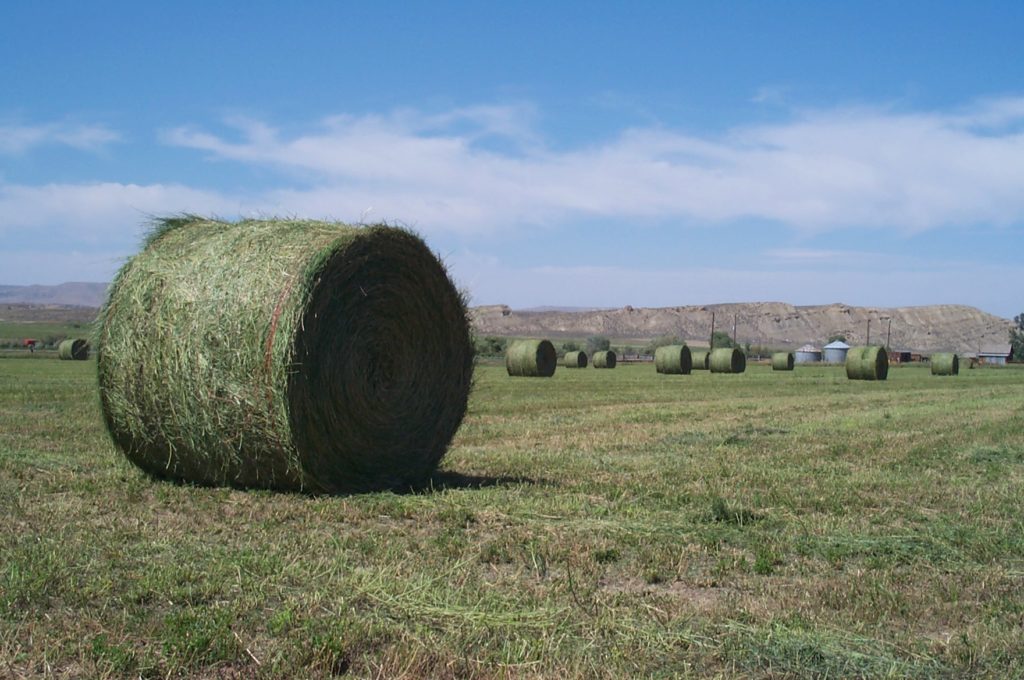 At Eastern Hay we are always looking for what’s best for your horse. If you want peak performance from your horses, now and for generations to come, you need to insure your horses’ health, and that includes knowing what they eat. Substances that destroy kidneys, wipe out beneficial gut bacteria, and are probable carcinogens are not what you want on your horses’ meal list.

We have not used pesticides in our fields for over five years (although they are not certified organic) and we purchase organic hay from western New York and from Vermont (the leader in the fight against GMOs). If you want organic hay, give us a heads up and we will be happy to get it for you. And meanwhile, do your research. Read about Monsanto, Roundup®, and GMOs. You may want to consider going organic, yourself!

¹This information on Roundup®’s origins came from “Roundup®’s Long-Term Health Effects,” by Thierry Vrain in Mother Earth News, June/July 2016.
² Information on the health effects of Roundup® (Ibid)
³ Information on how glyphosate works (Ibid)