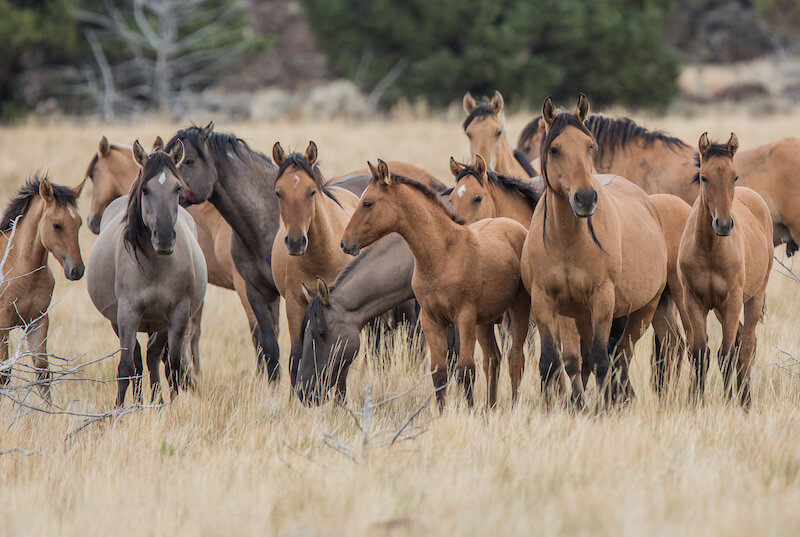 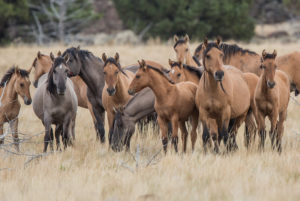 Last month we discussed how parasite control was revolutionized in the 1960’s with the introduction of benzimidazoles de-wormers. With it and other new products developed in the 70’s and 80’s, it became easier, less expensive, safe and effective to control internal parasites in horses. With these developments, the parasite responsible for a majority of equine colic cases—strongylus vulgaris—was virtually eliminated. But along the way, a new problem of parasite resistance has emerged. To combat this development we must adopt a more sustainable de-worming strategy.

It important to recognize that the goal of parasite control is not to eliminate all parasites. That would be an impossible goal to achieve with our current understanding, unless we were somehow able to toilet train our horses. Since we cannot expect to eliminate all parasites, we want to keep the ones that are around genetically “average,” susceptible to current de-wormers. Parasitologists have given a special name for this population of susceptible parasites—refugia. This brings us to the first of the six major points of this article.

The ERP is the Egg Re-occurrence Period for the particular de-wormer that you used last. Theoretically there shouldn’t be any adult parasites to kill so it is a waste of money. Even if there are, this is the type of drug exposure that will put selective pressure favoring the resistant parasites. The ERP for the major de-wormers have been determined as follows (figure the lower end for foals, weanlings, yearlings  and geriatric horses): moxidectin – 2.5 to 3 months; ivermectin – 6 to 8 weeks; others – 4 to 6 weeks.

Treating all horses the same is no longer an appropriate parasite control program for horses. Science has shown that within any given (large) group of horses, about 20% have weak immune systems and are responsible for shedding 80% of parasites on the property. This 20% needs more frequent de-worming.  Another 60% of the horses have average immunity and don’t need to be de-wormed as often. Finally, the last 20% have exceptional immune systems and require the least frequent de-worming. No matter whether you have a large group, a small group or just one horse, determining how often to de-worm depends how soon parasite numbers climb after the ERP for the last product used. Sometime after the ERP for last de-wormer and before administering another de-wormer, bring a fecal sample to your veterinarian for a Fecal Egg Count (FEC) which will determine the number of Eggs Per Gram of feces (EPG). This number can be high, medium or low and will help determine when and what to de-worm with next. Once a program has been established, it is important to repeat FEC’s at least annually.

The 20% with weak immune systems will require more frequent de-worming, in some cases just a few weeks beyond the ERP for the particular product used. It is true that “super worms” are being selected for in these horses, but now we are only putting the selective pressure for resistant parasites on 20% of the horses instead of all of them. Since the other 80% are not getting that kind of selective pressure, they are continuing to contribute friendlier “average” parasites thereby maintaining a healthy refugia.

Even the 20% of horses with exceptional immunity should be de-wormed at least annually or semi-annually. The fecal egg count laboratory test does not detect all significant parasites, for instance it does not usually detect tapeworms and bots. Using a de-wormer at least once a year to target these and any other undetected parasites is a good practice.

If high FECs are encountered, it might be caused by resistance to the product used. To determine if resistance is a problem, bring in a fecal sample just prior to de-worming. Then bring in another sample two weeks later. A product that does not have problems with resistance should kill 90% or more of the adults, resulting in a 90% or more reduction in the EPG after the product is used. Even the 20% of horses with weak immune systems should still get a 90% or better kill rate. Their EPG rate will climb soon after the ERP for the product in question.

A very common argument against running a fecal test is that it costs more than it costs to purchase a de-wormer. Aside from the fact that there are no new products likely in the future and that we are heading for disaster if our current products fail to work, there are some direct monetary benefits to having the important information we gain from the FEC. Even if the fecal test costs 3 times the cost of a single de-wormer, if you are de-worming 6 times a year but only need once a year, you will have paid for the test with the cost of three de-wormers and additionally saved the cost of two more.

There are long term financial gains to delaying the onset of resistant parasites too.  Look at the current situation for small ruminants (sheep and goats) – their parasites are resistant to all currently available products so they have to use double and triple the dose each time they de-worm. Doubling or tripling the costs each time you de-worm is even more significant for horses. Another strategy that might be effective for coping with resistant parasites is to de-worm with multiple (different) products at the same time, also costly. It makes sense and cents to use a bit of science to help determine an individual parasite control program. 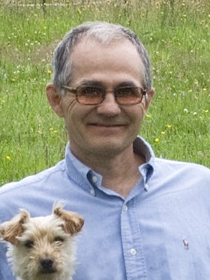