fills more UNBRIDLED movie seats than all other films combined! 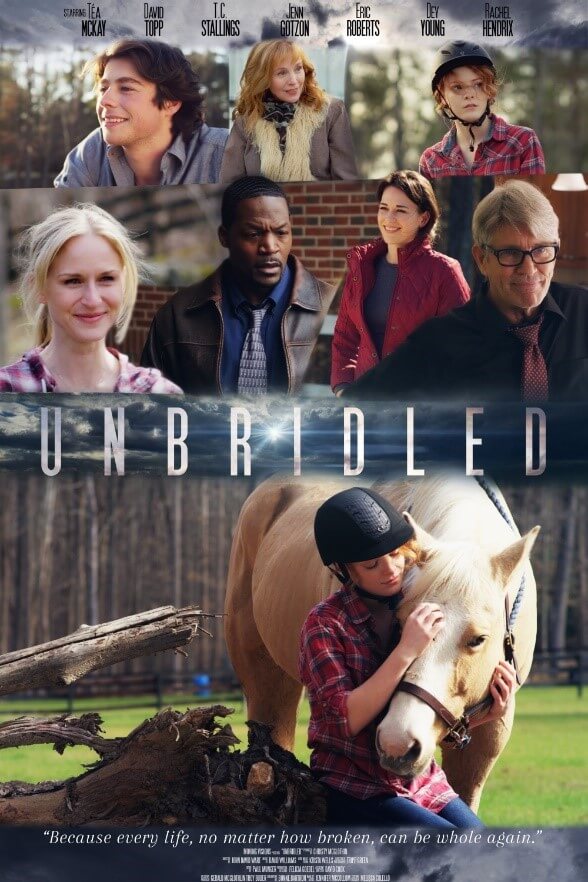 Moviegoers were intrigued and amused as they walked up to the ticket box office only to brush up against Blaze (pictured below) who was also waiting in line to see the movie based on real-life stories of horse centers, including benefactor HopeWell Ranch of Weidman and Remnant Fields of Midland, MI, that pair abused women with rescued horses, resulting in mutual healing.

The screening was preceded by remarks by HopeWell Ranch director Jodi Stuber (pictured left talking to FedEx driver delivering film to the theater) to the overflow crowd in the packed auditorium that drew more patrons than all other films combined. Ms. Stuber talked about HopeWell Heroes including horses and human volunteers.

Her latest movie, UNBRIDLED, has won numerous film festival awards including the prestigious EQUUS WINNIE Award. Christy lives in Raleigh, NC with her husband Jerry and their children.