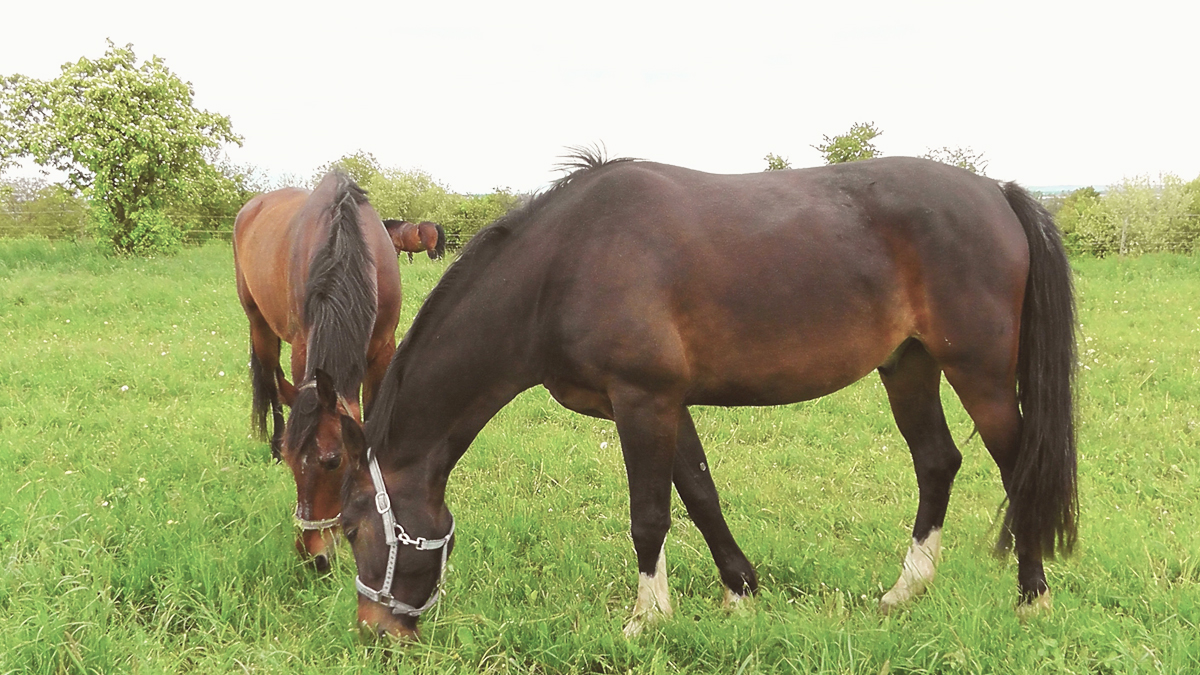 A Difficult Delivery and an Orphan Colt: Part 2 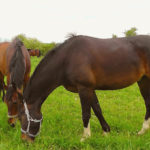 The foal was suffering from Hypoxic Ischemic Encephalopathy, more commonly known as “Dummy Foal” Syndrome. It refers to a condition of neurologic abnormalities that are not related to infectious, metabolic, developmental or toxic causes. In this case the cause was clearly the oxygen deprivation the foal suffered during the prolonged delivery – not enough to kill him but enough to damage his brain. The degree of neurologic abnormality can vary depending on the severity of the oxygen debt. In mild cases foals show signs of confusion, inappropriate nursing behavior (e.g. sucking on the stall walls) and abnormal vocalizations (e.g. barking sounds). More severe cases result in coma and that is what we had with Red’s colt.

Normally the placenta should pass in less than three hours but usually is out in less than an hour. After six hours, the uterus will become infected by bacteria ascending up the retained placenta. Maiden mares and mares that have dystocia (difficult delivery) have a higher incidence of retained placenta. Red had both of these so it was no surprise she retained her foal’s placenta. She was started on antibiotics, partly because of the contamination and trauma from the assisted delivery, and kept on pain medication and anti-inflammatory medication. An IV catheter was placed to administer IV fluids and oxytocin, which was successful in delivering the placenta. The oxytocin also allowed us to milk out her colostrum which we would need for the foal.

The foal—we’ll call him “Stormy”— was a big colt, a chestnut like his mother. What he needed was a trip to a referral veterinary hospital with a neonatal intensive care unit. There he could be provided with all the benefits of modern medicine. Unfortunately, high tech care was not in the cards for Stormy; we were forced to make do with what we had. First on the agenda for Stormy was placement of an intravenous catheter. No local anesthetic was necessary as there was no response to the normally painful procedure. Intravenous antibiotics were started since the foal was extremely compromised and at a high risk for infection. A stomach tube was passed through the nostril providing a safe method to feed the foal. A straw bed was set up in the corner of the stall and several heat lamps were safely secured over the comatose foal. The foal was fed small amounts frequently, first with mare’s colostrum and later mare’s milk through the stomach tube. An enema was administered to help pass the meconium. Plasma was administered IV to boost the colt’s antibody levels (IgG) and powerful anti-inflammatory drugs were administered to help reduce swelling of the brain. Later, medication was administered to relax the contracted tendons. Bandages and splints were also applied to help straighten the legs.

The cold weather persisted and the next day someone suggested using an electric heat blanket. It seemed like a good idea until one day, when no one was looking, Red found the cord and took a bite on it. She had been losing her interest in the comatose foal and after the 110 volt shock it sealed the deal. She had essentially dried up and with no interest in the foal it was decided to simply take her away. There was no use in keeping her stall bound with no hope of her bonding with her foal, if he survived.

Within a few days the foal started stretching more during his sleep. The he started having brief periods of wakefulness. This was a very promising development. His wakefulness improved for longer time periods while his sleep pattern continued to be very deep sleep. With increasing wakefulness came increased movement until he finally started making feeble attempts to stand. His suckle reflex developed and he was able to take a bottle. Eventually he could stand with assistance and, soon after, stood on his own. It became clear he was a survivor, albeit an orphan.

Soon after these developments, we learned of a Belgian mare that had recently lost her foal. Draft mares often have great maternal instincts and after just a day and half of diligent “bonding training” the big mare took the orphan foal as her own. She produced plenty of milk for the big colt as well. Stormy recovered completely from his difficult entry into the world and entered race training the fall of his yearling year.