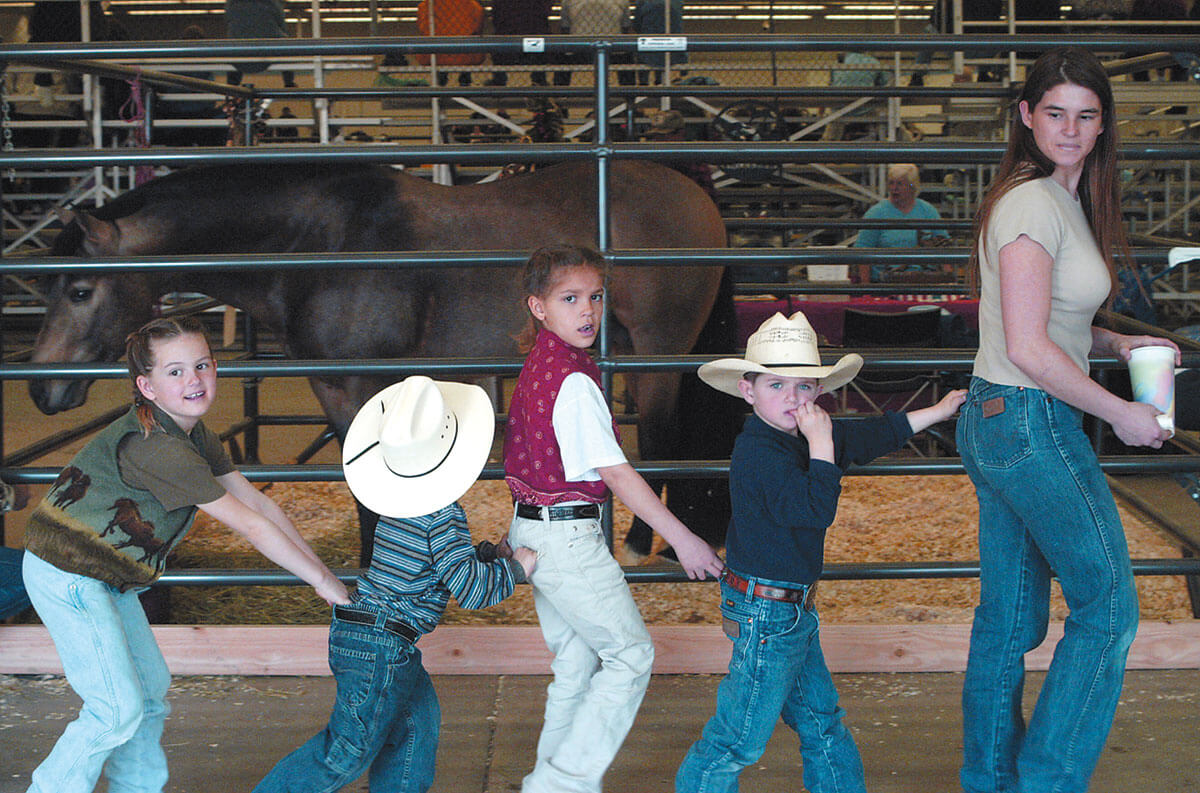 The warm early spring weather last February brought out the crowds to this year’s Horse Affairs, held for the fifth year in a row at the Western Idaho Fair Grounds in Boise on Valentine’s Day weekend. It’s the biggest such event in Idaho and draws participants and product displays from all over the country, plus showcasing equally talented Idaho based horsemen: Caldwell’s Shawn Deal as motionless as a fridge magnet riding Dun It In Buckskin. Emmett trainer Linda Kaye Jones acting out what a horse reads in your body language like a hyperactive muppet.

The BLM ‘s mustangs, including a seven-month-old cremello filly earlier adopted by 16-year-old Lindsay Scherer of Boise. She calls her Misty Eyed Lady, and she’s out of the dazzling wild cremello mare shown galloping through the Sands Basin on the “America’s Living Legends” poster and, at the show, was still only about 100 miles from where she was foaled.

Evening programs stirred the soul as a men’s chorus opened with the national anthem and a medley of the four service anthems, former and active servicemen standing when their song was sung. Instead of the evening programs of former years, nearly 20 different acts and stallion demonstrations paraded before full houses both nights, coordinated by Karen Chandler and Connie Gilbert.

All three days of non-stop activity in both The 40’ round pen and the 70 x 75 show arena were remarkably dust free thanks to “Sandman” Gary Little’s prehistoric sand. Slightly finer than Grape-Nuts cereal, he mines the material at his nearby ranch where nature laid it down eons ago.

Here’s a collage of images we collected at Horse Affairs.

Shawn Deal on Dun It In Buckskin

Publisher’s note. This event was put on by Sabrina Amidon. She did a fabulous job and is still very active in the horse community. “Cowboy Campground” is her newest endeavor. I truly enjoyed coming over with Jack Kintner (editor at the time) and meeting everyone!