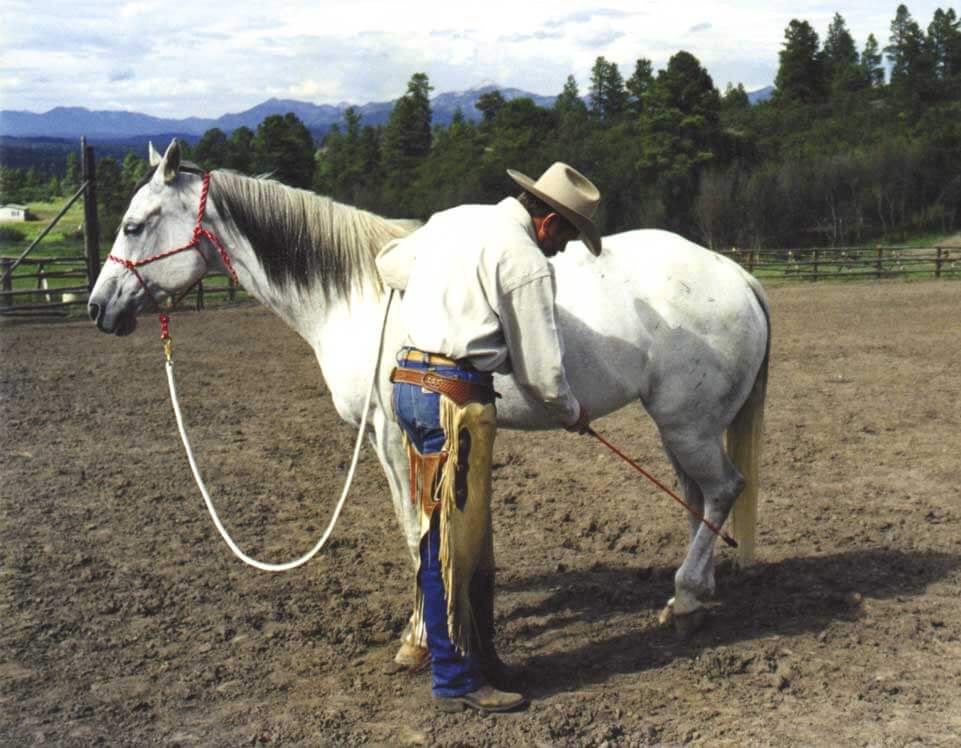 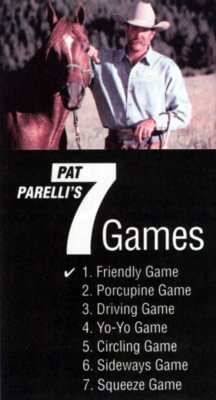 Seven Games and their role in establishing leadership as well as building a language between you and a horse … any horse.

The Friendly Game is number one of all the Seven Games because nothing else beats a good first Impression. When you want to meet someone, how would you first approach him. I like to think about introducing myself to a horse as positively as I would another person.

Unfortunately, most horses are commonly assaulted and abused during a first introduction. People trap them, force them into squeeze chutes, tie them up, tie them down, tie up a leg, blindfold them, throw a saddle on, jam a bit in their mouth, get on and ride the buck out of them.

Let’s consider another scenario: a horse that has already been ridden. Most of the riders he’s encountered just saddle up and get on, as if no preparation was needed. Then they kick him to go, pull him to stop and yank him around to turn. If the poor horse misbehaves or objects to being ridden this way, then out comes the armory of gadgets: The gadget that will shut his mouth, tie down his head, hold him in a frame or provide more leverage in order to correct “bad” behavior and have the horse submit. But, hey, it’s normal, so very few people ever question it. Yet with a little session of the Friendly Game, so much of this forceful, mechanical equipment and the militaristic attitude that goes with it can be avoided, creating more positive results.

Life as a prey animal is scary keeping vigilant watch every moment just to survive. To become our partners and quit acting like prey animals, horses need to overcome their innate fears and skepticism. The first step in helping them do this is proving that I’m a friend no matter what.

I believe if people could see things from the horse’s point of view, and if they knew of an alternate way to get results, they would choose it. Horses don’t need to be forced to behave. They can become our willing partners – naturally.

The PNH Seven Games were developed as a result of observing how horses communicate with each other. This system teaches you what kind of games to play, and in what order and for what purpose.

Game #1, the Friendly Game is without a doubt the most important of the Seven Games. Play it with your horse first, before anything else, and then continue to play it before, during and after each of the other Seven Games. You can play the Friendly Game with your lead rope, with a PNH Savvy String, with a PNH Carrot Stick, with a plastic bag on the end of a stick, with a saddle pad, or with your bare hands – use your imagination.

Play the Friendly Game from the tip of your horse’s ears, inside his mouth, down all his legs to the end of his tail. There is no part of your horse’s body you should not be able to be ‘friendly’ with.

The Importance of being friendly

To emphasize the power of the Friendly Game, let me give you an example of getting on a horse that’s never been ridden. All this involves is being able to play the Friendly Game at a high level. 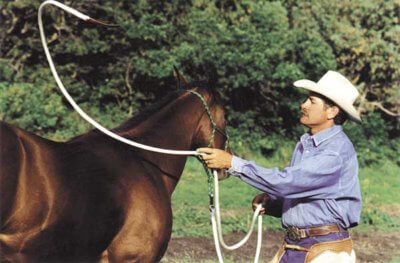 I have two focuses in mind: ·

I start by rubbing the horse in a pleasurable way wherever the horse will allow me (remember you can use your rope or your PNH Carrot.) 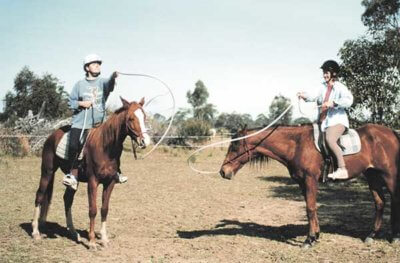 Stick to every part of his body and remain safe). I begin with areas he is comfortable with and gradually move to the ones he feels more defensive about. These are the “Wait a minute! I don’t know you that well yet!” spots. I take note of those areas and use them to measure how far I’m progressing. When the horse is no longer defensive, he is telling me that he trusts his body in my hands.

From there I increase my movements to see how much the horse can stand. Some horses are okay as long as everything is slow and quiet. These are horses that people learn to sneak around. I like to do the opposite and make a lot of commotion because that technique will actually help sensitive horses from becoming scared and flighty.

I hold my horses on a loose rope, so he has plenty of room to move around while I swing ropes, skip around, jump up and down and stagger around. The horse may be upset at first but will gradually learn that he is safe while you are doing all those crazy things. The whole time I am making a commotion, I have a smile on my face with non-threatening, relaxed body language. Pretty soon the horse is convinced that I’m harmless, no matter what is going on around him. During this process a horse can get pretty upset until he figures out he is not in danger. My experience and savvy level allow me to understand when to approach, how much to approach and when to back off. To leave the horse feeling scared is just not fair so I persist through the process, approaching and retreating, until the horse becomes confident and can relax.

The Friendly Game In the saddle

Once I feel the horse is making mental changes and begins to look at me differently, lowering his head and relaxing his muscles, only then will I take the next step and ask permission to jump onto his back. 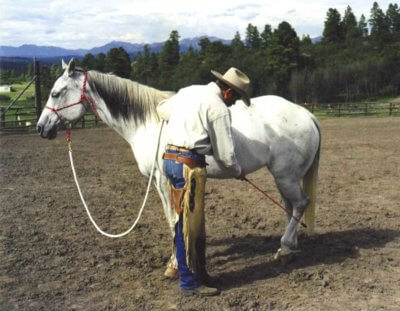 Being on his back requires a new level of Friendly Game and desensitization. But since I started on the ground, most of the work has already been done. Within a very short time the horse will allow me to lie on his back, kneel on it, stand on it and slide off his rump. Only then will I fork my legs over his back because that position is actually the most vulnerable one for me.

This entire process involved nothing but the Friendly Game. If I get this right, everything else will come quickly and easily because I’ve earned the horse’s trust. While I’ve been insistent, at no time have I been invasive and not asked the horse’s permission. I never act like a predator.

Horses are amazingly adaptable animals and arc very quick to make changes, probably quicker than any other living creature. 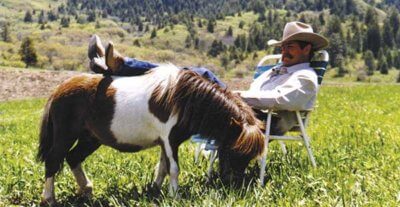 Once you have your horse’s trust, he will be ready to take on new challenges.

… Next month the second half of”Focus on the Friendly Game” 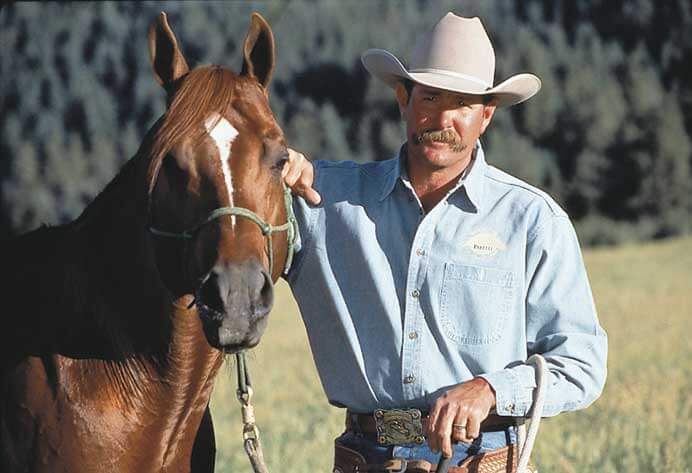