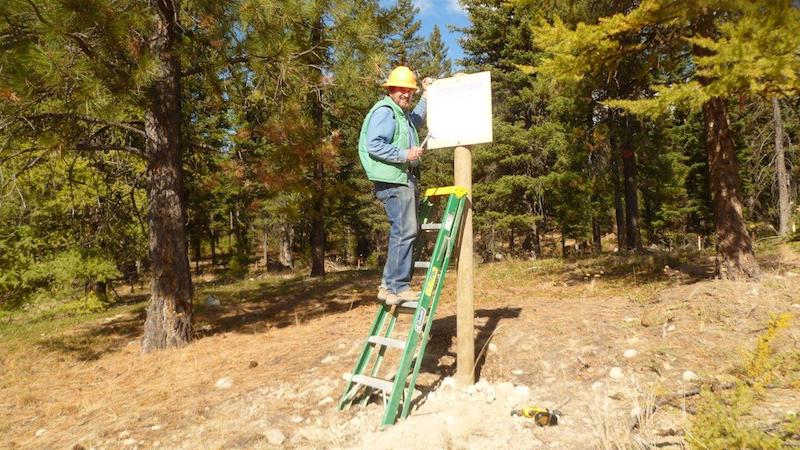 Continued Development of this Facility Needs Financial and Physical Support

By Bill and Jan Ford, Methow Valley Chapter of the Back Country Horsemen of Washington

Many of you have been to the very popular annual event, the Spring Ride, held each April near Twisp and put on by the Methow Valley Back Country Horsemen (MVBCH). Have you ever wondered what we do with the money raised from the ride?

Well, more than five years ago, we started plans for the North Summit Horse Campground (NSHC). This new camp will complement the Twisp River Horse Camp on the other side of the Methow Valley. There the trails are higher and more challenging than the scenic trails around North Summit, which are suitable for anyone, including inexperienced horses and riders. The NSHC is half a mile off Highway 20 and is easily accessible from several directions.

There was a positive response to a preliminary survey of potential users of the camp and a Forest Service Resource Advisory Committee (FSRAC) grant was secured. MVBCH committed substantial financial resources (raised solely from the Spring Ride) and many volunteer hours to the camp, then started working with the Forest Service on planning, surveys and paperwork needed to build the camp.

Finally, on September 15, 2017 the supervisor of the Okanogan/Wenatchee Forest Service and MVBCH signed an agreement to develop the NSHC. Almost immediately, on September 23, we broke ground and worked to get the internal roads laid out.

We started with the removal of 76 trees; several work parties and many volunteer hours were spent by MVBCH members and a contractor, bucking up the felled trees and getting them clear of the designated roads. Snow fell early so the contractor had to pull out his equipment.

Despite the very short window of opportunity, everyone worked hard during this time and most of the internal roads for the camp were laid out. In spring 2018, when the snow has melted, they can be completed and phase one of the campground (roads, entrance fencing and six complete camp sites) will be underway.

To date, MVBCH has paid out almost $20,000 in chapter-raised funds. Two grants totaling over $26,000 were received and used to cover site plans and Forest Service employee salaries. Members put in over 500 volunteer hours, and above all, there has been a great deal of perseverance on the part of the determined committee of three, Bill Ford, Cathy Upper and Pete Stoothoff, who, with the support of the Methow Valley Ranger District, have overcome the obstacles faced so far.

Finishing phase one requires another $30,000+ from MVBCH. This will cover construction and graveling of the roads and six campsite pads. Each campsite will have a table, fire ring and highline for four horses. There will be two manure bunkers and a toilet within walking distance.

Further grant funds and/or donations from individuals and organizations are needed before Phase 2 can be started. Plans include six additional campsites, bathrooms, more manure bunkers, horse water and a large central picnic shelter and picnic tables.

MVBCH would appreciate any financial and physical help for the NSHC. We propose single campsite sponsorships of $2,500; we already have one sponsor! Sponsors may be individuals, chapters, or other organizations. They will be recognized on the campground bulletin board. Smaller donations will also be recognized.

Meanwhile, we plan to keep up with as much trail work outside the horse camp as possible. We invite everyone who wants to keep trails open to come join us in our efforts—no horse required!

Back Country Horsemen of Washington is a 501(c)(3) organization with 33 chapters across the state. They are dedicated to keeping trails open for all users, educating stock users in Leave-No-Trace practices, and providing volunteer service to resource agencies. To find out more about BCHW go to www.bchw.org 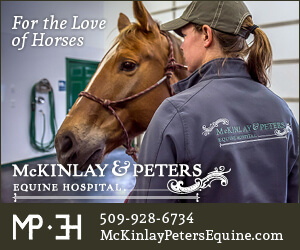