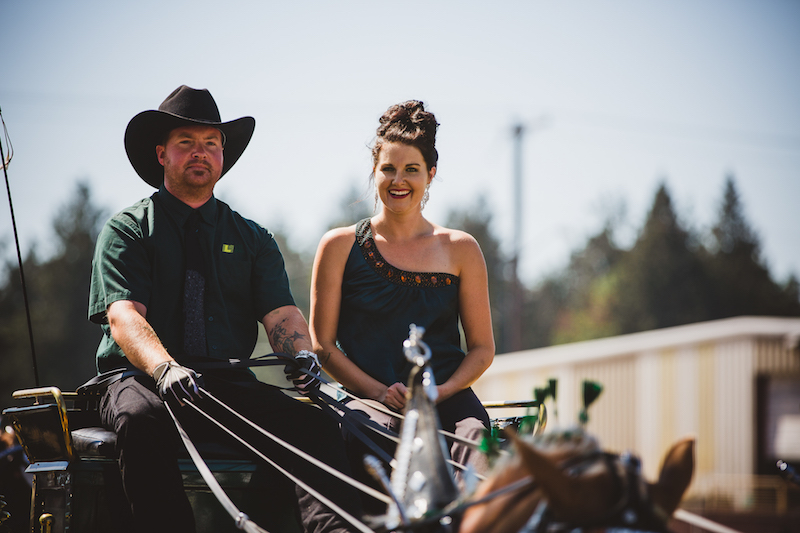 Lynden, Washington is known as the little Dutch town to most tourists. Lynden is the home of the famous Lynden Dutch Bakery, the Northwest Washington Fair, and some of the finest tasting berries in the Pacific Northwest. What people may not know about Lynden is that it’s also home to one of the most unique events in the state: The International Plowing Match.

Before tractors turned the sod of the farmer’s fields to prepare for planting, teams of draft horses were hitched to plows to work up the ground. Two kinds of plows were used: walking plows, where the farmer would hitch his team to the plow in front of him and walk behind, guiding in by hand, and riding plows, where the farmer hitches his team to the plow and climbs onto a seat behind his horses. In a plowing match, horses and their handlers demonstrate these tasks and are judged on their skill. Both kinds of plows may compete.

The following history of the Lynden Plowing Match is written (in part) by my great aunt Elvina Magill-Verduin who was married to my great uncle Cornelius “Cornie” Verduin. Cornie and his business partner, Jack Elliott, along with Fred Polinder Sr., were the original founders who began the plowing match tradition.

One spring day in 1942 as Cornie and Jack were driving through the country, and admiring the freshly plowed fields, one of them said, “Let’s have a plowing match.” Not knowing how to go about such an enterprise, they took a jaunt to Chilliwack, B.C. where the plowing contest there was well established. The Canadian Plowing Society members willingly gave them valuable assistance in organizing, classes, rules, scoring, and judging. A Canadian plow person even came down to Lynden to assist with the first match – which was a decided success in both displaying skills of the plow person, and attendance of spectators. Thus began the first all-horse plowing match in the United States. They named it the International Plowing Match because Canadians continued to participate each year (in a special Canadian class because their plows are very different from the standard American plow).

A set policy of the plowing match is that no admission is to be charged, and another is that things are to be kept informal; attendees are permitted to walk beside the plots, watch the horses at work, and visit with the plow person, if they so desire.

The International Plowing Matches were first held in fields donated by farmers, always in April so the crops could be planted on time. It is now held on the third Saturday in May. The first match was held on the Depot Road on land owned by Dick Rutgers. This land later became LTI headquarters. Another place was Harold and Sena Weidkamp’s property, now the Garden Drive residential area. Later, for a number of years, the match was held on the Pole Road on land Herman Miller leased from Bookey Farms.

In this way, the Plowing Match continued for many years. However, in 1982 the Northwest Washington Fair was asked to hold the match on the fairgrounds in conjunction with the new spring fair. This continued until 2009 when the match was held at the North Washington Implement site on Guide and Main Streets due to events scheduling. In 2010 the Plowing Match was moved to the field just west of Berthusen Park, on West Badger Road, where the Puget Sound Antique Tractor and Truck pulls are held. This site is intended to become its permanent home along with the Puget Sound Antique Tractor and Machinery Association.

Today, the International Plowing Match remains a significant part of the local heritage and is sponsored by the Northwest Washington Fair as well as other local businesses. Now in its 77th year, the International Plowing Association hosts the event. This organization is an active group of volunteers consisting of multi-generational plowing families and people interested in preserving the unique tradition of the plowing match. This year’s match will be held on Saturday, May 19, beginning at 10:00 a.m. at Berthusen Park in Lynden, WA. As always, parking and admission are free.