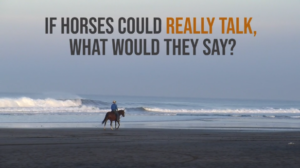 This documentary features over 70 of the world’s top horse people, and explores all aspects of caring for horses, from health and nutrition to posture, collection and advanced ridden work.
Elaine Heney, the movie director/producer explains: ‘It’s said that it takes a least three lifetimes to become a great horse person. So I decided to interview some of the most remarkable horse people in the world, and create this free movie. I’ve heard some wonderful stories from people who have watched the movie, about how the movie has really helped their relationship with their horse. I can’t wait for the 2019 premiere in a few weeks time.’ 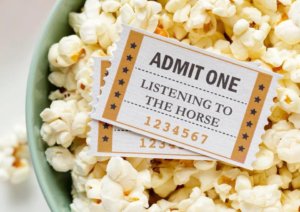 Elaine is no stranger to films. She was executive producer on ‘Out of the Wild’ which was filmed in Nevada and which won the Festival Directors Choice Award at the EQUUS Film Festival in New York in 2016. Her second feature film, ‘Soft Feel and Light Horses’, featuring Steve Halfpenny was released in 2018 to rave reviews across the world.
Listening to the Horse, will premiere for free online from Feb 27th to March 5th 2019. Get your free movie ticket today at www.listeningtothehorse.com.  If you need to contact us email greyponyfilms@gmail.com