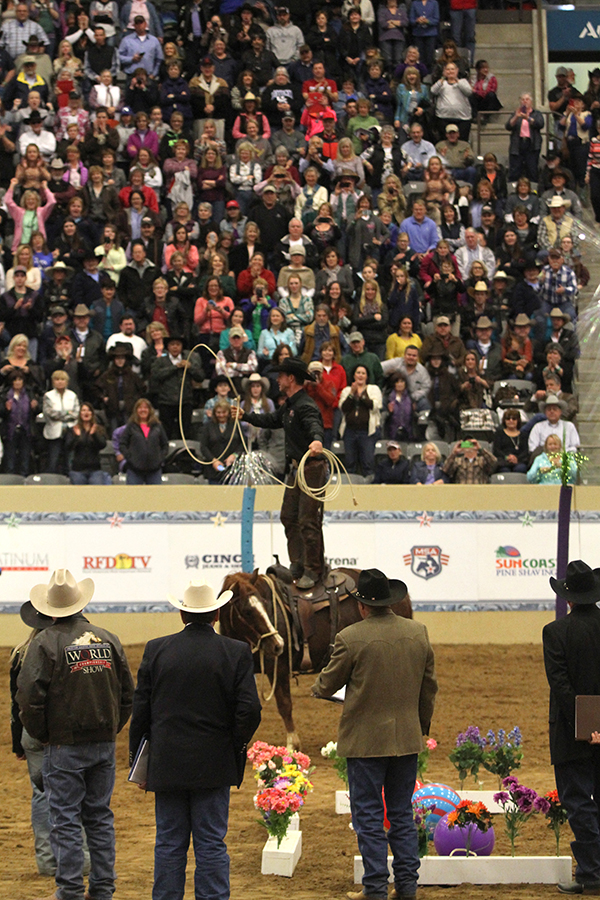 Since 2011, Road to the Horse fans have been guided by the commentary of Richard Winters. For years, every round pen session and every obstacle course has been led by the familiar and knowledgeable voice of Winters. In 2016, Winters will trade his sport jacket for a pair of old leggings and his microphone for a rope, as he opens the gate and enters the Road to the Horse round pen as a competitor. Can Winters conquer the Championship that he has discussed in every detail? Will Winters be able to stand behind his commentary? Fans at Road to the Horse 2016 will discover the answers to these questions.

“This is a big deal” testifies Richard Winters. “There are a lot of great horsemen and women who would have liked to have received this invitation. As Horsemen’s Host, I’ve been talking the talk for several years. Now it’s time to get out and ride. Cheryl and I will see you all in Lexington!”

For over 35 years, Winters has dedicated himself to honing his horsemanship skills and to passing this knowledge to others. Winters’ credentials extend from the rodeo arena and high desert ranches of the West, to being a highly sought after trainer, horsemanship clinician and expo presenter.

A vision of Steven and Tootie Bland, Road to the Horse was created with passion and perseverance. Steven and Tootie were believers in a message they wanted to share with the world. The message: create a relationship which is based on a foundation of trust with the horse, and everything else can be accomplished. Fans at Road to the Horse, follow the journey and witness an accumulation of a lifetime of passion and knowledge be put to the test as elite clinicians from around the world face off for the coveted World Championship of Colt Starting title. Fans witness partnerships develop before their very eyes, they witness the setbacks and witness the triumphs, as competitors build a relationship with an untouched 3-year-old American Quarter Horse which will then be put to the ultimate test, where only one can walk away with the World Championship of Colt Starting title.

Contact Tammy Sronce to discuss sponsorship opportunities available in 2016 at tammy@roadtothehorse.com or call 940-859-6512 for details.