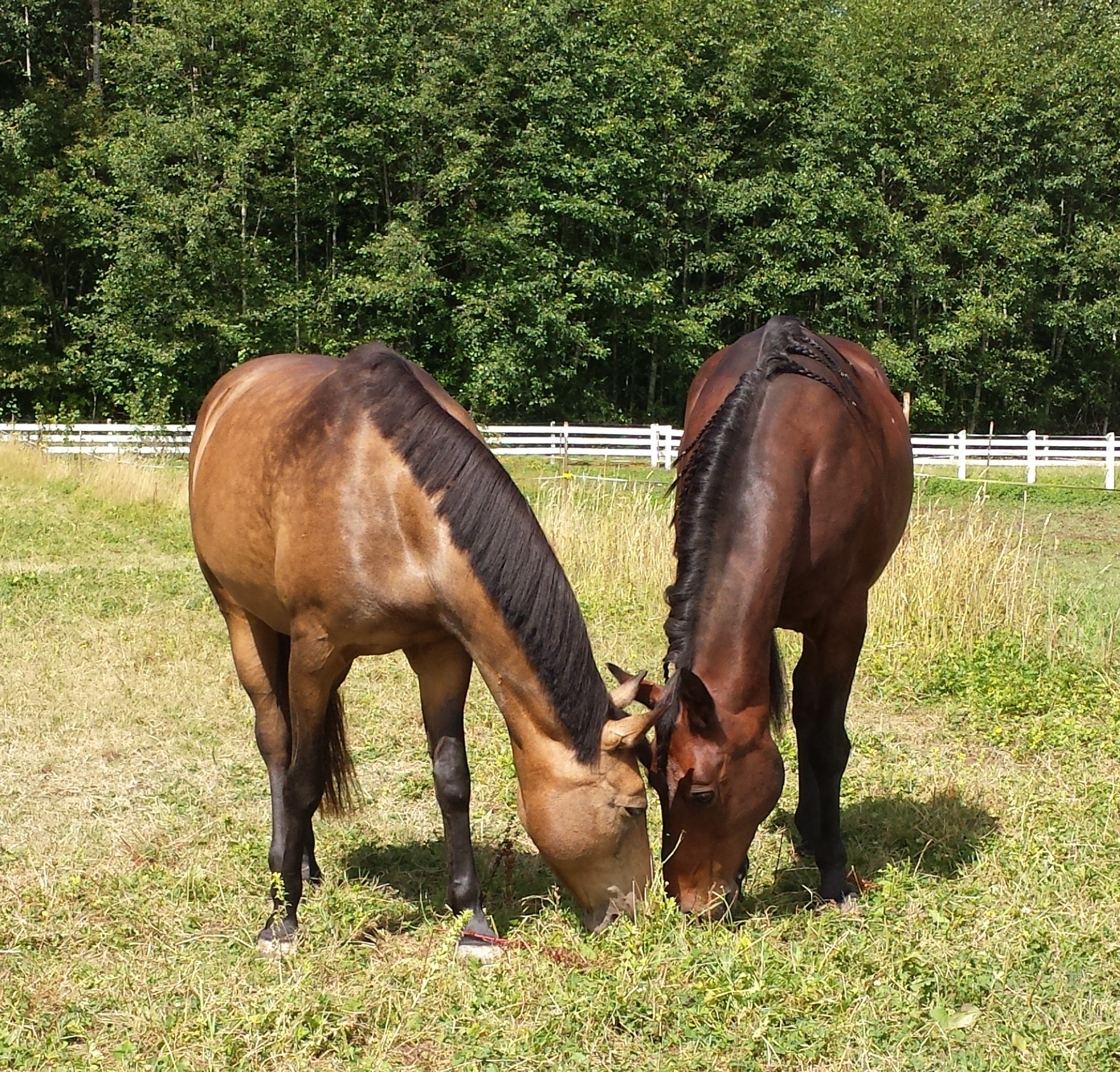 Moving cross-country is a huge endeavor in itself, but when you add horses into the mix, it gets exponentially complicated. After shipping two beloved equines from Kansas to Washington, here’s a bit of advice I wish I’d been given.

Due to my husband’s unpredictable job as a train engineer, we had to leave the horses temporarily at their boarding facility in Kansas as we shifted around the state of Washington. After finally settling in Bellingham, we did some research and picked a local stable. It was time to bring the ponies to our new home!

I researched several shippers on a popular bidding site, taking a careful look at their reviews and rates and looking specifically for those with horse hauling experience. After posting a couple requests to the shippers with the highest ratings, I hoped one of them would make a reasonable bid. My husband and I finally decided on an old cowboy with more than three dozen five-star ratings. His past customers raved about him and how well he took care of their horses. Even though he was over our allotted budget, we went ahead and hired the Old Cowboy from Virginia.

We hadn’t set an iron-clad delivery date, so I told Old Cowboy he could come when convenient (within the month). The end of one month turned into the beginning of the next, turned into the end of the next, etc. and so on. Finally, on a Friday in late September, he sent me an email saying, “I’m starting back toward Washington from Georgia on Monday, so if you’re ready I will go thru Kansas and bring your two horses as we planned.” Seeing as it was a Friday afternoon, everything in Kansas was already closed. That left me two weekend days to try and coordinate everything on the fly from 2,100 miles away. Enter the beginning of chaos…

Snag #1: Trying to get the vet to do a rush health certificate and get the paperwork in order. On the weekend.

Snag #2: Finding someone to pick up the vet paperwork to take to the barn.

Snag #3: My planned horse handler was out of town and there was no one around to prepare the horses and load them. Finding a horse-savvy contact is not easy. Especially last minute, on the weekend.

Snag #4: The barn owner – who would have been able to help out – was also out of town for the weekend. At this point I suspected alien abduction. The stress of the whole situation was beginning to make me twitch – literally. My left eyelid was going nuts.

Snag #5: On Saturday afternoon, I realized I hadn’t been to the bank. Old Cowboy preferred cash, and the ATM withdrawal limit was well below his fee. Fabulous.

Snag #6: The address I had cut and pasted to Old Cowboy? Well, seems the first digit was cut off without me noticing, so he went several miles off course before calling me to double check it. Yeah, I did that. Then apologized profusely.

Fast forward a couple panicky, anxiety-ridden days, and several more snags later, and the ponies were finally on their way. Communication during transport was sporadic at best, mainly because I didn’t want to pester him. He was nice enough to send a couple updates with pictures, and estimated he’d be in Bellingham Sunday night. Early Saturday evening, I called the stable we’d chosen to let them know he’d be arriving the following evening. I then called Old Cowboy to get a more specific time estimate and he told me he was an hour outside Bellingham. While my state of panic rose to new levels, I called the stable again and broke the news of the sudden change of plans. Then I apologized profusely (I was doing a lot of that).

When we got to the barn, Old Cowboy had already unloaded the horses. I ran to them, fawning over them with tons of kisses, pets and apologies. My gelding had an inch wide scrape running a good 10 inches down his left hind leg, and a wide one under his chin, but overall they seemed okay. Everything considered, I thought Old Cowboy had done a decent job.

After this experience, I swore I’d never leave my horses for that long ever again or have anyone else haul them. I’ve since reconsidered, but have a list of suggestions to anyone in a similar situation:

The above suggestions may not guarantee perfection, but if they help you avoid some of the problems I experienced, I’ll consider it a success. Good luck on your adventures, and happy hauling!

Lindsey Hayward is a freelance writer in Blaine, WA with a bachelor’s degree in animal science from Kansas State University. She loves writing about all things animal. Lindsey and her husband have two horses, two cats, a dog and a wild seagull named Turd Ferguson. Send her a message at [email protected]