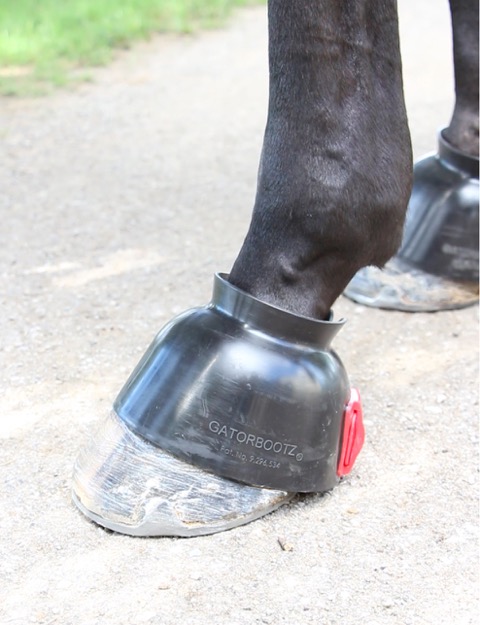 Did you know that more than a quarter of a million horses require bell boots for turnout? Many of the current choices last, on average, fewer than 100 days.

Lexington, KY – Until today there have been two types of bell boots: rubber pull-on and hook and loop (Velcro) overreach boots. These boots generally have one or a combination of all three failure points: 1) the Stitching, 2) the Velcro or, 3) the soft bell material. 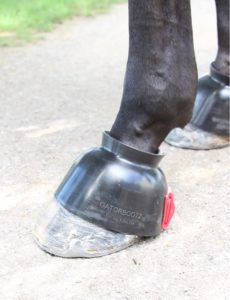 ThinLine has redesigned the traditional bell boot to protect horses, the environment and the horse owners’ pocketbooks. GatorBootz are a new take on the traditional bell boot. They have a unique fastener designed to open and close without the need for Velcro. Additionally, it latches at the hoof, not the ankle, meaning fewer rubs. Finally, the boot is made from a high-tear strength polymer that can take the everyday wear and tear that other boots can’t. It is designed to last.

We invite you to do the math. How many bell boots are being purchased each year and how many are ending up in our landfills?

Manufacturing companies in the equestrian industry are privately held; therefore, it is difficult to determine just how many bell boots are sold and subsequently tossed in the trash each year. After much market research, a conservative guess is well over 100,000 pairs a year.

Let’s look at a few of the pros and cons of the different types of boots that are currently on the market.

Pull-on boots are usually the ones you’ll find horses wearing all day long. They provide full-cover protection of the foot for horses that need it while turned out or during performance.

Pull-on bell boots generally protect well with little to no rubbing, but riders struggle to get them on and off. Generally made of a “gummy” polymer and has an average life span of about 12 weeks. Then, riders can improve their cardio fitness by putting on and taking off a new pair.

When pulling on rubber bell boots is too difficult, using a simple wrap around boot with a Velcro closure is the top choice of riders. Generally, the failure point of open bells is the Velcro. Dirt and vegetation stick to the Velcro, and the stitching is often the first to go. A good choice for a controlled environment such as arena riding but the time to failure for turnout is really not acceptable.

Our research has revealed many horse owners achieve fewer than two months from bells with this closure. It is our opinion the industry at large has conditioned consumers to purchase cheaper and cheaper bell boots so they may be considered “disposable”.

When riders add up how much they spend annually on bell boots, they discover perhaps it is not best for either their pocketbook or the environment to be tossing so much material into the dumpster, not to mention, when the boot fails, the horses are without protection. 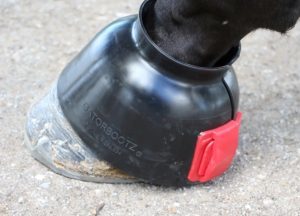 Scientists estimate it can take 50 years for rubber to decompose naturally. That’s a lot of material sitting in landfills. It is not a reasonable or responsible practice for the industry. This is why we developed a product that will outlast anything else on the market.

For a limited time, you can save instantly on one pair by using Coupon Code GatorBootz at thinlineglobal.com.