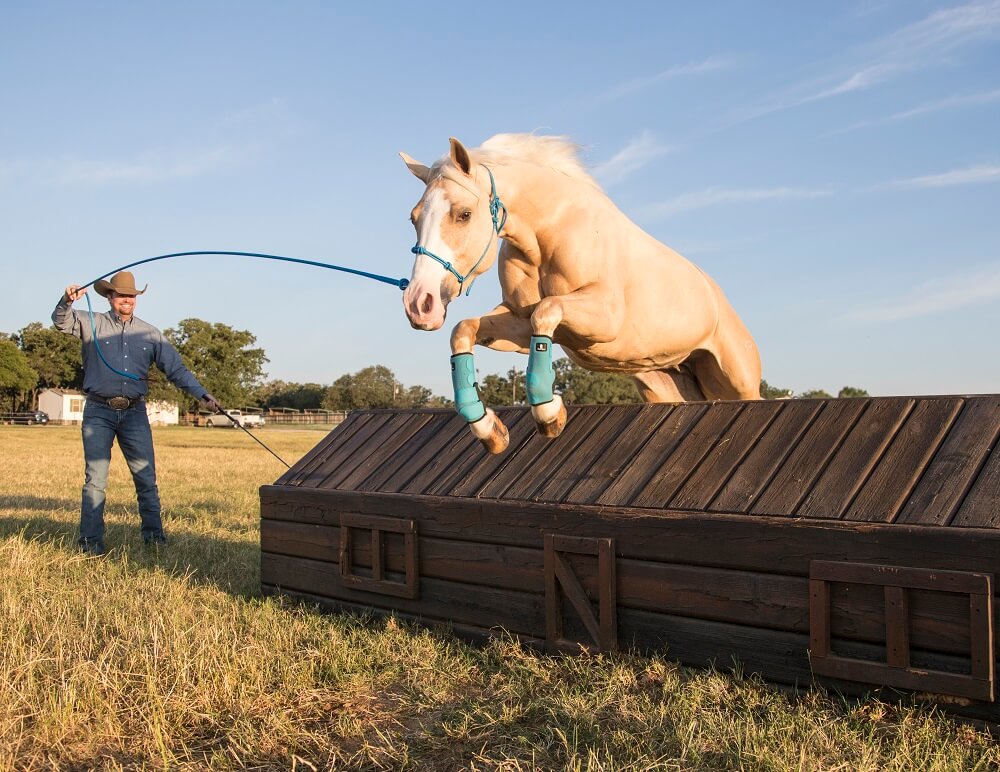 #1 Let the horse digest a correction. 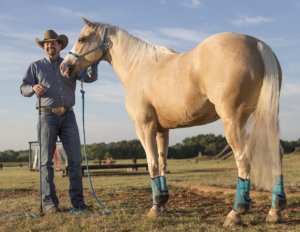 When you make a correction and your horse responds correctly, let him think about it. Literally stop and let the horse stand still and digest what just happened. You’ll find that if you give your horse a chance to process the situation, he’ll be less likely to make the mistake again.

Too many people get in a big rush during a lesson and end up being unfair to the horse. Think about when you were in school and were learning a difficult lesson. More than likely, when you finally had an “aha moment,” where the lesson finally clicked, you were given a chance to stop and process what you were learning.

If you were on the edge of figuring a lesson out and your instructor abruptly ended the session and switched tracks, you’d likely be right back at square one when you came back to the lesson. That’s what you’re doing to your horse when you don’t give him a chance to think about what just happened.

There’s a saying when training horses: It takes the time that it takes. It’s absolutely true. If you want a well-trained horse that respects and trusts you, you have to be willing to slow things down in order for him to understand what you’re asking him to do. 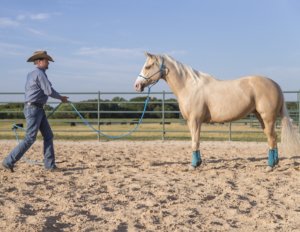 #2 Get quick about reading what the horse needs in the moment.
This tip has two parts. The first part is for the people who go into training sessions fixated on working on one or two particular exercises and focus solely on the exercise they’re working on with their horse. That mindset slows your horse’s progress considerably.

The second part of this tip is to train the horse that showed up for the lesson. In other words, your horse might naturally be cold-blooded and a bit lazy and you’re used to having to use assertive body language and increased pressure to get him to respond correctly. However, that doesn’t mean he’s going to approach every exercise or situation in that frame of mind. You’d be surprised about the number of cold-blooded, lazy horses who get hot and reactive when you ask them to step through a cowboy curtain or walk through a mud puddle. In those situations, you have to remind yourself to be the leader your horse needs in that moment. Don’t fall into the trap of pigeon holing your horse into a category and never assessing the type of leader he needs you to be. 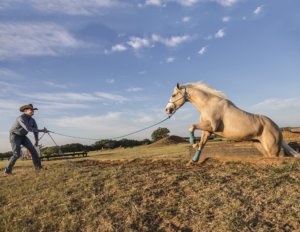 #3 Don’t hang out in a shade of gray.
Be black or white with your horse. He’s either responding correctly or he’s not. Don’t be wishy-washy with him or inconsistent about what you consider acceptable and unacceptable. For example, let’s say you’re past the teaching stage of teaching your horse to back up on the ground and are working on refining it. The first time you tap the air with your stick in front of the horse’s nose, he flicks a cigarette butt at you and half-heartedly shuffles backwards. You increase the pressure, looking for an energetic backup. As soon as he puts energy in his feet, you take the pressure away and reward him.

The second and third times you ask him to back up, he immediately takes your cue seriously and hustles backwards.

The fourth time you tap the air with the stick, he puts in a lot less effort than the two previous times but you let it slide because although he was lazy, his try was still better than the first time you asked him to back up. 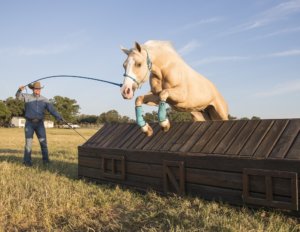 The fifth time you ask him to back up, he gives you the same amount of effort. However, this time you hear my voice in your head and you decide that you’re not going to accept his sluggishness and correct him.

Do you see how that’s confusing for your horse? Just a minute ago, you told him that being a little lazy was acceptable, but when he gave you that answer again, you changed your mind and made him feel uncomfortable for giving you that answer.

Put yourself in your horse’s place. When you were in school, I bet it’d be safe to say that you made the most progress with instructors who clearly laid out a lesson plan and made their expectations clear as opposed to instructors who were vague about what they expected and seemed to change their mind from one day to the next.

If your horse is not responding correctly, make your correction clear. Nagging a horse only teaches him to be resentful and dull. When the horse gives you the correct response, immediately release the pressure. That’s his reward for doing the right thing. The faster you can reward him when he finds the right answer, the quicker he’ll catch on to the lesson. 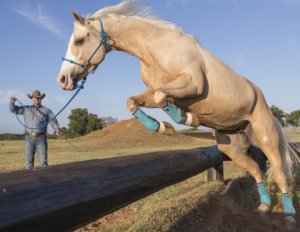 The quicker you can jump from black to white and vice versa, the faster he will understand. You want him to realize that you’ll make him feel uncomfortable for the wrong behavior, but as soon as he tries to do the right thing, you’ll be quick to jump back to the other side and release the pressure.

The problem is that most people want to hang out in a shade of gray. They don’t really know for sure what their expectations are, which means the horse isn’t sure what’s expected of him so he makes up his own rules. Let’s get that straight: If you’re not clear about what you want your horse to do, there is no hope in the world that he is going to know what to do either.

#4 Get out of the concept stage.
When you first teach a horse something, it’s called the concept lesson. In the concept lesson, your goal is to get the general idea of the lesson across to the horse. For example, if you’re teaching your horse how to back up, you would first want him to understand that when you create pressure in front of his nose, he needs to respond to it by moving his feet backwards. As soon as he takes a step back, you’ll instantly reward him by releasing the pressure so that he knows he did the right thing. 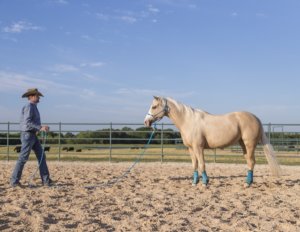 After the first lesson, you’ll work on perfecting the exercise. Each time you work with the horse, you’ll look for a little more improvement. It’s like teaching a kid how to write. In the beginning, if he keeps one letter on the page you think he’s Einstein. Every year his handwriting gets a little bit neater. You don’t expect a kid to be able to write his name and keep it neat all in the first lesson. You build on what he knows and keep encouraging him to get a little better every day.

This is probably the biggest problem we see with people who come to our clinics. Too often, we tend to get stuck in the concept stage and never expect more from our horses or ourselves. Challenge yourself. Set the bar higher.

Want to learn more about horse training? Join the No Worries Club by Clinton Anderson!

Get connected to horsemen around the world who, just like you, look to Clinton and the Method to stay inspired and build a better partnership with their horses. Learn the Method with Hundreds of step-by-step horse training videos. Get access to member-only training tools, insider horse training tips about how best to apply the Method, and exclusive deals and offers from Downunder Horsemanship.