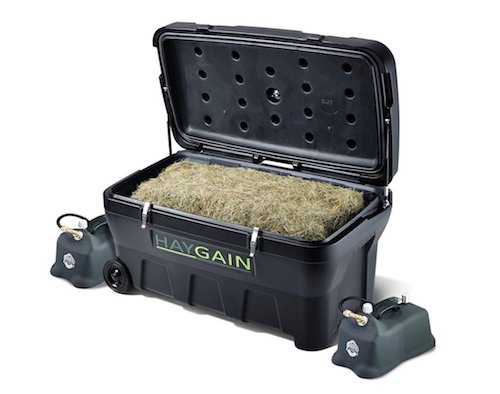 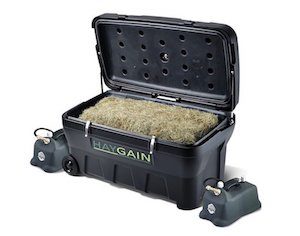 A cough is not the greeting you want to hear from your horse when you arrive at the barn. The source of that hacking may be as debilitating as recurrent airway disorder (heaves) or as minor as a warm-up cough at the start of your ride. A chief contributor to any respiratory problem is hay. Even the best hay can contain dust, mold, bacteria and other contaminants.

An estimated 80 percent of stabled horses suffer from some degree of airway inflammation. Soaking hay is not the solution as that method can boost bacteria by nearly 150 percent.

Hay is placed in the steam chest where Haygain’s patented manifold system ensures that cleansing steam penetrates the entire hay bale or flakes of hay. Perforated spikes shoot the steam into the hay to purify from the inside out, while heated aluminum plates help raise the temperature in the chest to optimize its thermal efficiency.

Haygain steamers are recommended by veterinarians and relied on by riders from Olympians to backyard riders throughout the world. Now available in the U.S. through Comfortstall®, Inc. (707) 838-4855. Visit www.ComfortStall.com/haygain-hay-steamers/.