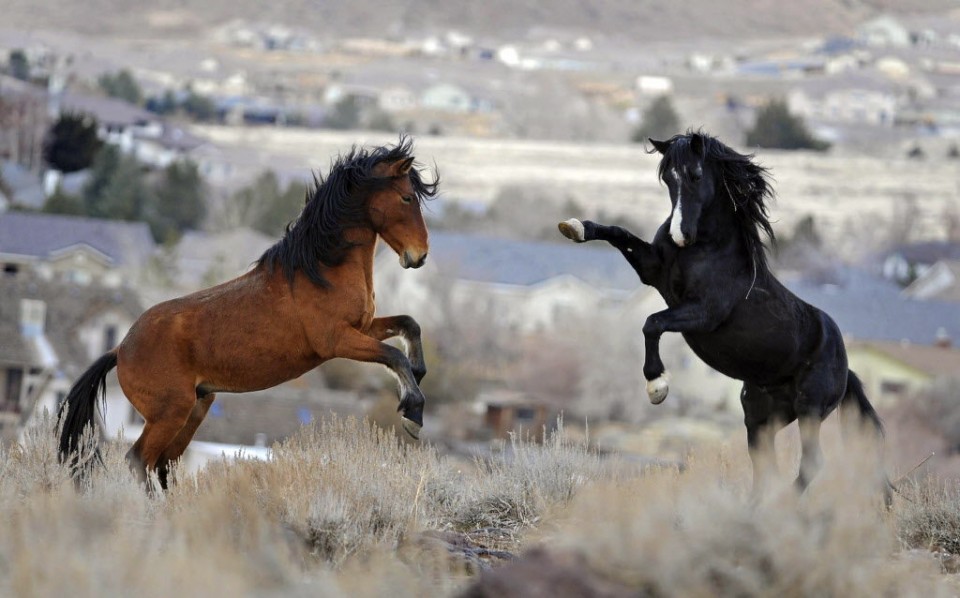 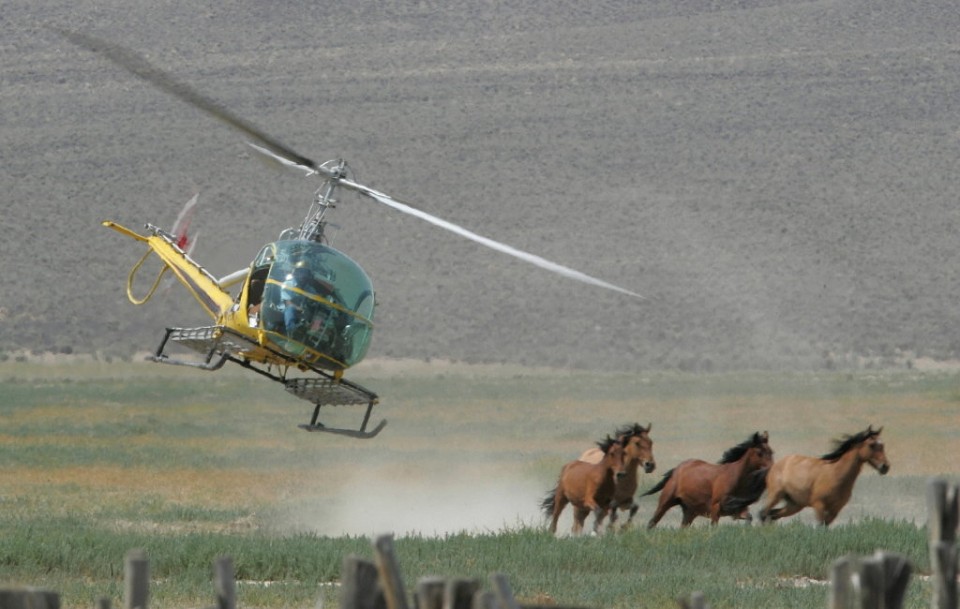 Wild horse advocates are calling for a stop to one of the largest roundups of wild mustangs in Oregon history. According to the U.S. Bureau of Land Management, the agency on Monday began preparations to gather up to 1,500 wild horses roaming freely on about 625 square miles of the Beatys Butte herd management area near Lakeview, in southern Oregon. The mustangs will be rounded up by helicopter. The aim is to reduce their population to 100. Officials say wild horses overgraze the land and negatively impact the environment, a problem compounded by the area’s extensive drought. Environmentalists say conflicts with livestock, which share the land with the mustangs, are driving the roundup. Horses that are rounded up will be available for adoption, though most will likely end up in government holding facilities.