Equine Wellness: The Basics of Biosecurity

Equine Wellness: The Basics of Biosecurity 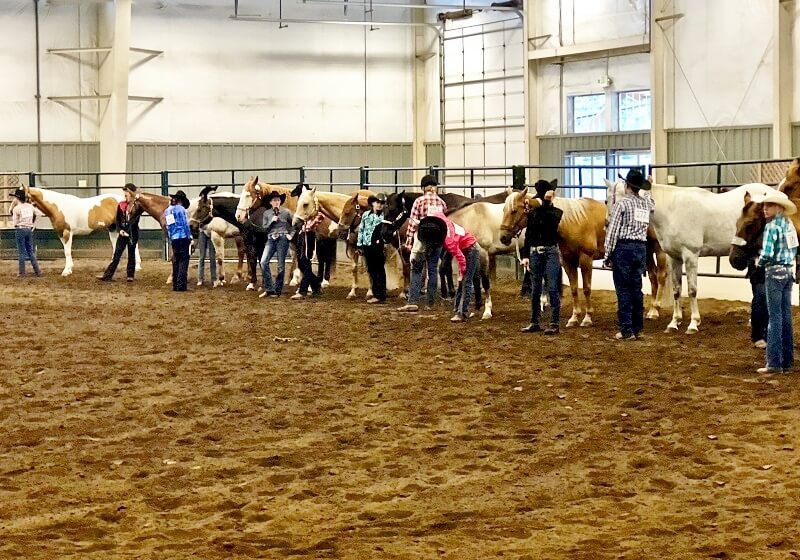 The 2011 National Cutting Horse Association Western National Championship wasn’t a good year in terms of a specific contagious disease: the neurologic form of Equine Herpes Virus type 1 (EHV-1). The event held in Ogden, Utah from April 29 to May 11 had over 700 entries that traveled from 19 different states and Canada. After the event, some horses went home, and others traveled on to other shows.

Word got out through social media before all the affected state veterinary offices were notified that there was big trouble. By the time state officials were able to track all the movements and establish quarantines, it was determined there were 421 primary exposed horses.

In total, there were 242 premises with exposed horses. Sixty-two of these premises had positive EHV-1 cases. In the end, there were 90 cases of EHV-1, 33 of which developed EHM. A total of 13 horses died or were euthanized.

It wasn’t until June 23, 43 days after the final day at Ogden, that the USDA considered the outbreak “contained.” Over 400 horse shows in California alone were canceled. The loss of life was tragic. The time, effort, and resources to treat sick horses was tremendous. The loss of training, showing, and competing was staggering.

This scenario is a rare event but serves as a dramatic example of why biosecurity is so important. For disease to occur, there needs to be a perfect storm of three main factors that intersect: a susceptible host that is exposed to the infectious agent in an environment suitable for that agent. Biosecurity is all about exerting control over these factors.

Biosecurity begins at home, well before you hit the road. Good animal husbandry is a fundamental aspect of increasing your horse’s resistance and reducing susceptibility to disease.

At larger farms, segregate differing groups of horses. For example, keep show horses separate from the horses that stay on the farm. New arrivals should be separated from the rest for three weeks. If possible, make sure new arrivals are current on vaccinations and deworming at least two weeks prior to their arrival. New arrivals could be incubating disease without obvious symptoms.

Not only should new arrivals be segregated but so should their discharges. The new arrivals should be the last horses to be handled and to have their pens cleaned. If they are shedding a pathogen, it can literally be carried on clothing, footwear, in wheelbarrows, on hoses or on implements. Ideally use items designated for the new arrivals and dispose of their waste in a separate area.

Fever can be an early indicator of illness. Take temperatures of new arrivals twice a day and keep a written record during the three weeks of separation.

When planning a trip or heading to a show, don’t be a Typhoid Mary. Make sure your horses are healthy before they leave. Monitor temperatures at least once a day for three days prior to leaving to help detect illness that would not otherwise be noticed.

You know your horse. If something’s off, such as appetite, stool appearance or amount, energy levels, etc., this is a red flag. Traveling could endanger your horse and cause a disease to spread to other horses.

Pay attention to what’s happening with other horses in your barn. If a cough, nasal discharge, fever or some other illness is spreading in the barn, your horse could be incubating the disease even if it has no symptoms when you hit the road. The threat is real; it might be better to stay home, for all concerned.

BYOB—bring your own bedding, buckets, implements, etc. Upon arrival, check out the stalls. Strip, clean, and disinfect before bringing your horse in. While at the show, refrain from sharing any tack or grooming supplies.

Avoid allowing nose to nose contact with other horses. Don’t dip hoses into your water buckets; there could be pathogens on the outside of the hose. Better yet, bring your own hose. Like the scenario with new arrivals, keep other horses and their discharges separate from yours. Finally, if you see something concerning, such as a coughing horse with a nasal discharge, report it to the show officials.

Biocontainment is an extension of biosecurity. It refers to containment of a disease once it has occurred. We’ll cover this subject in a separate article. Until then, enjoy your travels but don’t forget biosecurity!

The Northwest Horse Source has Much to Offer Our Advertisers!
Editor’s Postcard: Seasons of Change