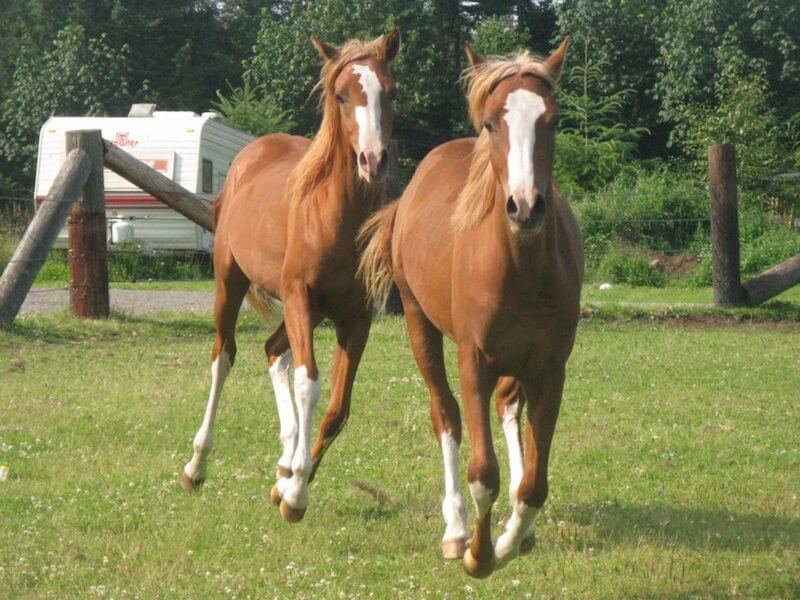 Turning Your Colt or Stallion into a Gelding 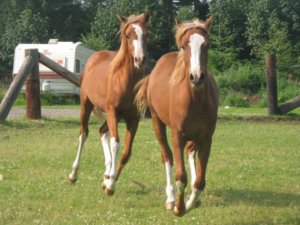 Castration, or the surgical removal of the testicles, is one of the most common procedures performed in veterinary surgery.  The common reasons for castration in the horse are for behavior modification and population control. Horses that are not castrated (or gelded) are typically more aggressive, difficult to train, and in many instances dangerous to people and other horses. Backyard and professional breeders have a responsibility to geld stallions not only for population control, but to decrease transmission of undesirable traits in conformation, temperament, and genetics.

Horses can be gelded at any age; however the procedure is easier and safer on younger horses. Older, larger horses may have more problems with post-surgical swelling and pain. Also horses that have been breeding stallions for awhile may exhibit learned stallion behaviors even after gelding. The typical age is around one year old although some colts are gelded earlier.

Before any surgery, the patient should be in good health and be current on Tetanus vaccination. Most veterinarians recommend a Tetanus vaccine be given at least two weeks prior to surgery. Stressful events around the procedure such as weaning, feed changes, or moving should be avoided. It’s also important to make sure both testicles are descended before surgery. The testicles migrate from inside the abdomen in the fetus and descend into the scrotum around birth. In some colts the testicles remain high in the flank and do not descend completely into the scrotum until after one year of age. In other cases one or both testicles remain completely in the abdomen or high in the flank. This is what is called cryptorchidism. Cryptorchid testicles have reduced fertility but will still produce plenty of hormones. Cryptorchidism is generally considered a heritable trait and is a good reason to geld. Surgery to remove a cryptorchid testicle is a more complicated and expensive procedure.

Castration can be performed either with the horse standing under sedation or completely anesthetized lying down. Both methods are acceptable and individual veterinarians often have a preference. In either case the sedation or anesthesia provides pain control to the horse, safety to the horse and doctor, as well as time to do a thorough examination to deal with possible bleeding or other post-surgical complications. After the testicles are removed, the incision is left open to drain. In older colts or stallions there is typically more tissue to remove and more blood supply which increases swelling. Having an open incision allows those fluids to escape rather than collect under the skin and be a source of infection.

For 24 hours after surgery, the gelding should be in a confined area to watch for excessive bleeding. Very rarely, some colts will have a small hernia in their body wall that may become enlarged during surgery. Unfortunately, once the horse is on its feet, intestines can start to come out of this hole. This is obviously an emergency and should be dealt with immediately. After 24 hours, the gelding must be exercised at least 15 minutes twice per day. The number one reason for excessive swelling post surgery is lack of adequate exercise. Movement encourages drainage and prevents the incision from closing too soon. In larger colts and stallions, your veterinarian may prescribe an anti-inflammatory medication such as “Bute” to help reduce pain and swelling.

This term has been around forever and has been used to describe a gelding who maintains stallion-like behavior after castration. The thought was that if part of the epididymis (sperm storage site next to the testicle) was left in the horse, it would still produce testosterone and result in the negative behavior. The epididymis does not produce hormones, although if left in place could result in more post surgical swelling and infection. More than likely this term describes a horse that is supposed to be a gelding but has a cryptorchid testicle that was left in the abdomen. These “geldings” will maintain strong stallion behavior but no visible evidence of a testicle would be there. A simple blood test can be used to determine if this behavior is the result of a retained testicle or is rather a behavioral/training issue.