Build a Partnership with Your Horse

If you’ve spent much time in the saddle, chances are you’ve come across a horse that pins its ears. Whether you are riding such a horse or you are riding in a group that includes this kind of horse, you know how unpleasant it can be. More importantly, the aggressive ear-pinning horse can be dangerous.

Why do horses pin their ears, and what can we do about it? Horses use physical actions (body language) to communicate clearly with each other; laying their ears back is just one example. When a horse pins (flattens) his ears back to his neck, he’s saying, “Get away from me,” or “Keep your distance!” Flattened ears may also mean, “Watch out, because if you don’t move away, there’s going to be trouble!”

Mares tend to pin their ears more than male horses, but either sex can develop the habit. With some horses, this is just part of their nature. It could be a horse who’s especially territorial and wants to let other horses know they’re getting too close. Or, the horse may just have a dominant personality. In any case, the horse that’s pinning its ears is clearly letting both his rider and other horses know he is not accepting the immediate situation.

It’s natural for your horse to flick his ears back to register another horse’s approach. He may even briefly flatten his ears to give a warning to the other horse not to get in his personal space. This causal pinning of ears means, “I’m not happy about this and I’m letting you know.” What we are concerned about is the horse that quickly and aggressively pins his ears and then swings his head to bite. He may also swing his hindquarters to kick. This horse is saying, in no uncertain terms, “Look out!” This kind of attitude can be a nuisance at best and, at worst, a serious danger to other horses and riders.

If you are the rider on an ear-pinning horse, remember that it is up to you to avoid potential accidents every time you’re in the saddle. Your horse will react to what happens around him, so it’s your responsibility to think for both of you and keep safety in mind. Inform the people you are riding with that your horse is territorial, dominant, or anxious about other horses. Forewarned is forearmed!

Keep a minimum distance of ten feet (on both sides, front, and back) between horses when you ride in company. If you allow horses to get any closer, they can make potentially dangerous contact with each other or a rider before you can react in time to prevent it. Stay aware of where other horses are in relation to you and your horse. Do not rely on other riders to maintain the minimum ten-foot distance between horses. You are responsible for where your horse is at all times.

A common error many riders make is to tunnel their vision and focus their mind on the middle of their horse’s neck or head. We have to remember to take in the whole picture and not just focus on one thing.

If your horse aggressively pins his ears, immediately act to change his focus from the other horse(s) to you, the rider. Make a transition to distract his attention and refocus his concentration from the other horse(s) to your commands. This may mean trotting for a few steps, doing a turn on the forehand, or backing up. Obviously, you want to be sure that any gait transition will keep other horses and riders out of harm’s way.

Many riders want to react by hitting their horse when he pins his ears. I would caution them that when you use physical discipline, if your timing is off by even a second, you could end up confusing the horse or even make him more aggressive. Instead, I suggest using vocal discipline. Get bossy with your voice! The moment your horse pins his ears, say “No” in a sharp, stern tone. Take charge with your voice, then immediately do something else, such as a gait change, to redirect his concentration and change his focus.

It’s also a good idea to change positions with other riders throughout a trail ride so your horse doesn’t get the idea he always has to lead, bring up the rear, or be in the middle. The goal is to have your horse focused and listening to you, rather than fretting about the horses around him.

Another method I use to help break the bad habits of the ear pinner is to pony him. Ponying is leading one horse while you are riding another horse next to him. I ride a “good faith” horse—one that is steady and reliable—and lead the ear pinner. For safety’s sake, always teach a horse to pony in an enclosed area such as a ring or small paddock before going out on the trail or into a large open area. You should have control of both horses and be able to stop, turn in both directions, and back up before you head out of the enclosed area.

When you do go outside the small area, the ear pinner will have interesting surroundings to focus on rather than directing his negative attention to the horse next to him that you are riding. When the horse flattens his ears in reaction to the other horse you are riding, immediately take the longe line you are leading him with and shake it towards his face. This will make him move away from the horse being ridden and teach him that ear pinning is unacceptable. In addition, remember to use your bossy voice and say a loud “No!” whenever he pins his ears.

When you feel confident after many ponying sessions, tack up the ear pinner and use him to pony another horse. The end result is a horse that is more tolerant and will not express a territorial attitude by aggressively pinning his ears. That means a happier ride for you.

Keep in mind that ear pinning for some horses just may be part of their temperament. It may not be possible to get them to totally stop even with training. However, by being a conscientious and consistent rider, you can lessen their aggressive reactions and make them more pleasant to ride in company.

Learn about our valuable training products at www.lynnpalm.com or by calling 800-503-2824. 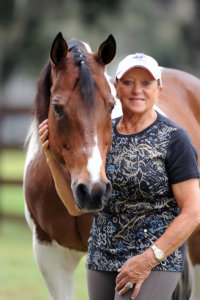 Lynn Palm is the author of The Rider’s Guide to Real Collection and Your Complete Guide to Western Dressage. Her accomplishments include 2007 American Quarter Horse Association (AQHA) Horsewoman of the Year; AQHA Female Equestrian of the Year by the Women’s Athletic Association; named one of the top United States clinicians by Horse & Rider magazine; recipient of over 40 World and Reserve World Champions in AQHA and WDAA; USEF Western Dressage Horse of the Year and multiple USDF Champions; AQHA, ARHA and USEF Western Dressage R Judge. Lynn has given more than 50 bridleless exhibitions at events including the National Horse Show, 1989 World Cup, the 1996 Atlanta Olympic Games, 1996 World Cup, World Equestrian Games, and FEI World Cup. 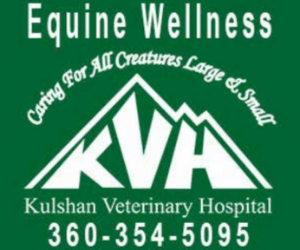