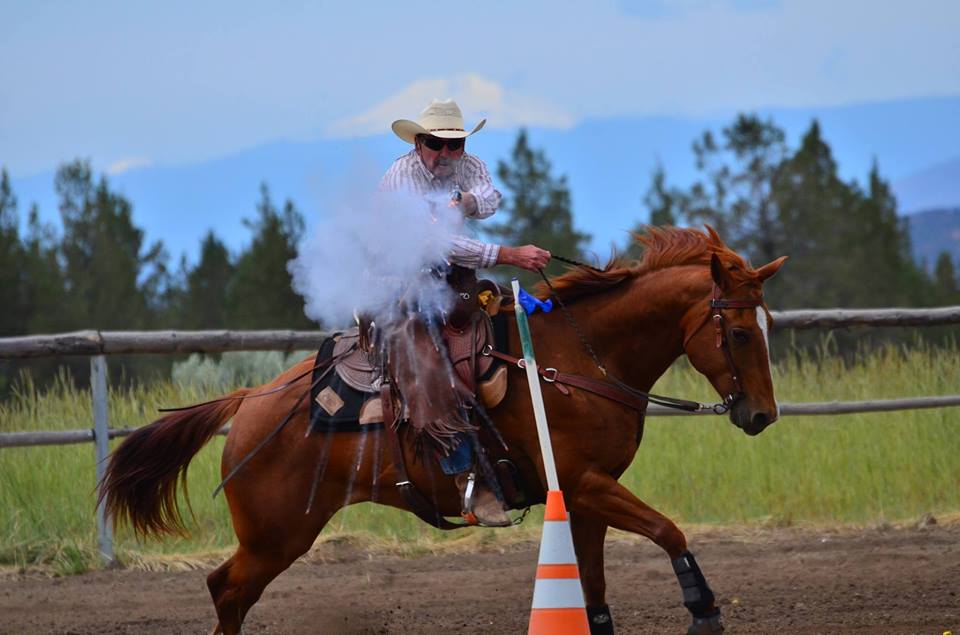 The Cowboy Mounted Shooting US Western Nationals was held in Las Vegas at the South Point Casino and Arena in late July/early August. There were over 60 participants from the Pacific Northwest and northwest shooters made their presence known in a big way. We certainly had the biggest and loudest cheering section with competitors from Washington, Oregon and Idaho cheering each other on, even in those classes where we were also competing against each other.

Join the WWMS or Kittitas County Mounted Shooters on Facebook. Club Websites: www.WesternWashingtonMountedShooters.com, or www.kittitascountymountedshooters.com. Or call/email Karen Plumlee, Secretary, WWMS: 425-985-8321 or missionfarrierschool@hotmail.com for more information. Also go to http://www.cmsaevents.com/events/ to check out events in your area.