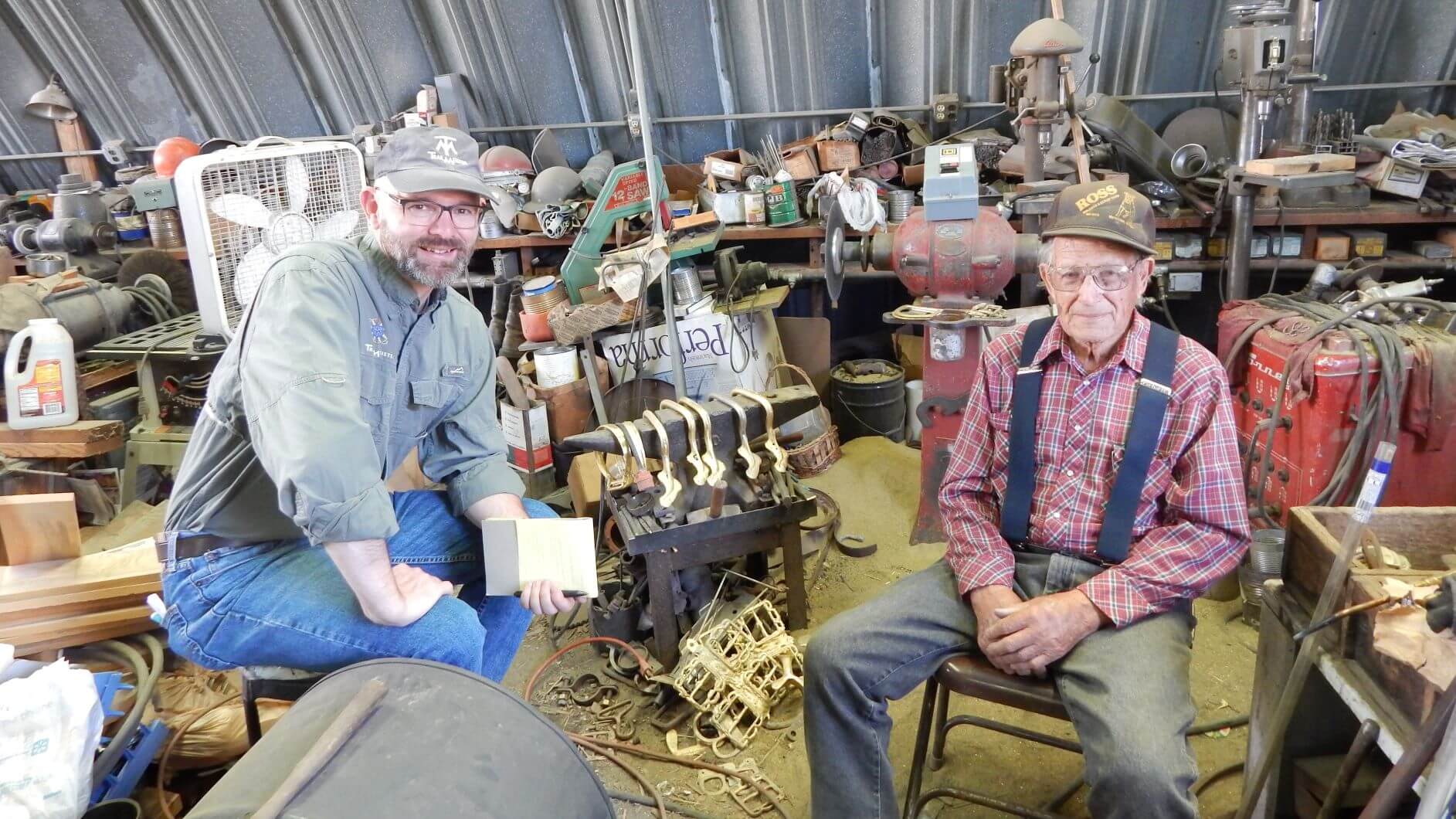 “It gives you a good feeling,” says Herb Bork when describing seeing his creations in use. Photo by Robert Eversole

Mountains of bronze dust stand as testament to years spent crafting saddle hardware. A mound of black sand silently waits to help form yet more bits and bobs that will go into untold saddles across the world.

Herb Bork has been melting and casting bronze for well over 40 years outside of Stanfield, Oregon. Everything from stirrups, to saddle horns and rigging plates, to decker bars and even buckles. If it can be cast in sand, Herb Bork can make it—and probably has.

Herb Bork was born in 1921; as a youth he loaded pack strings hauling tomatoes out of Joseph, Oregon. After college and stints in the Army, including time on Guadalcanal in 1943, Bork taught business skills as a high school teacher. To help his students earn tuition money, and to teach business principles, he started a cinch-making business. Bork taught his students how to run a business and the skill of cinch making. “It was a general business class and cinch making was the laboratory,” Bork says.

After he had trouble finding the metal parts required for the cinches, Herb left cinch making in 1982 to focus on creating the metal castings needed for cinches and saddle making. He’s been in his shop ever since, making countless dees, rings, hooks, stirrups, horns, and plates used in saddles.

There’s a good chance that some of the hardware in your saddles is based on a Bork design, even if it wasn’t born in Herb’s Oregon foundry. Many Bork designs and names have become the industry standard. If your saddle has an EZ rigging dee, chances are it either came out of the Bork foundry or was inspired by what did.

Metal-making as It’s Been Done for a Thousand Years

Bork’s shop is filled with various pieces of metal casting equipment. Stacks of mold flasks surround a home-built furnace where the metal is melted prior to pouring.

Sand casting is the oldest known metal casting process, and can be traced back to earlier than 1000 B.C. It’s the most versatile, and probably the most widely used metal casting method. Herb’s process and his material options have all come a very long way, of course, but the fundamentals are relatively unchanged. In a bed of sand, he creates a cavity the shape of the part desired and pours molten metal into it.

During our visit Herb demonstrated making a mold for lash hooks. A positive pattern called a match plate is clamped between the two halves of a flask mold that is then filled with black sand. A jolt and squeeze machine compact the sand in each half of the mold, creating an imprint of the match plate. Once the match plate is removed, paths for the metal to flow are made in the sand, and the mold halves are reconnected. The mold is now ready to be filled with molten bronze.

Despite “pouring like molasses in January” manganese bronze is the metal of choice for the vast majority of Herb’s creations for its resistance to sweat and its strength. Bread loaf-sized ingots lay stacked on the floor waiting their turn in the furnace glowing brightly at 1,850 degrees.

“Sitting around doesn’t appeal to me.”

Herb says he appreciates being able to go to the shop and work every day — making the molds, pouring the bronze, sanding and finishing the pieces, as he’s done for over 40 years. He still has orders to fill.

Custom saddle makers wanting a reliable supplier are the majority of Bork’s customers. And he takes that responsibility seriously as he moves smoothly through his foundry, creating various styles of rings, stirrups, saddle horns, and plates and other saddle hardware for one client at a time.

Says Bork, “At 99 everybody thinks there’s something wrong with you if you don’t retire. But sitting around doesn’t appeal to me.”

Herb Bork can be reached via www.borksaddleryhardware.com. 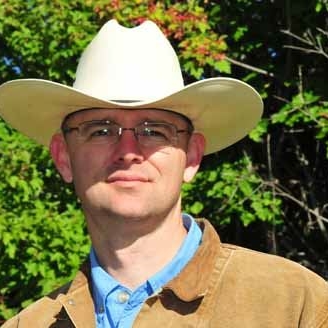