BCHW: The Voice of the Trail Rider

BCHW: The Voice of the Trail Rider

How BCHW Works to Benefit All Equestrians

BCHW is beneficial to every trail rider in Washington State and yet it seems many riders are not even aware it exists. We volunteered over 70,000 hours in 2015 repairing and maintaining trails on public lands in Washington State.

BCHW has cooperative agreements with the USFS, DNR and other agencies and works with WTA, PNTA, Mountains to Sound Greenway and other user groups, packing crews and equipment into the backcountry for their trails maintenance crews. BCHW has even lent its voice to Back Country Horsemen of California to keep packers (equines) in Yosemite. We are affiliated with the national organization, BCHA and we do occasionally lend our voice to other states to assist their public land managers in making less restrictive decisions. 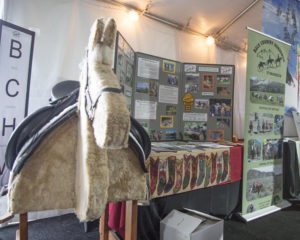 The fact is most of the horse owners/trail riders in Washington State will never get into the “back country.” Most of us ride in the front and middle country, but most of that is on public lands as well. I did not realize how important a membership organization like BCHW is to keeping the front, middle and backcountry public lands open until I got involved.

Simply, BCHW works for the benefit of all equine owners by being diligent with public agency land managers and looking to ensure that the trails in this state stay open to public use. Membership numbers are important to assist our legislative and public lands folks when talking to elected officials and public land managers. Consider joining BCHW to help ensure public lands stay open in Washington State.

Check out BCHW’s website and the Trail Head News, our opportunity to “toot our own horn” about all the great partners the organization has, the trail work we accomplish each year and our fundraising events.

Back Country Horsemen of Washington (BCHW), is a 501 (c) (3) organization with 33 chapters across the state dedicated to: keeping public lands open and trails usable for equines; educating horsemen and other users in Leave-No-Trace practices; and providing volunteer service to Washington State public land agencies. In 2015 Back Country Horsemen recorded over 70,000 volunteer hours working directly on trail maintenance and on public lands issues that directly affect trails access for equine users and other user groups. Join today and help us through your membership for leverage with lawmakers to keep trails open. Locate a BCHW chapter or join us online at http://www.bchw.org/