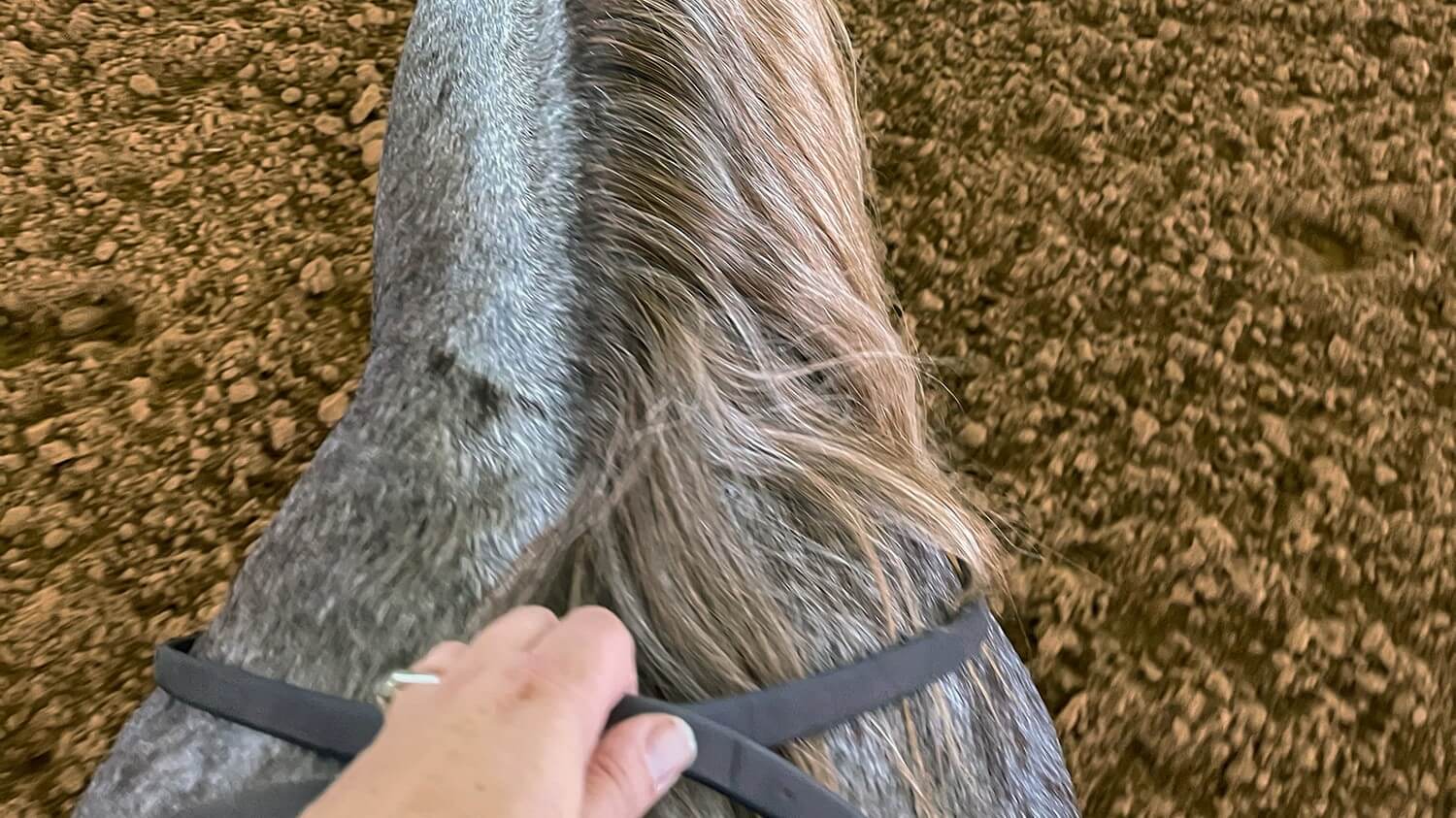 Back in 2011 I competed in my last National Reined Cow Horse Association (NRCHA) show. I got married in 2013, and along with that came a precocious 4-year-old boy. I didn’t think anything would pull me away from the horse industry, but it turns out motherhood was the thing. In 2014 I became a Realtor® and took down my horse training shingle for good. I sold off all but my dearest horses, who would learn to live on the shoestring budget of a new Realtor®. I looked away from the industry where I’d spent the past 15 years of my life.

My husband and I had two daughters and with each child my heart has filled but my body took a hit. Our real estate brokerage grew, and with that came more responsibility and a greater time commitment. We bought acreage and built a home, the barn I always wanted, and now have the space for family trail riding. The kids grew and started school. We expanded to cover our brokerage in my hometown in Alaska. Our lives became full and time for horses became scarce.

It turns out that I’ve never ridden without a goal. What is there to work towards without a goal? I wrote this while sitting in the stall aisle in Fort Worth at the NRCHA Snaffle Bit Futurity, a place I never thought I would see again. How did I get here?

A few years ago, I flew to California to support a dear friend of mine from the horse industry whose husband passed away suddenly. While there, we went to visit her horse at Justin Wright’s training barn in Santa Maria.

I have known Justin since he was a mischievous 12-year-old and I was a 20-year-old college student. Over the years he has become one of the top cow horse trainers in the world and has developed a well-respected program. It was the first time I’d allowed myself to even watch the industry since my life change. That day stuck with me like a pebble in my shoe, and after about a year, I called Justin and asked him to keep an eye out for a prospect for us to send to the futurity with him. I could be an owner, right?

Fast forward two years and in an upside-down pandemic world Garth first showed in Reno. My husband Lee and I took our first trip together without kids to be there. Justin and Garth had a decent show and won the incentive for the horses bought as yearlings at the Reno SBF Sale. Reno is where I first learned about the NRCHA when I was a participant of the Cal Poly Quarter Horse Project; it was wonderful to see old friends and experience it again with my husband.

Even though I spent half my life in the arena, these days I feel like I’m in someone else’s body on a horse. Two c-sections and one autoimmune disease have made things challenging, and to be frank, a little embarrassing. I have maintained that I will just be a happy owner, content to cheer from the stands.

Heading to Fort Worth, Justin called, worried that Garth wasn’t where he needed to be to make the finals. Justin is only eligible for the top division and only 30 horses out of 300 make it back to the finals and a chance at winning the event. We made the decision to bring him anyway. If nothing else, the experience is so good for these 3-year-olds, and stubbornly, I just wanted to be there. Justin indulged me.

I was in Fort Worth for 10 days and Garth had a solid performance. He isn’t going to be an aged event winner with Justin in the saddle, but he is very talented, and Justin and his crew have done an amazing job training him. In those 10 days, I was able to ride him often, and I wouldn’t be truthful if I didn’t admit there were times riding him around that I was choked up. I was so completely happy.

As a competitor, the horses I won on did so because we had a special bond. Garth feels like that type of horse. In a plot twist even I didn’t see coming, I have decided I’m going to try to throw my hat back in the ring as a non-pro and show him in the aged events next year. I am wickedly out of shape, out of practice, and lacking in confidence. And while I’m being transparent, I’m nervous to go down the fence again. I don’t have time, it’s crazy expensive, and I’ve been conscientious about not pushing my kids or husband into the horse show world. However, it has been Lee’s support, and support from my friends and family that has made me feel like I could try again.

So, stay tuned for some raw reports from the non-pro perspective next year. I’m going to do my best to set some realistic expectations but work hard in the meantime to be prepared.

See this article in the November 2021 online edition: