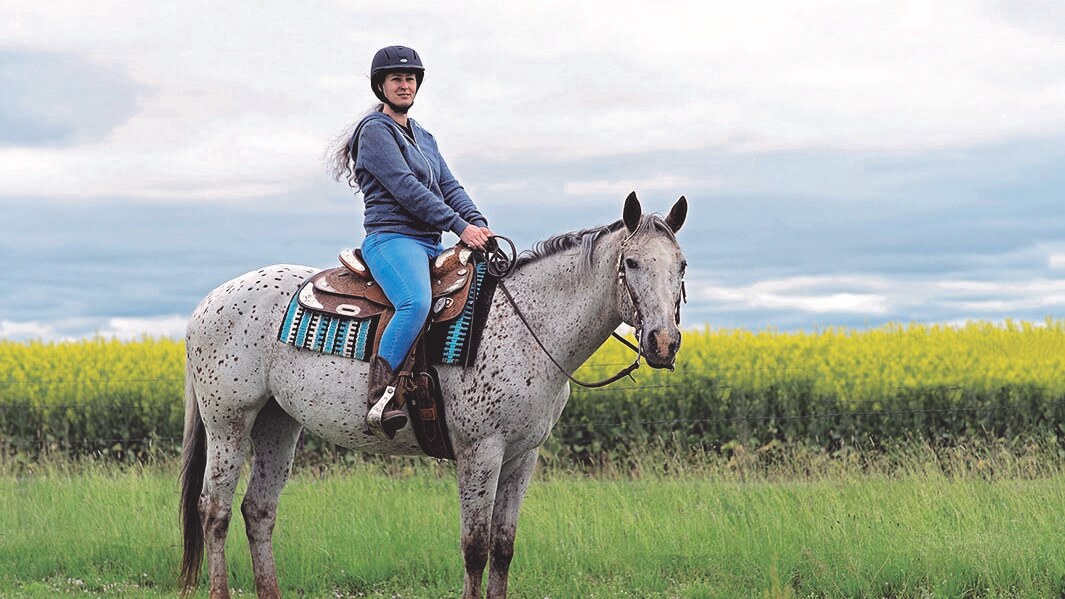 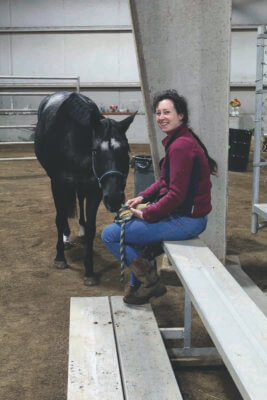 My name is Evelien and I live in Spokane, WA. Two and a half years ago I left my home country, the Netherlands, to pursue a graduate degree in anthropology at Washington State University. Before I moved to the States, I envisioned myself immersing in the local equestrian community and learning about real American horsemanship. I have been “horse crazy” all my life, and am particularly interested in all the different horse cultures around the world. Horses are everywhere, and each country has their own breeds and unique ways of doing things. Moving to the U.S. for five years would be the perfect opportunity to learn what western horsemanship was all about!

After some time in my new home, I decided to reach out to the local equestrian community through Facebook in the hopes of finding a horse that I could groom or ride occasionally. Darlene Neisess from Vision Quest Appaloosas contacted me and said, “One horse? How would you feel about 17?” I felt like I had hit the jackpot and could not believe my luck when I realized her horses were Appaloosas! Can it get any more American than that?

Until recently Appaloosas were a rare sight in the Netherlands. In Dutch pastures and polders you will often see bay, sorrel, and white warmbloods and heavy-set draft horses, or majestic jet-black Friesians. Growing up, I would drool over pictures of Appaloosas in encyclopedias and horse magazines. Although I had no idea how to pronounce words such as leopard or roan, these beautiful colors and patterns left an ever-lasting impression on me. I hoped that one day I would be able to see this exotic American breed myself.

Along with their looks, what attracts me to Appaloosas are their history, their temperament, and the fact that they are so “user friendly.” Living close to the Palouse region, I love learning about the Nez Perce culture and their horsemanship traditions. Appaloosas understand our intentions towards them really quickly, and I wonder if the selective breeding practices of the Nez Perce laid the foundations for this. Appaloosas are forward going and have very distinct personalities, and yet they are accessible for people with all sorts of skill levels. I think that is what I like most about these horses — Appaloosas are suitable for anyone and any purpose. 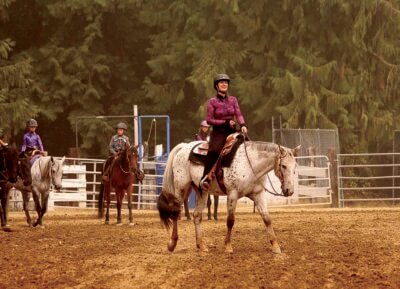 These qualities really stand out in Darlene’s show mare, My Chocolate Truffles. Truffles was bred and trained for western pleasure, and she is the biggest combination of character and talent I have ever come across in a horse. Not only did she teach me what western pleasure is all about, I have also had some very special interactions with her. Darlene gave me the opportunity to enter with Truffles in some open shows in Idaho. I had never showed before, was new to western riding, and I had only been riding Truffles for a few months. Inevitably, we did not place at our first show. However, Truffles, who can get a bit nervous in busy surroundings, behaved impeccably! Mules, inflatable dinosaur costumes, kids racing their crazy horses around — Truffles did not care and gave me the confidence to just relax and enjoy the experience. Truffles behaved perfectly, and the connection I felt with her was worth a million blue ribbons. And then Vision Quest Appaloosas got a beautiful black and white mare called Wrangling In Nikes (bred by Jan Bard).

Nike is a daughter of Wrangler’s Toolman, and she will be introducing the bloodline of Sir Wrangler to Darlene’s breeding program.

Truffles and Nike have completely different preferences and personalities. I like to call Truffles a professional show horse because she knows her job, and she expects her rider to be at that level with her and not be in her way. If we arrive at the show a day early, we can ride Truffles around in nothing but her bridle or halter and she is as calm as a toad in the sun. However, on the days we show, she will not stop prancing until we take her to the show ring where she can be part of the action. It’s almost as if she’s saying: “Hurry up guys, the show waits for no one!”

Never before did I have the luxury of riding a horse as trained as Truffles. In the Netherlands people would be too hesitant to share such a valuable horse, or the financial contribution would be far out of my budget. It took a few weeks of getting to know each other, but once I established a connection with Truffles everything fell into place. In my experience Appaloosas communicate with you very clearly if you are willing to listen. At our second show, again in Idaho, we were perfectly in sync and to my surprise we placed first in our western equitation class! Then Truffles fell asleep during the award ceremony. 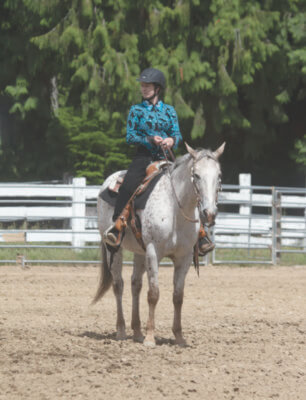 Whenever possible, Darlene likes to bring a green horse along to a show to acclimate them. At the second show in Idaho we brought Nike with us. Although this mare had received a very well-rounded training by Jan Bard’s daughter Linze, she had not been shown before. In preparation, Darlene and I booked a lesson with Kevin Christiansen, a well-respected local trainer. I assure you, taking riding lessons when English isn’t your first language and you’re being bombarded with unfamiliar terms is quite the challenge (the word posting, for example, doesn’t really speak for itself. And what are haunches?).

Unlike Truffles, Nike needs a secure leader who instills trust in her. I spent a lot of time just walking her around at the show and watching other people perform. This might seem like coddling in the eyes of some, but I felt like this was the best approach to build a connection with her. In fact, she did so well that we entered her in Eugene, OR, a few weeks later and she felt confident and happy. We even managed to place first in western equitation!

I have only been part of the Appaloosa world for a short six months, but already I can’t imagine my life without them. Both Truffles and Nike have taught me so many things. They asked me to put my trust in them, even at times when I was afraid or insecure. They have helped me to become a better rider and a better listener. I hope I can enjoy their company and partnership for a long time to come.

Learn more and find Appaloosa events in your area at www.appaloosa.com!

The Appaloosa Horse Club (ApHC) was established in 1938 with a mission of preserving, promoting and enhancing the Appaloosa breed. The ApHC has since registered more than 700,000 Appaloosas, which are known for their distinctive color, intelligence and even temperament. True to their reputation as an extremely versatile breed, Appaloosas can be found in nearly every discipline including racing, endurance riding and serving as reliable family horses. The international breed registry is headquartered in Moscow, Idaho, the heart of the Palouse region—the Appaloosa breed’s namesake and point of origin.