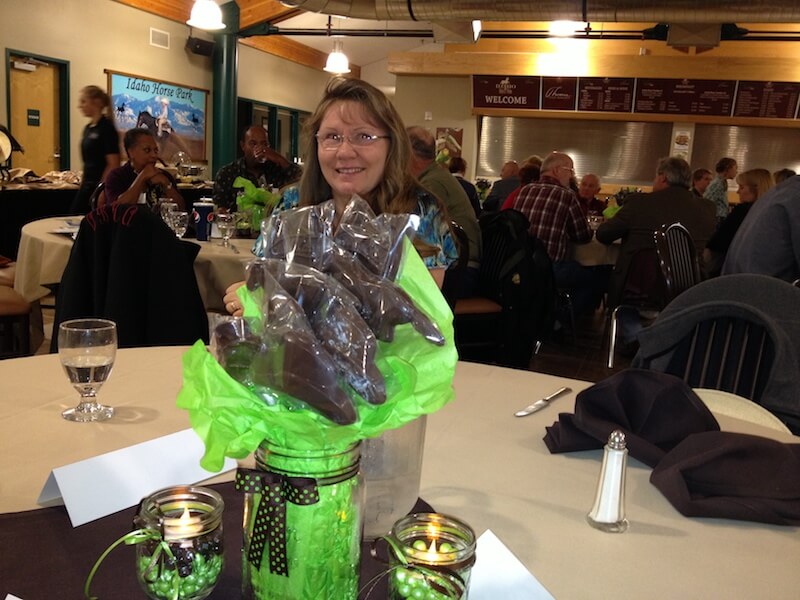 Growing into the Future with the Blazer Horse

The American Blazer Horse Association celebrated its 6th year since incorporating in 2006 with their 6th Annual Banquet and Business meeting on November 3rd. Held for the second year at the beautiful Idaho Horse Park in Nampa, Idaho, the event theme this year was “Growing into the Future – Continuing the Legacy.” The ABHA had another successful year in its endeavors and the banquet on November 3rd was the culmination of a lot of hard work; and the event was celebrated by ABHA members from far and away. There were members from 5 northwest states (inclusive of Utah) that attended the event this year, approximately 75 people in all for the banquet. A couple of notable awards that were handed out during the banquet included the Ambassador Award, presented to president Mike Kruse. This award is given to a person or horse that goes above and beyond in the marketing of the Blazer Horse and the ABHA. In addition, Yvonna Bocci, the ABHA registrar, was presented with an ABHA letterman’s jacket for her dedicated work in organizing and conducting the affairs of the ABHA office and David Wilson was presented with an award from the ABHA fundraising committee for his earnest efforts and labor in those endeavors. Many volunteers, inclusive of our talented banquet committee were acknowledged during this event and presented with gifts in appreciation for all of their efforts. With volunteers like these, the ABHA will truly grow strong in the future and continue the legacy. For more information on ABHA visit www.blazerhorse.com.