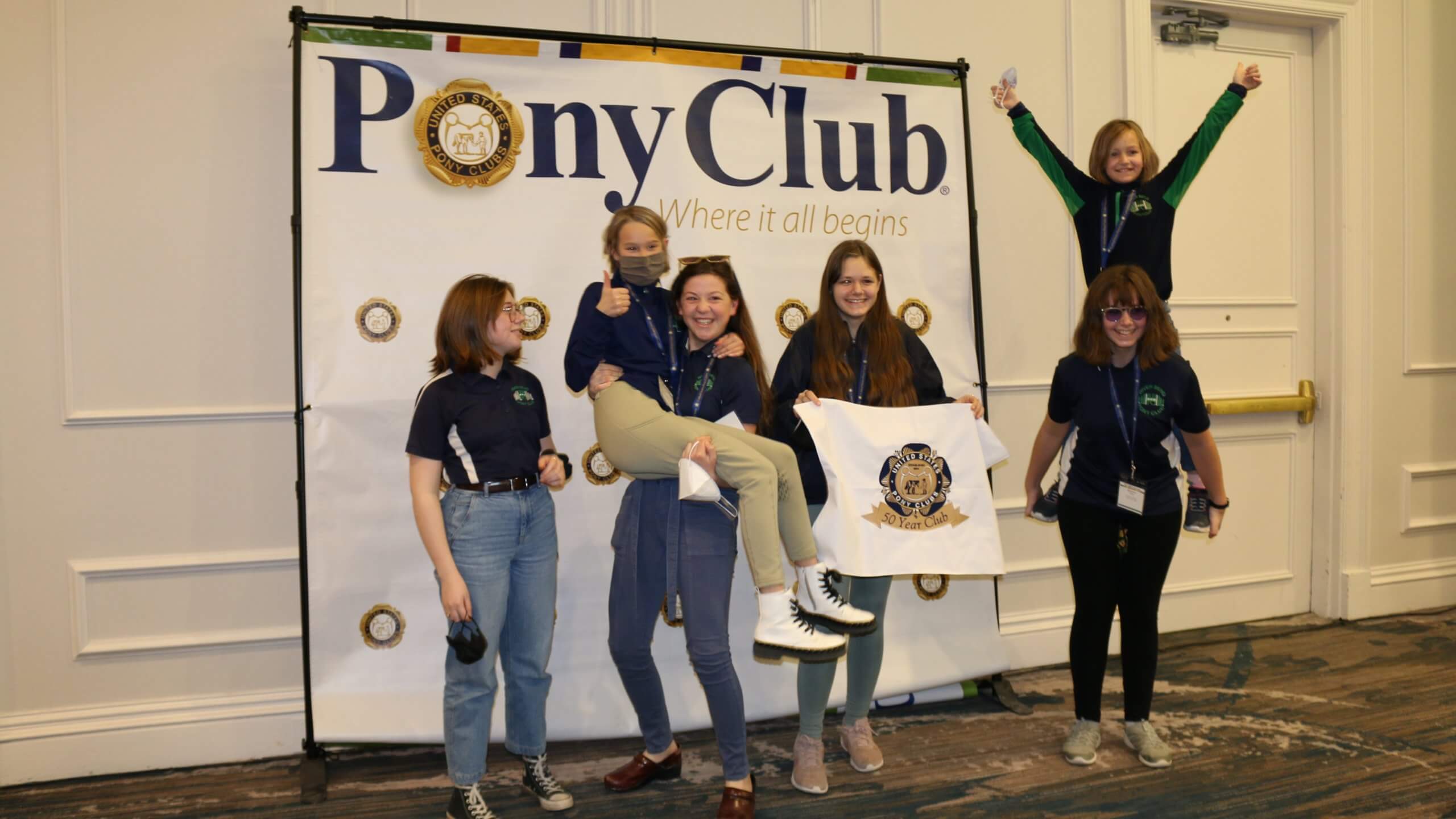 The United States Pony Clubs, Inc. (USPC) gathered nearly 500 equestrians of all ages for the 2022 USPC Convention, held January 26-30, in a new hybrid format with a blend of in-person, livestream, and on-demand opportunities including more than 60 workshops and seminars plus meetings and awards presentations. As an added benefit, Convention attendees will enjoy extended access to all content on the digital event platform for the next six months.

The convention welcomed 19 delegates to the 2022 National Youth Congress as well as honoring the inductees into this year’s Academy of Achievement: Sally Ike and Carol Kozlowski.

At the Saturday night banquet, Pony Club welcomed newly elected USPC President Jennifer Sweet. Winners of the USPC Research Project Fair presented by Grayson-Jockey Club Research Foundation and supported by Kentucky Equine Research were announced, and attendees celebrated the recipients of the USPC Founders Awards for 2021, recognizing longtime volunteers Darlene Connors and Kim Lowman Vollmer for their dedicated service to Pony Club. Outgoing USPC President Ben Duke presented the inaugural President’s Recognition Award to Gegi Winslett in gratitude for her commitment to Pony Club and all the knowledge and wisdom she has contributed to the organization over the years.

The 2023 USPC Convention will be held January 18-22, 2023, as Pony Club will explore the “Gateway to the Future” with the Midwest Region at the Marriott St. Louis Grand in St. Louis, Missouri.