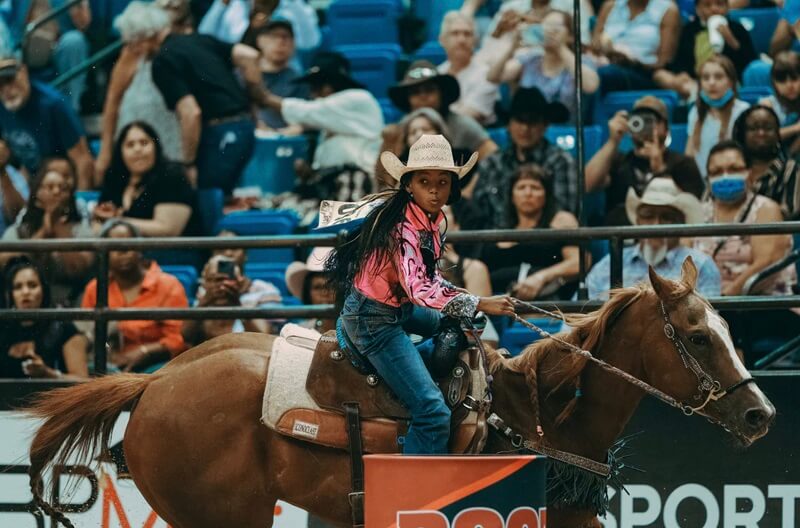 Photo credit: Because of Them We Can

Kortnee Solomon is a fourth-generation Texas cowgirl. Her mother is 11-time invitational champion, Kanesha Jackson, and her father is Professional Rodeo Cowboys Association tie-down roper, Cory Solomon. Her grandmother is Stephanie Haynes, an 18-time invitational champion who also serves on the Bill Pickett Invitational Rodeo board, and her late grandfather was Sedgwick Haynes. He served as general manager of the Rodeo before his passing.

There is a lot that goes into the sport for the young cowgirl. It’s not just about mastering her technique but also about dedication, perseverance, and a celebration of community, culture, and heritage. She and her mom take care of their horses on their property in Hempstead, Texas, feeding, grooming, training, and of course, riding them.

The young star is usually the only girl competing in the events, something she’s used to. Kortnee said that she doesn’t think about anything before a competition, choosing to focus solely on her performance.

“Before I run, I like to be by myself and to think about what I am going to do in that run,” she said. Read the full story at becauseofthemwecan.com