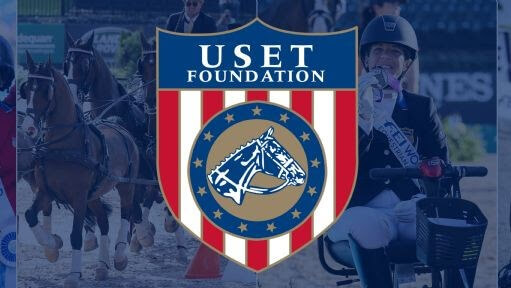 The last time the U.S. dressage team took home an Olympic team silver medal was at the 1948 Olympic Games in London but that changed as three solid performances in the Grand Prix Special from Sabine Schut-Kery, Steffen Peters, and Adrienne Lyle clinched the coveted podium position. Lyle and Salvino laid the foundation with 76.109 percent while Peters aboard Suppenkasper and Schut-Kery with Sanceo scored personal bests with 77.766 percent and 81.596 percent, respectively.

“I am just so proud of this team. This is truly the dream team,” said Chef d’Equipe Debbie McDonald. “I have to thank all of the amazing coaches, support staff, and owners, as this wouldn’t have been possible without their dedication and unwavering commitment to our athletes and their horses.”

The U.S. eventing team finished safe and sound in sixth place at the Olympic Games in Tokyo and all three combinations finished in the top 25 individually. First-time Olympian Doug Payne and Vandiver finished as the highest-placed U.S. combination on a total of 48.20 for 16th place, Boyd Martin and Tsetserleg finished on 52.30 for 20th place, and Phillip Dutton and Z finished with a 52.30 for 21st place.

Though the score wasn’t enough for a medal, Chef d’Equipe Erik Duvander commented on the improvement and depth of the team as something that will be built on as we look toward the 2024 Olympic Games in Paris. “Our team truly showed their mettle on the cross country,” said Duvander. “The horses gave their absolute all on the final day in show jumping and tried until the end with everything they had left. I have a great belief in the future of the U.S., as I know we are on the right track.”

The final equestrian competition at the Olympic Games wasn’t anything short of exciting as the U.S. went head-to-head with Sweden in a jump off for the gold medal. All three U.S. combinations—Laura Kraut and Baloutinue, Jessica Springsteen and Don Juan van de Donkhoeve, and McLain Ward and Contagious—delivered fast, clear rounds but couldn’t quite catch their rivals and ultimately walked away with the team silver medal, the second consecutive team silver for the U.S. jumping team at the Olympic Games.

Olympic veteran McLain Ward commented on the tremendous team effort. “This was truly a team of four, plus the army behind us,” he said of the support they received from teammate Kent Farrington, who competed in the Individual Qualifier, but sat out for the team competition.

“It’s what you dream of,” said Chef d’Equipe Robert Ridland. “We came up with a plan a long time ago and the emphasis was always going to be on the team competition.”

Up Next: Tokyo Paralympic Games