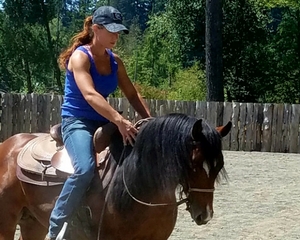 Training a horse should be more like a chess match than arm wrestling. In 17 years as a trainer, 99% of the horses that have come to me needed a major mental change. With a better way of thinking, a horse performs better, learns quicker, and stays happier.

Ask yourself, does my horse perform because I make him do things or because he wants to do them? Every horse needs a reward for doing what we ask. The key is ensuring that the reward your horse seeks is the work itself. If your horse is seeking rest and a pat for reward, he only views his work as something he must do to get that reward. That’s not the best mindset for our equine partner. I want my horse to choose to work because he believes the work itself is the release and reward from my commands. This way, he will always want to work for me.

Signs that your horse’s mindset needs a positive change can include:

Note: All of these signs can be a horse’s way of telling you he’s in pain. A conscientious rider should always rule out soreness before assuming training issues are mental/behavioral.

Here’s what “Work IS the Reward” looks like compared to “Work Will Earn a Reward.” I’ll use the back-up for example.

The common rider initiates backing by drawing on the reins and bit (and some riders combine leg cues). This pressure is used to keep the horse backing, ceasing only when the desired number of steps have been completed. Let’s consider the horse’s perspective…

He feels the command. He doesn’t want the pressure on his mouth, so he tries to move away from it. Because the rider keeps pulling, he thinks, “Why can’t I get away from this?” And with repetition, he questions, “Why should I do this? There is no reason for me to back up; this pressure doesn’t go away until I stop backing anyway.” And that is the major problem with many horse/rider issues. The horse doesn’t understand why he should do what we ask because he sees no benefit in it.

“Work IS the Reward” looks like this: Using the back-up for example again, I draw on the reins while sitting deeply to ask my horse to back. As soon as he takes a step backward, I release his mouth, and as long as he continues backing, he feels no pressure from me whatsoever. When he is doing his job correctly, the horse is left alone—I stay out of his way. The movement itself is rewarded instantly so that the horse enjoys backing rather than feeling forced to back.

Now, you say, “My horse won’t back if I’m not pulling!” He must be trained to back without the pull. Instead of pulling to make him back up, draw back only as a correction when he quits backing. Use a pull-release-pull-release method until he understands that continuing to back up keeps the bit contact from returning.

Time and consistency are required to develop this new thinking, and it’s worth the commitment! If you draw back every time your horse quits backing and you release (reward) his mouth while he is actively backing, with consistency he will choose to continue stepping backward on a soft rein without bit contact. Changing the horse’s thinking reduces, and even eliminates resistance.

Immersed in this concept of training, a horse learns simple and difficult maneuvers with a different attitude. He will choose to perform rather than feel forced to perform. 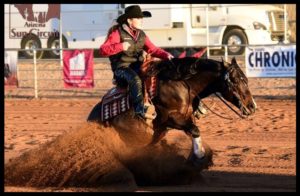 Since 1999, trainer, breeder, and Western Horseman author Deanna Lally has cultivated a thoughtful program centered on a passion for building show horses that stay sound of body and mind. With equal dedication, she educates riders to become proficient horsemen and champions in their own right. She and her non-pros continually make top placings at NRHA and AQHA shows throughout the nation. Deanna owns RLT3 Ranch LLC, a boarding/training facility in Lake Stevens, WA, where she stands champion AQHA stallion, Working For Chexs. Evaluations, demonstrations, lessons, training, and tours are available by appointment. 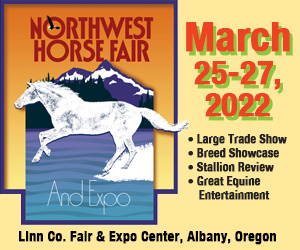 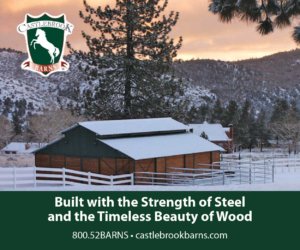 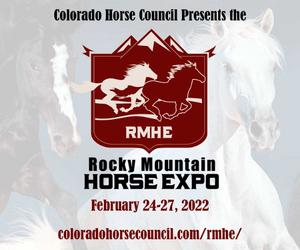