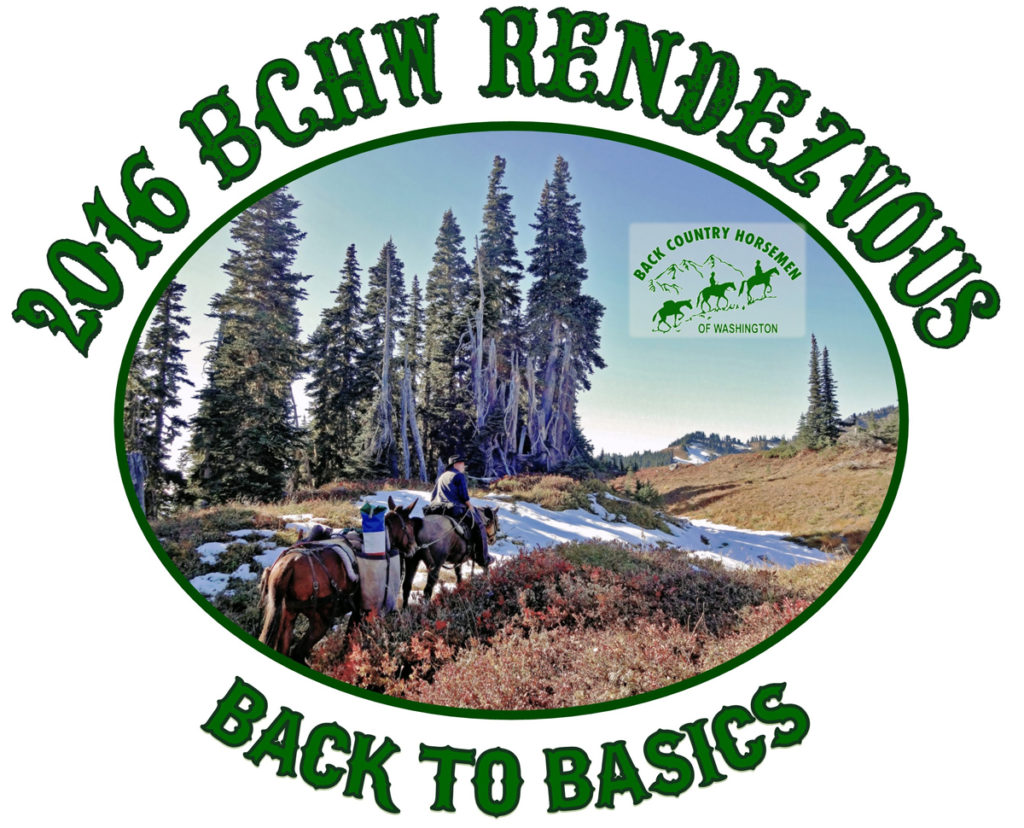 Ten years ago I did not even know about Back Country Horsemen of Washington.  A friend of mine told me about this “riding group” and she wanted me to go to a meeting with her. I had never been in the “back country” but thought it might be interesting, so I went to my first chapter meeting. It truly opened up a whole new world for me. I became a member and as I learned about BCHW and their mission, I decided to volunteer and became a chapter treasurer. I had the time to get involved and contribute and my horses were finally home in their own barn. Who knew that my wish to “contribute” would lead to where I am now!

BCHW is beneficial to every trail rider in Washington State and yet it seems that there are a lot of riders that are not aware it exists. We volunteered over 70,000 hours in 2015 repairing and maintaining trails on public lands in Washington State. Back Country Horsemen of Washington has cooperative agreements with the USFS, DNR and other agencies and works with WTA, PNTA, Mountains to Sound Greenway and other user groups, packing crews and equipment into the back country for their trails maintenance crews. BCHW has even lent its voice to Back Country Horsemen of California to keep packers (equines) in Yosemite. We are affiliated with the national organization (BCHA) and we do lend our voice from time to time to other states to assist their public land managers.

The fact is most of the horse owners/trail riders in Washington State will never get into the “back country.” Most of us ride in the front and middle country and most of that is on public lands as well. Until I joined, I did not realize how important a membership organization like BCHW is to keeping the front, middle and back country public lands open. It truly works for the benefit of all equine owners. BCHW is diligent with public agency land managers and membership numbers are important to the cause so consider joining and help ensure public lands stay open in Washington State.

Check out BCHW’s website and the Trail Head News, our opportunity to “toot our own horn” about our great partners, trail work we have accomplished and our fundraising events. Our 2016 Rendezvous is March 18th-20th in Ellensburg at the fairgrounds. Get more information on this outstanding event and reservation forms on our website, BCHW.org. Some highlights include:

Stop by Rendezvous for a fun time of demos, vendors, tack sale and more.  In the Manashtash room you can become a member for $41(single) and $54 (family). These yearly membership dues are tax deductible as BCHW is a 501C3 organization.  If you would like to camp and attend the Saturday night banquet, reservation forms are on the BCHW.org website. While you’re at it, order a commemorative t-shirt.