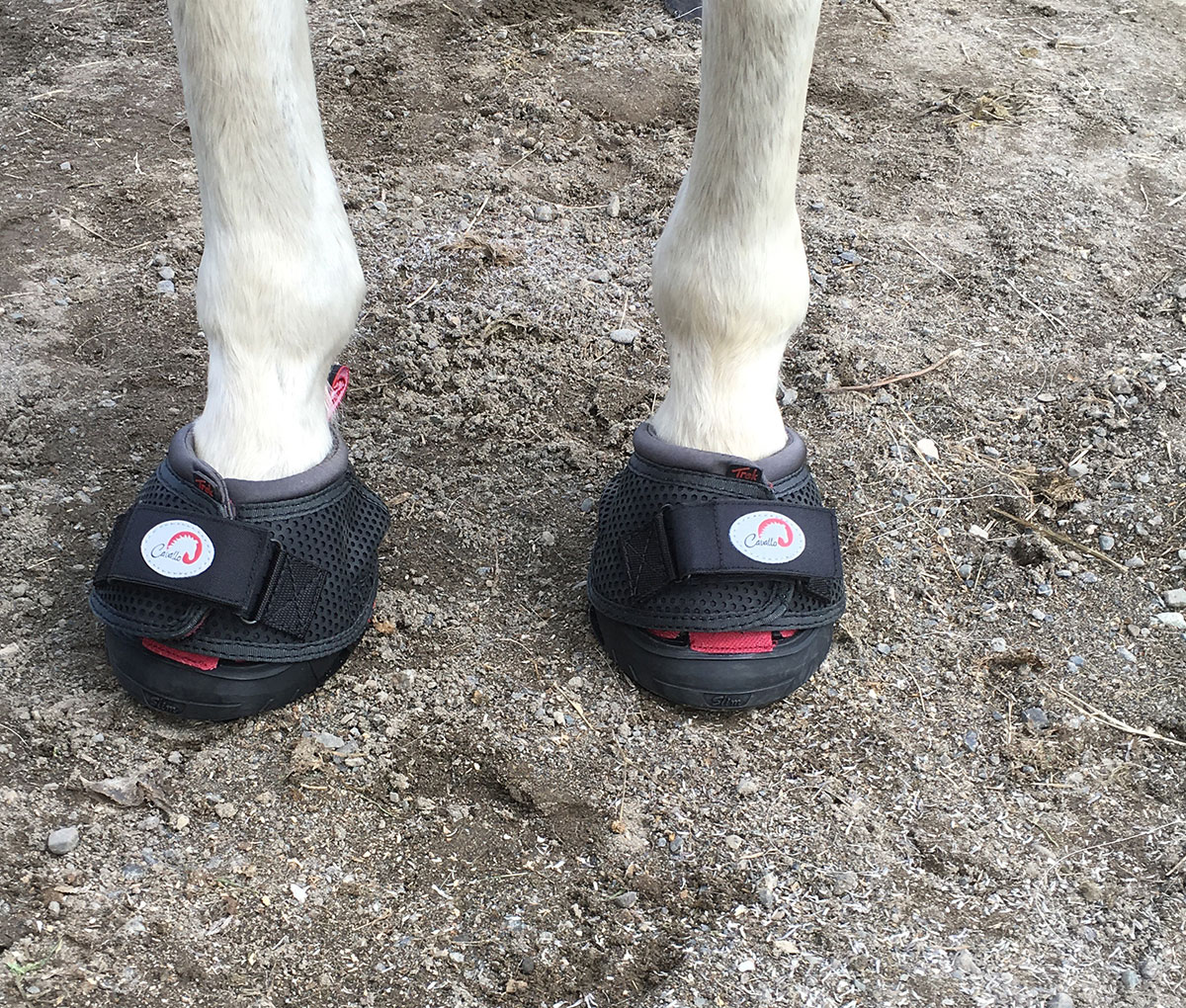 The Beginning of a Barefoot Journey

I just came in from a fantastic ride on April. She has been barefoot since mid-April and quite lame. Diagnosed in 2009 with Navicular, she’s been in shoes year round. Her soles were paper-thin and she was struggling to walk on most any surface without some discomfort. She’s been wearing Soft Ride boots in her gravel pen to keep her comfortable along with receiving Previcox to manage pain.

I have been treating her feet every two or three days with a 50/50 solution of white vinegar and Oxide to kill any bacteria that has developed in her frog. Last Friday, with the help of my friend, Wendy, we filed her feet. She’s been getting trims with the help of Sharon Baker and Skoshie Davis, getting me started on my journey with riding her barefoot and, when needed, in boots.

I will be doing a review of three different kinds of hoof boots made by Cavallo (see more about Cavallo in their June 2016 NWHS Cover Story), EasyCare Boots and Renegades. April is a bit of a challenge to get into boots because her heels are so underslung. I’ve tried the Cavallo Treks and they really fit well. I’m getting a little rub on her bulbs so I’m putting her in nylon socks to see if that helps them slip a little. I’m sure as she regains some heel underneath her at a better angle the boots will be ideal. I only use them when walking or exercising her for now.

First of this week I started leaving her barefoot 100% of the time. She is getting around her gravel pen (which is now mostly sand) but pretty firm footing. I can see she’s been moving around quite a bit; much more than the first few weeks. She goes out on pasture twice a day for 1 to 2 hours barefoot. She is now trotting off; I even got a lope today. It’s still a tentative gait but she’s moving so much more freely now.

I’ll keep you posted on her progress. It made my day!

Quote: Be realistic, believe in a miracle. ~ Author unknown