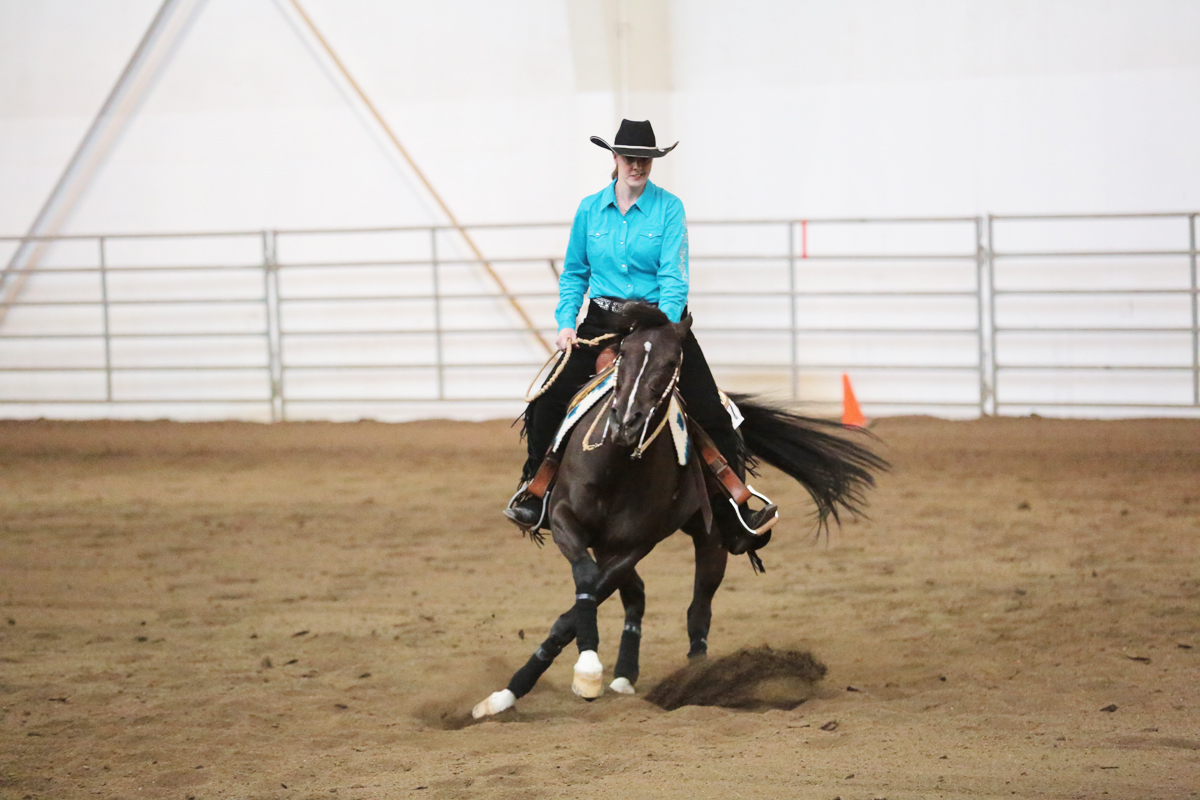 Maintaining and Developing Your Performance Horse

My half-Arabian gelding trained and competed in reining prior to me becoming his keeper. After I took over his care and feeding, we went through a steep learning curve together in negotiating what his ongoing training program would look like. I had to learn how to maintain the skills he already possessed, while building my own riding capabilities and then push us forward together. I’ve picked up a few skills along the way and have some tips if you find yourself in the position of being a DIY performance horse owner. The reason that I ended up in such a position is that I purchased an incredibly talented animal that I didn’t have the funds to keep in training full time. Whatever your reason, these are a couple tips that I think can keep you motivated and progressing toward your goals.

Be consistent. Develop a riding schedule and do your best to stick to it. You wouldn’t go to the gym for a day, then skip three days, then go hit it hard for another day, then miss a few more days and expect serious progress. Well, maybe you would, but that wouldn’t be a realistic expectation. Consistency in a riding schedule allows your horse to build the strength he needs as well as be in the right mind to receive the rigors of training. Every horse is different, but if my horse is off for four days and I hop on, I don’t expect him to be responding the same way as if I had ridden him consistently for the past four days

Ride with purpose. When you ride, practice deliberately on specific areas of training. Focused practice will get you much further than just getting in the saddle and practicing whatever you’re in the mood for that day. Deliberate practice is not always fun, because you may be working at something that you, your horse, or both of you haven’t mastered yet. Whatever the case, a specific plan for your improvement will focus your efforts during your riding time, making every moment you spend in the saddle as effective as possible.

I mentioned my thoughts on this subject to Doug Stewart of Stewart Performance Horses. He agreed but also had a few points to add.

Take rundowns in reining for example. On occasion my gelding would get a little nervous and anticipate the stop, causing his body to stiffen. A stiff horse is not what you want in a sliding stop. So I set to the task of running him down the arena and continuing around the end of the arena into another fast run down the side. We had to return to an earlier learned skill to strengthen it before being able to move back to working on our sliding stops.

Doug also added that when you or your horse gets frustrated during a training session, just stop and allow both of you to rest and settle back down. During that period of rest, he encourages people to think about what they are asking their horse to do and ensure they are asking for the correct movement and asking in the correct way.

Best of luck in your journey with your performance horse. Ultimately, patience with yourself and your equine will serve you both well.