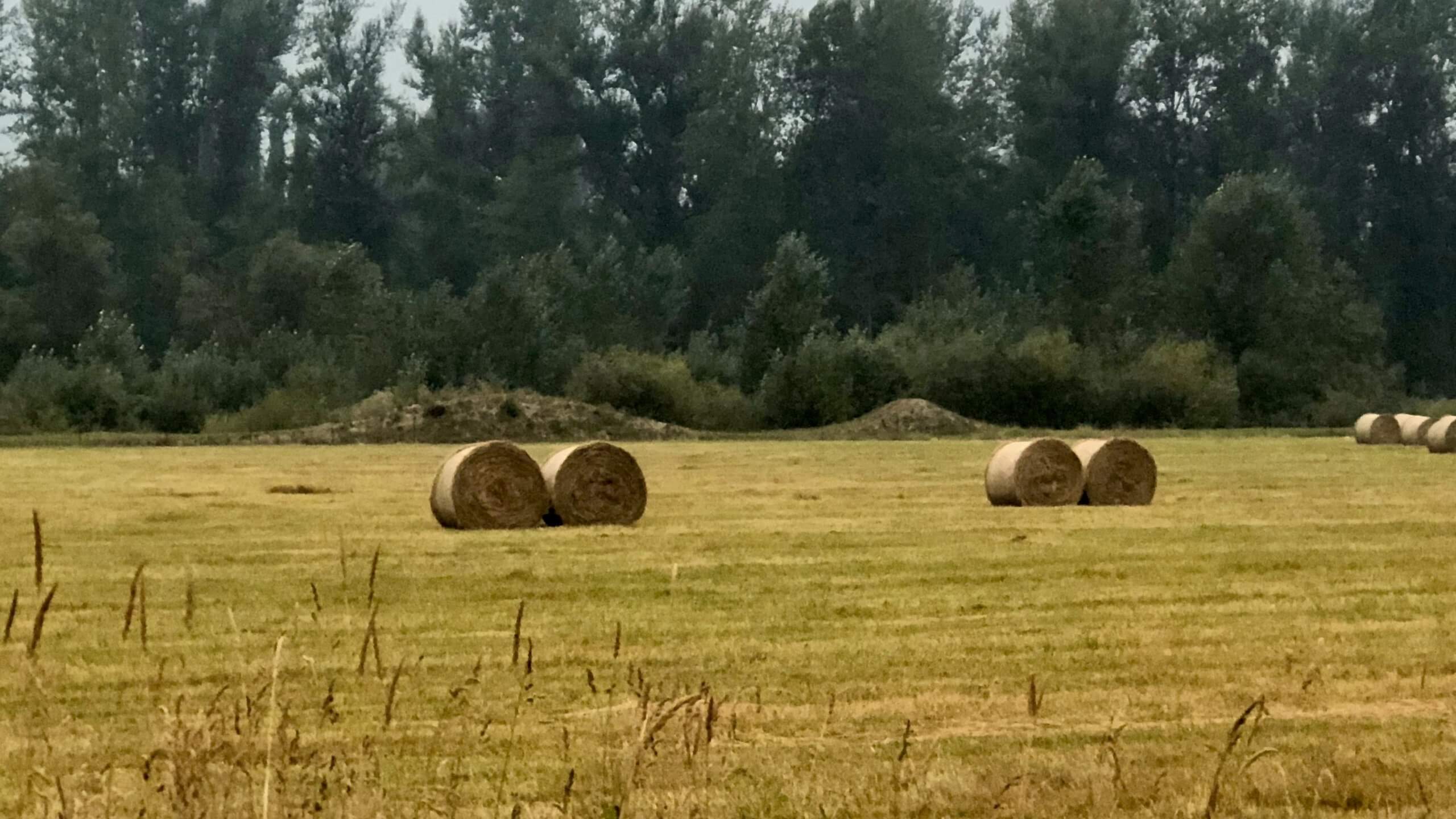 As the source of 50 to 90 percent of a normal, healthy horse’s nutritional needs, hay warrants careful consideration. Yet, there is a lot of confusion over what, exactly, defines “good” hay. Nutrient content and cleanliness are distinct traits often presumptively and wrongly lumped together.

“People need to be more vigilant about hay because it makes up the lion’s share of their horse’s diet,” explains Meriel Moore-Colyer, PhD. As a professor and graduate dean at the Royal Agricultural University in Cirencester, England, the feeding, assessing and treatment of hay is an ongoing cornerstone of her work in and study of equine nutrition.

Two main aspects define the quality of hay, she explains. The first is nutrient value and its suitability for a specific horse based on its work level and stage of development. The second is “hygienic quality”—the quantity of contaminants that occur naturally in hay’s growth, harvesting, transportation and storage. Their presence in hay explains the unfortunate reality that horses’ most important nutrient source is also one of the biggest contributors to poor quality stable air that is linked to poor respiratory health.

“There’s no such thing as ‘the best’ hay,” when it comes to nutrient value, Moore-Colyer explains. “That all depends on what your horse is doing. If you have a fat horse, you want hay with low nutritional value so that he can spend enough time eating without gaining more weight.” Designed to graze throughout the day, the equine digestion system works best when a steady amount of roughage is moving through it.

Conversely, a horse that’s working hard needs forage with plenty of the digestible energy that comes mostly from carbohydrates and fat. As with humans, the equine athlete needs more calories because it’s burning them off.

Moore-Colyer is often struck by misunderstandings about a horse’s needs. “For the work they do, most horses can easily exist on a forage-only diet.” (Forage is an umbrella term for plant-based livestock feed; hay, haylage and silage are types of forage.) But that isn’t the reality for many horses. In a recent survey of horse owner feeding practices, Moore-Colyer was dismayed to find that 70% supplemented their horse’s hay ration with concentrated feeds. “If we didn’t feed concentrates, we wouldn’t have the equine metabolic disorders we see.” (Metabolic disorders mandate strict diets, especially in regard to water soluble, non-structural and non-fiber carbohydrates.)

General guidelines call for horses to get 1 to 1.5 percent of their body weight in forage. The aforementioned study of feeding practices showed that few owners weighed their horses’ hay, while the majority did weigh the concentrates. That was one of several findings reflecting misunderstandings of hay’s role in their horses’ diet.

Nutrient value in hay varies widely. Even within the same species of hay—energy, protein, mineral and vitamin content is affected by where it’s grown, the soil it’s grown in, when it’s harvested, and weather.

However, some generalities can be made. Alfalfa, a legume hay, is relatively high in energy, protein, calcium and vitamin A. Grass hays—including Timothy, orchard, oat and Bermuda—are generally lower in protein and energy and higher in fiber than alfalfa. That’s why grass hays are often suitable for most adult horse’s basic nutritional needs, and alfalfa is often a staple of Thoroughbred racehorses’ diet. These horses’ digestible energy needs are very different.

A hay analysis is the best way to determine what quantities of each nutrient exist in hay. When that’s not possible, a visual assessment offers useful indicators. “Even those who don’t know that much about hay can identify what hay of good nutrient content looks like,” says Moore-Colyer.

“Hay with the highest digestive energy will be green, have a fine, thin stem, and be soft and flexible. It may smell a little like green tea. Pick the hay up in your hands and rub it: it should feel a little bit gritty.” Hay with the lowest digestible energy is “dry and looks like straw. It might feel prickly and smell a little moldy.”

Hay harvested at its nutritional peak will have a high proportion of leaf to stem and the bale should be 85% dry matter. Too dry and the resulting increase in “leaf shatter” adds to respirable dust particles. Too moist and there’s an increased likelihood of mold and bacteria growth.

The hygienic state of hay is the second component in evaluating hay quality. Beyond obvious cases of excessive dust or smelly, discolored mold, it’s not evident without a microscope. Since helping develop Haygain high-temperature steaming to purify hay, Moore-Colyer has spent over a decade studying what’s in all types of hay, including hay of good nutrient value.

The answer is dust, mold, fungi, bacteria and other allergens, often in the dangerously small particle size of 5 microns. That’s approximately one-tenth the size of a human hair: small enough to infiltrate the horse’s lungs where it can cause inflammation and impede the transfer of oxygen from the lungs to the blood stream. That, in turn, restricts the horse’s ability to get oxygen to the muscles and limits performance.

The human eye typically can’t see particles less than 40 microns in size, rendering invisible the most dangerous respirable irritants that make their way deep into the lungs. But out of sight should not be out of mind, Moore-Coyler stresses. High temperature hay steaming is the one safeguard against the reality that these dangerous irritants exist in hay of all types and nutrient quality.

Using steam injected evenly through hay in a thermally sealed chest, the Haygain process reduces up to 99% of the respirable particles and allergens found in hay. The key is steam temperatures of at least 212°F, necessary to achieve that reduction.

Along with evaluating each horse’s nutritional needs and assessing hay either by lab analysis or touch, sight and smell, Moore-Colyer recommends hay steaming for horses in all stages of life and levels of work. Drastically reducing these particles drastically improves barn air quality and the respiratory health of its residents, including people.

In the lab, at the barn with her retired dressage partner, an Irish Draft, or at a podium speaking to veterinarians, Moore-Colyer promotes the benefits of hay that can be fully defined as “good”—nutritionally and hygienically and suitable for the horse to which it’s served. 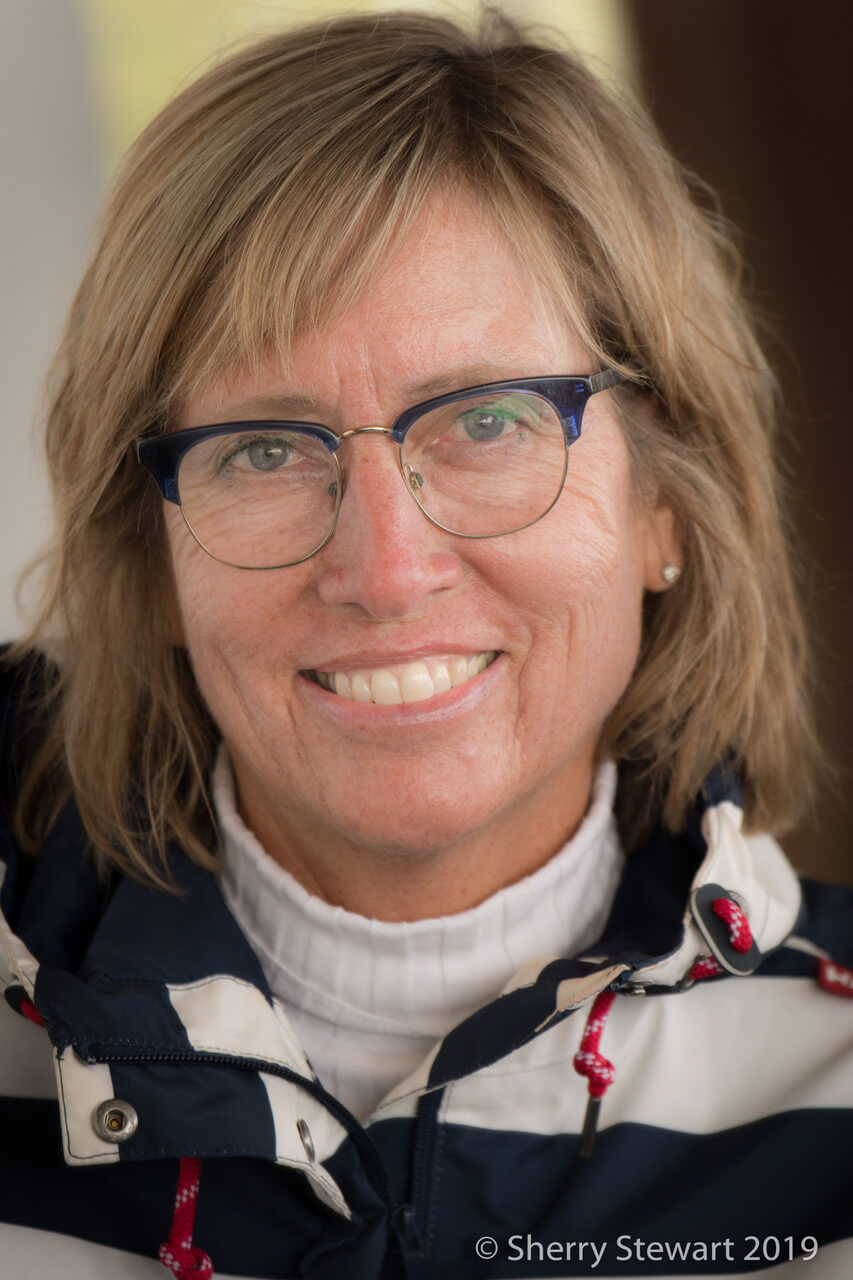