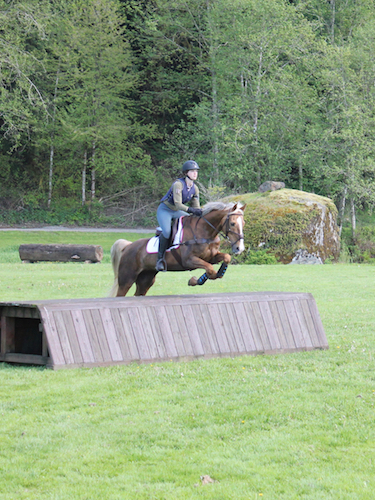 There were 146 entries in 1992 —145 Quarter Horses and one Kiger Mustang. Bobby and Kiger Tiger finished 21st, but most of the people watching would agree Kiger Tiger was a winner. People became emotional watching this little buckskin mustang doing the work as fine as any well-bred horse, and all these years later people still ask, “Remember when Bobby Ingersoll rode that Mustang…?”

An underdog story pulls at our hearts, and seeing non-traditional horses used as performance horses often brings forth strong feelings of joy. It’s part of our American heritage to cheer on the unconventional little guy that tries and succeeds because of the size of his heart.

I interviewed two horsewomen who own, train, and compete horses that don’t quite fit the mold.

Melissa Nelson is a busy wife, mother, and lawyer who works for the Attorney General in Bellingham, Washington. She is an athletic woman — a former competitive long-distance runner who takes fitness and competition seriously. She owns KF Shenanigans (Shanny), a half-thoroughbred/half Connemara bred by Knox Farms in Idaho. Shanny is 10 years old and 15’1”. Melissa uses Shanny for dressage, a sport dominated by warmblood horses.

Why did you buy Shanny?

After some bad luck with breeding, spooky warmbloods, and a broken heart, I decided I just wanted a nice family horse that maybe could dabble in dressage. I have always loved Connemara ponies and even tried to breed my Trakehner mare to one. Kim Roe suggested I talk to Chris Knox in Idaho because she has a really nice Connemara stallion, Ros na Ri Kilcullen.

How old was he when you purchased him?

When did you start to think he could be a dressage horse?

When Chris told me that Connemaras can do dressage during the week and go camping with the family on the weekend; when Kim told me I had a little Maserati; when we took him to his first show at intro level and he scored close to 80%.

What have been the struggles? What’s been easy?

The easy part is that he has the best mind ever! He is very accepting of the training, new things, and my learning curve. The hard part is that he is very particular about how he is ridden and unless I give him exactly the right aids, he thumbs his nose at me. He can tell the difference between Kim riding and Missi riding. He has made me a much more sensitive and aware rider.

What are the best things about him? He is sweet and gentle, but never boring. I can work piaffe one moment and then hand-graze him while my son practices bike skids and jumps — five feet away from us!

Tesha Karpov works at a high-end restaurant in Seattle. About half-time she lives in Whatcom County, where she boards and rides her mare Lulu, an 11-year-old Saddlebred mare, bred by Antigo Farm in Bow, Washington. Tesha trains and competes Lulu for eventing. She co-owns Lulu with friend Louise Granger, who uses Lulu mostly for trail riding. Lulu’s registered name is Supreme Gold Jewel and she’s 15’2”.

How did you find out about Lulu?

We fell into Lulu! Louise had been out on the trails with a friend who was looking to downsize her herd and find Lu a new home. Louise didn’t want to take a horse on full-time but knew I had a background in (and a yearning for) horses, and might be interested in a share. Little did she know the can of worms she was opening.

When did you buy her? What were your plans when you purchased her?

We met Lulu three years ago and bought her a month later. I hadn’t planned on eventing Lulu. We didn’t even do a health check until after we bought her (yikes!). I had been trained in eventing years ago and even though that was my context, I was prepared to do more trail riding and pleasure riding as Louise was planning for herself. I couldn’t help but introduce the mare to jumping that first winter, but it wasn’t until I saw how much she enjoyed it that I started to think we might make a good eventing team.

Oh gosh, the struggles! It took us two years to move forward like a normal horse. Due to her breeding, and the limited training by the farm where she was bred, she was so tight in her neck and back that she moved her legs up and down like a little sewing machine instead of swinging forward to cover ground. That still occasionally comes out in high-anxiety moments for her, but it’s rare. The easy stuff is her cleverness and her temperament (which is funny, since she’s a mare and a bully). Somehow, she manages to be so sweet even then. 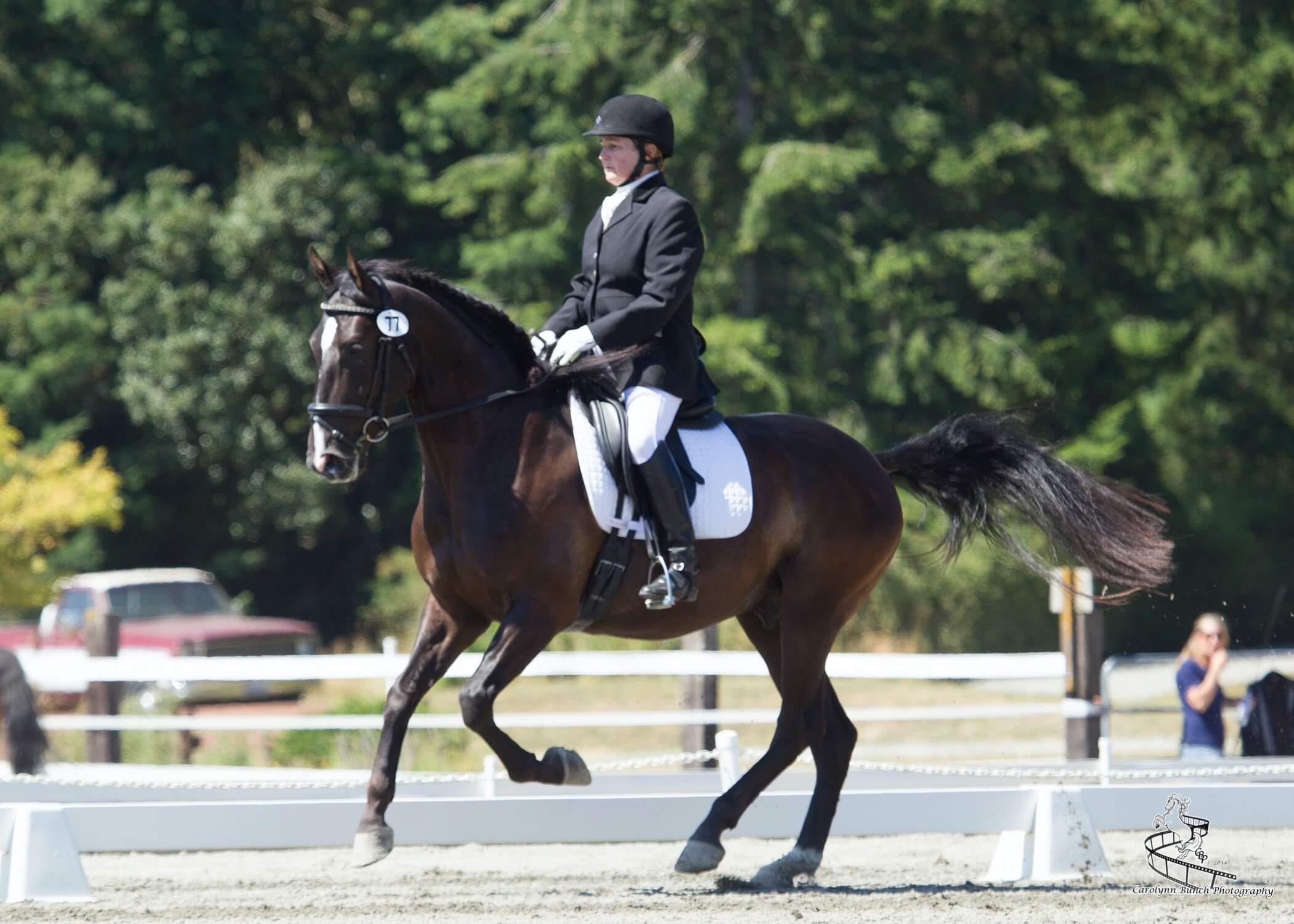