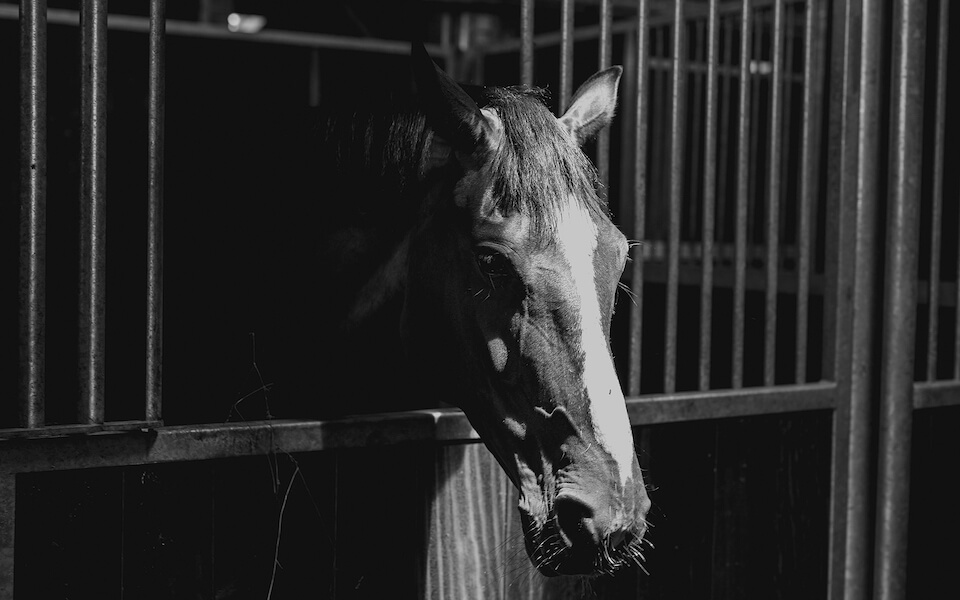 WASHINGTON , DC – Friday, Animal Wellness Action and its affiliates applauded the U.S. House Committee on Energy and Commerce’s Subcommittee on Consumer Protection and Commerce, led by Chairwoman Jan Schakowsky, D-Ill., and Ranking Member Gus Bilirakis, R-Fla., for advancing two key pieces of equine protection legislation in a markup, the Prevent All Soring Tactics (PAST) Act, H.R. 5441, and the Save America’s Forgotten Equines (SAFE) Act, H.R. 3355. The action puts them in motion and creates an opportunity for additional legislating in the House and Senate.

The anti-soring legislation has been in similar form for a decade, and the anti-horse-slaughter legislation has been around for nearly a quarter century. PAST would amend the Horse Protection Act (HPA) of 1970 make it a federal felony to inflict pain on Tennessee Walking Horses’ front limbs to achieve the artificial high step known as the “Big Lick” that’s prized in some parts of the South, mainly Tennessee and Kentucky. SAFE would bring an end to the slaughter of American equines shipped to Mexico and Canada – some 23,000 of them in 2021. The current leaders of Animal Wellness Action were among the architects of original anti-soring and anti-slaughter bills, working also with an earlier generation of lawmakers to put these issues on the national animal welfare agenda.

Animal Wellness Action submitted 332 pages of testimony and collateral material to the Committee in May. Former Rep. Ed Whitfield, R-Ky., the original author and sponsor of the PAST Act who first introduced the bill in 2012, submitted a letter noting that compromise is almost certainly going to be required to pass the measure in the Senate. Click here to see Whitfield’s letter to the Committee.

“We applaud Chairwoman Jan Schakowsky and Ranking Member Gus Bilirakis for moving these key horse protection measures forward in the 117th Congress,” said Marty Irby, executive director at Animal Wellness Action and a past president of the Tennessee Walking Horse Breeders’ & Exhibitors’ Association. “It’s long past time to end the scourge of soring I’ve witnessed since childhood. There’s a long way to go still, though, and the key is finding a bill that can get through the Senate.”

“I urge all of my colleagues to join in ending horse soring and supporting this legislation,” said Chairwoman Jan Schakowsky, D-Ill., during the markup yesterday.

The committee then voted unanimously to pass the SAFE Act by a voice vote and the PAST Act unanimously by a recorded vote of 22 to 0.

“It’s gratifying to see Congress moving forward with these essential pieces of legislation to finally protect all American equines, both wild and domesticated, from cruelty, exploitation, and abuse,” said Scott Beckstead, director of campaigns for the Center for a Humane Economy.

“I believe that animals should be treated in a compassionate and humane manner,” said Ranking Member Gus Bilirakis, R-Fla., speaking in support of the SAFE Act during the markup yesterday. “There is a no excuse for allowing any animal to needlessly suffer in any inappropriate or inhumane way.”

The PAST Act, H.R. 5441/S. 2295, introduced in the 117th Congress by U.S. Sens. Mike Crapo, R-Ida., and Mark Warner, D-Va., and Reps. Steve Cohen, D-Tenn., Vern Buchanan, R-Fla., Brian Fitzpatrick, R-Pa., Schakowsky, and Kurt Schrader, DVM, D-Ore., the only veterinarian in Congress, passed the House by a vote of 333 to 96 in 2019. It was renamed in 2019 the U.S. Senator Joseph D. Tydings Memorial PAST Act at the request of the Tydings family to honor the late senator, who passed away in late 2018. The bill did not see any action in the Senate because of steadfast opposition from the Senate delegations from Kentucky and Tennessee.

PAST would eliminate the use of large, stacked shoes and ankle chains that are placed on horses’ feet to exacerbate pain in the showring and produce the Big Lick; revamp the USDA’s inspection program; and provide felony level penalties to give teeth to the HPA.

Following PAST’s passage in the House in 2019, and knowing of continued intransigence in the Senate among key actors there, Animal Wellness Action leaders worked with the industry for 19 months on revisions to the bill that would bring support from the top organizations in the Tennessee Walking Horse breed and from senators from Tennessee and Kentucky, who have long opposed the measure.

Animal Wellness Action also worked with leaders in the breed to secure more than $3 million in record-breaking funding for enforcement of the Horse Protection Act in 2022, and nearly $4.1 million in record-breaking funding just released in the House’s FY23-related spending bill. The opportunity to make revisions to PAST still remains with Tennessee Walking Horse leaders, who have conceded soring must end.

The SAFE Act, H.R. 3355/S. 2732, introduced in the 117th Congress by U.S. Sens. Bob Menendez, D-N.J., and Lindsey Graham, R-S.C., and Reps. Schakowsky and Vern Buchanan, R-Fla., would permanently ban the transport of horses bound for slaughter. A similar bill to ban horse slaughter saw a hearing in the previous Congress in the Health Subcommittee, but no further action occurred beyond that in either chamber. Irby also testified in support of the SAFE Act and legislation to end doping in American horse racing in a January 2020 hearing before Schakowsky’s Subcommittee as well.

In 2021, Animal Wellness Action conceived and shepherded to passage an alternative anti-slaughter measure led by Reps. Troy Carter, D-La., Brian Fitzpatrick, R-Pa., John Katko, R-N.Y., Schakowsky, Cohen, and Rep. Dina Titus, D-N.V. The Members who introduced the legislation were joined by cosponsors that included co-chairs of the Congressional Horse Protection Caucus Andy Barr, R-Ky., and Paul Tonko, D-N.Y., and cochairs of the Congressional Animal Protection Caucus Vern Buchanan, and Earl Blumenauer, D-Ore. It would have simply banned the transport of equines across state and federal lines for the purposes of slaughter and passed the House in June of last year by a voice vote with little to no opposition.

That measure was endorsed by more than 225 equine-related businesses, groups, and organizations, as well as a wide array of stake holders that included The Jockey Club; The Breeders’ Cup; Water, Hay Oats Alliance; New York Racing Association and others. Unfortunately, just like PAST, the measure died in the U.S. Senate, where it continues to be an uphill battle to pass horse protection legislation in the 117th Congress.

Animal Wellness Action is a Washington, D.C.-based 501(c)(4) organization with a mission of helping animals by promoting legal standards forbidding cruelty. We champion causes that alleviate the suffering of companion animals, farm animals, and wildlife. We advocate for policies to stop dogfighting and cockfighting and other forms of malicious cruelty and to confront factory farming and other systemic forms of animal exploitation. To prevent cruelty, we promote enacting good public policies and we work to enforce those policies. To enact good laws, we must elect good lawmakers, and that’s why we remind voters which candidates care about our issues and which ones don’t. We believe helping animals helps us all.