Written and Directed by
CHLOÉ ZHAO 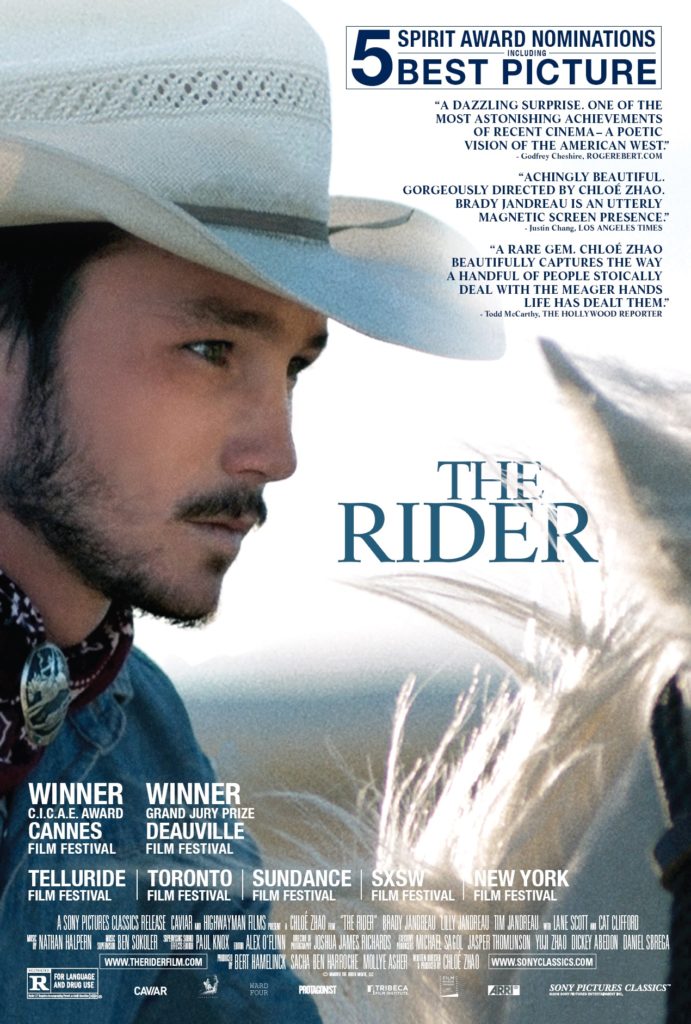 Synopsis: Young cowboy Brady Blackburn (Brady Jandreau), once a rising star of the rodeo circuit and an uniquely gifted horse trainer, is warned that his riding days are over after a horse badly crushed his skull at a rodeo and put him in a three-day coma.

Back home on the Pine Ridge Indian Reservation, South Dakota, Brady struggles with the physical and emotional complications of the accident. He is comforted by his inimitable little sister Lilly (Lilly Jandreau), who has Asperger’s Syndrome, while tensions between him and his gambling father, Wayne (Tim Jandreau), approach a breaking point when Wayne resorts to selling Brady’s favorite horse to keep their trailer home.

With few alternatives and little desire for a different way of life, Brady feels a growing sense of inadequacy unable to ride and rodeo – the essentials of being a cowboy, and the defining elements in his life. Frustrated, Brady starts to drift away from his rodeo friends and spend more time with his friend Lane (Lane Scott), who is in intensive rehab after his once promising bull-riding career ended in a tragic accident.

As time goes on, Brady can’t stay away from his horses. He decides to start riding and training them again. However, the complications of his head injury soon puts him in dangerous situations and eventually back in the hospital. After another painful loss in his life, in an attempt to regain control of his own fate, Brady recklessly returns to the rodeo.

Locked in a battle he can’t win, Brady has to decide between healing with the help of his family and friends, or risking it all to keep the only sense of self he’s ever known.

THE RIDER released in theaters on Friday, May 4. Top critics say:

Click “Get Tickets” to find theaters in your area: http://sonyclassics.com/therider
Review by Karen Pickering, Owner/Publisher Northwest Horse Source Magazine:
“The movie creates awareness about the dangers of rodeo and contestants living with the aftermath of an injury. It may not appeal to all audiences but really depicts what life looks like for an injured competitor, his family and friends. “