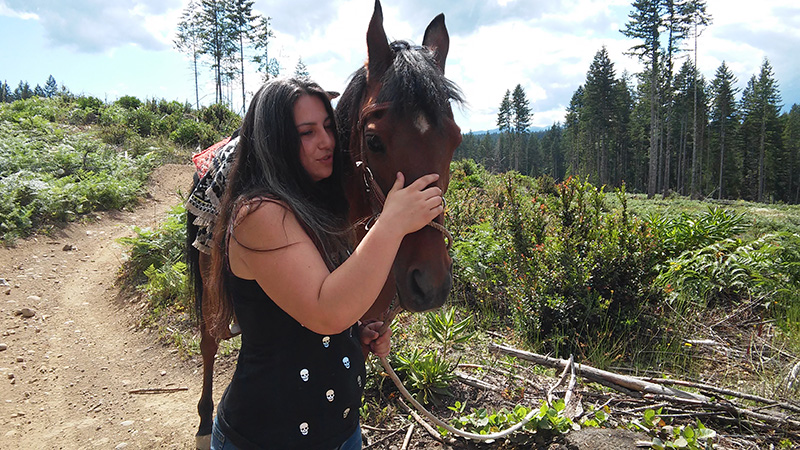 by Teshia A. Kluski

As far back as I can remember horses filled my dreams, shining light into dark places. When I looked deep into their eyes I saw a kindred spirit. Moreover, I saw my salvation.

I wasn’t born into privilege. I was raised in the country, down an old dirt road, in a family with more than a healthy dose of dysfunction. I owned nothing save a few articles of clothing, the most prominent in my memory being a brightly colored pair of stretch pants that slowly turned into shorts as I grew. I would show up at school with bruises on my skin and ratty clothes on my back, an easy target for the unkindness of others. Friends did not come easily so I spent most of my time alone in the woods.

My first horse and best friend was a beautiful palomino mare named Amber. I couldn’t afford lessons or even a saddle. Instead, I had the get-on-and- hang-on type of lessons. These came naturally, or were given by my parents who encouraged violence—I was supposed to hit that horse, show it who was boss. Not surprisingly, Amber soon developed a dangerous habit of rearing. Regardless, I loved her spirit and understood her in a way others didn’t. Like me she was a survivor, enduring the constant stress of threats and abuse, unable to do anything right. Together we galloped our frustrations away, finding freedom on wooded trails and down winding roads.

At 13 I was placed in foster care and 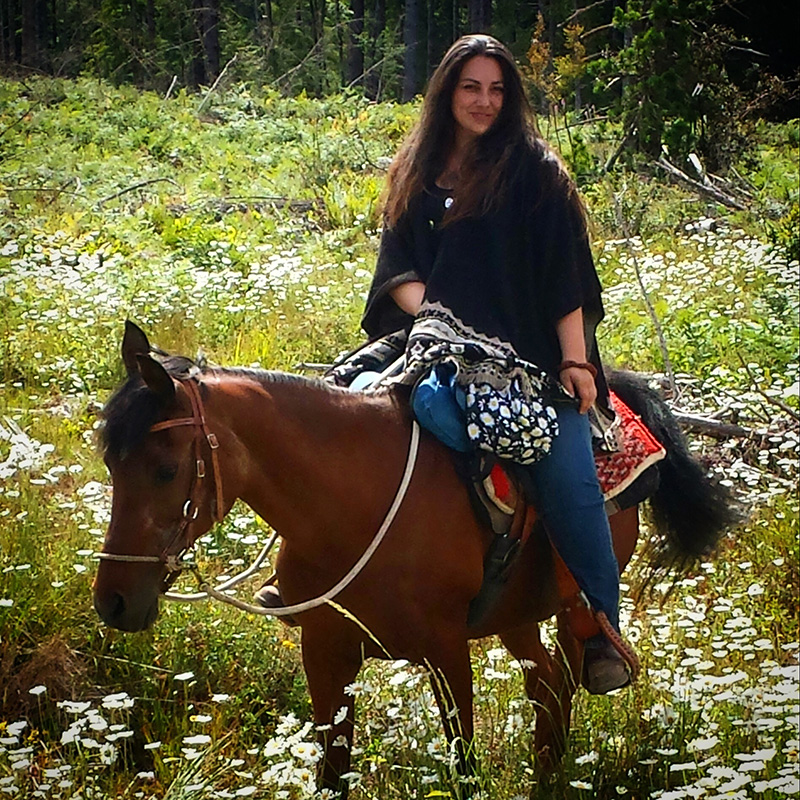 Amber was sold; I never saw her again. I quit school in my senior year and got a job. This is also when I met a horse named Felicity, a registered purebred Arabian mare that I purchased with my own money. I found a nice acre size field of lush grass near my apartment for $65 per month. This worked out perfectly because I didn’t have to feed her until winter. As a teen on her own, working three jobs, I had little time for friends. Felicity became my best friend, the only one I could completely be myself with. We were happy together until I got a phone call informing me my horse was sick.

When I got to the field I found Felicity walking as if drunk, her head held down and blood pouring from her nose. She had cuts everywhere. Even though I had no money I grabbed a phone book and called the first vet that caught my eye, Dr. Henry Freidlander. Someone out there had to help me, allow me to work off the bill, anything. I still remember Henry’s voice on the phone. It was soft and kind and I knew somehow that he would help me. When he arrived Henry said he had never seen a horse as ill as Felicity live; her symptoms were unlike any colic he had seen. In that moment my heart sank. I was just a broke girl, on her own and clueless. I had no business owning a horse. Still, I gave Henry the only money I had to my name, a measly $16. He smiled and gave me $10 back saying he couldn’t promise anything, but that he would try to save my horse.

Once a stranger, Henry soon became my hero. He visited twice a day sometimes to pump water into Felicity and even drove out on his free time to check on her. Despite his care, she wouldn’t eat or drink on her own and grew weaker and weaker. I begged her not to leave me. After about a month, Felicity finally began to drink water on her own. As soon as she did this, Henry instructed me to ride her to help regain muscle and mobility. Slowly she grew stronger and Henry’s visits became less frequent. Eventually I fell out of touch with him altogether.

Even though my best friend had been saved, life didn’t get any easier. Felicity and I moved countless times over the years and have even been homeless. There were times when I paid to have her stabled and slept in my car. We endured a two year separation when I joined the Army at 19, but from place to place, from baling twine fences to nice facilities, Felicity and I have stayed together. She represented my dreams and remained my backbone even when we were apart. She has been my therapy and has surprised me time and time again with her resolve to live. In many ways she taught me how to live, too. 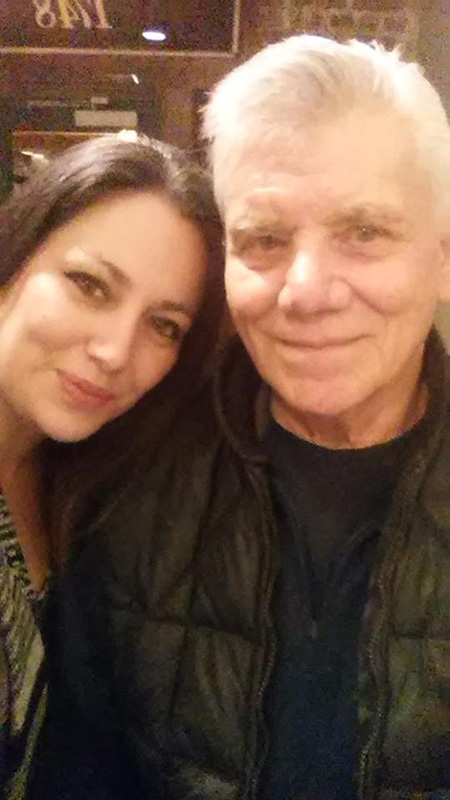 In 2014 I began looking for Henry. I wanted him to know what his kindness had done for me and Felicity and that by saving her, he also saved me. Through a Facebook search, we finally reconnected and met up at a coffee shop. I was proud to tell him that regardless of my personal challenges, I have made something of my life. I am the mother of a beautiful daughter and, at 32, graduated from The University of Washington with a BA in Psychology. A disabled veteran, I also have a passion for helping others and recently founded The North West Riding Academy, a non-profit catering to disabled riders and veterans for various levels in Paralympic competition and adaptive sports. Felicity is 30 years old and remains non-arthritic and spunky. We still enjoy trail rides, barrel races and, more recently, dressage.

As for Henry, he remains in business and is also the new agricultural advisor to the Prime Minister of Cambodia. He said when he looked at me so many years ago he knew that if something happened to Felicity something would happen to me and he resolved to do everything in his power to save her. While I can never repay Henry for his kindness, I can pay it forward through my own life, helping others find their wings on the back of a horse.

Teshia Kluski is writing a more detailed account of this story called A Gift from the Horse’s Mouth. Follow updates at https://www.facebook.com/pages/A-Gift-from-the-Horses-Mouth/770494256373006?ref=hl For more information on the North West Riding Academy (NWRA), or to simply say hello, email her at Teshia26@gmail.com.