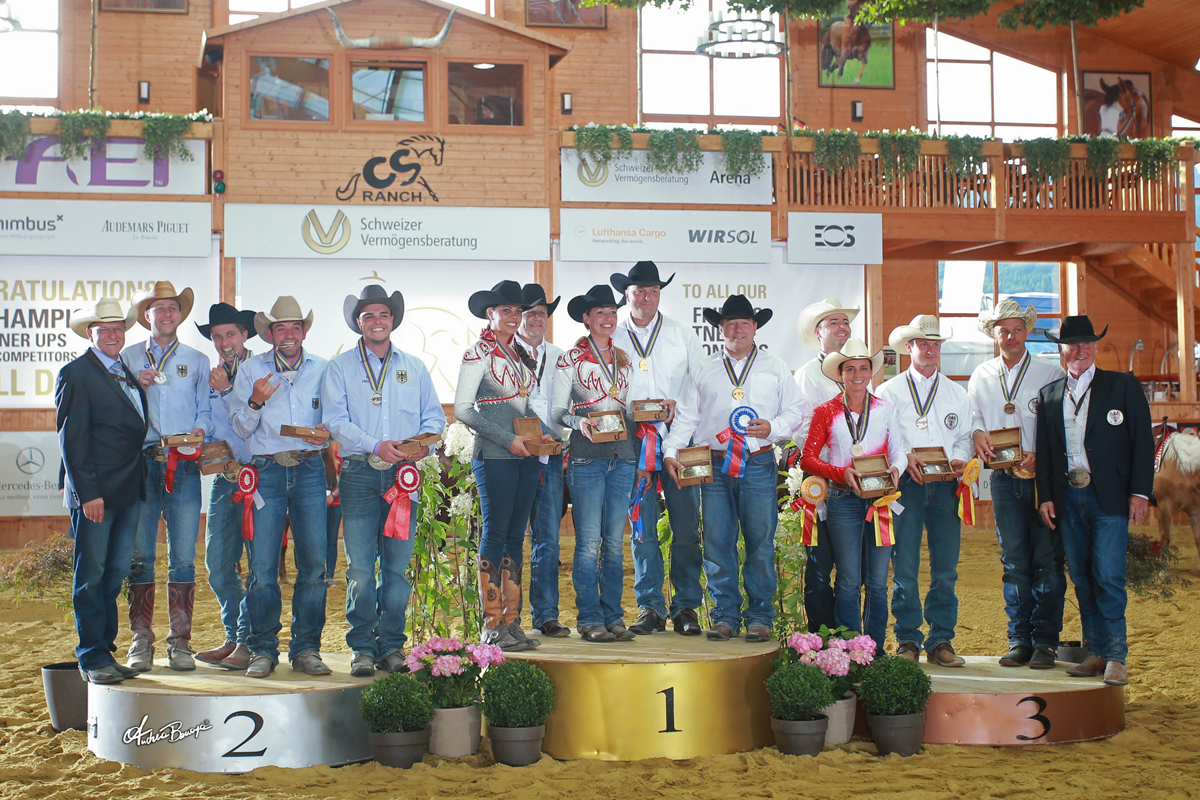 Though Belgium may be a small country, the Belgian team at the 2016 SVAG FEI World Reining Championships in Givrins, Switzerland, posted a big score to take home the gold medal in front of Germany and Austria. The heat of the competition could be felt from the very first moment the in-gate opened but it wasn’t until the last rider of the day would perform that the final placings would be determined.