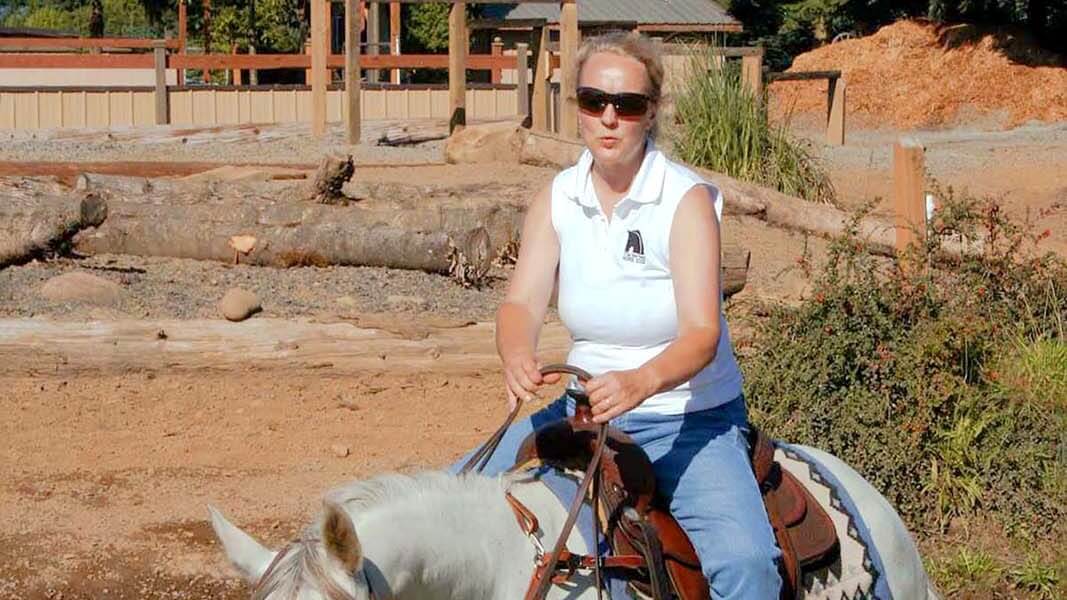 While attending the Rocky Mountain Horse Expo in February, I got a call from my husband, Mark, who was taking care of our horses April and Chloe for the weekend.

“Something’s wrong with April,” he said. I called my friend Wendy to go see what was up. She reported that April appeared to be in a lot of pain. It had been freezing cold that week, so we thought it was something in her hoof. She blanketed her, gave her some Bute, and we decided to wait and see.

The next morning, April was lying flat out, so I called the vet. The news wasn’t good, and I had to make the decision to put her down. She was almost 23 years old. It was horrible not being there, but with a new magazine to get started in Colorado, I needed to make the most of the time I had at the expo and there was nothing more I could do for April. Coming home and cleaning her pen for the last time was hard. I wish when I had left Thursday morning, I’d spent more time with her. I never dreamed it would be the last time I saw her.

I had many amazing experiences with April. She was my once-in-a-lifetime horse. I bought her at an auction in Deming, WA when she was just a yearling. I showed her in halter, put her in training for a cow horse futurity when she was 3, showed her in extreme trail, reining, and cowboy racing, and spent a week riding through Yellowstone with her. She’s been to expos with me, horse camping, and in her later years we did cattle sorting. It was an honor to love such a kind horse. Her last job was giving rides to veterans’ children at Faith Equestrian in Whatcom County. She truly enjoyed having a job. Sadly, she didn’t get to spend much time here in Colorado, as we just moved here in spring 2021.

I know most of us have lost a horse. It’s never easy but if we never experience the pain of losing them, we have nothing to compare to the joy of owning these magical creatures. I truly appreciated all of you that responded on Facebook when I posted about her passing. My little mini, Chloe, is lonely but at least I have a small horse to spend some quality time with.

I’m happy to be back in print with both magazines, and I look forward to meeting new people. Perhaps I’ll see you at a horse event somewhere!

See this article in the May/June 2022 online edition:

6 thoughts on “From My Saddle: Savor the Moments”