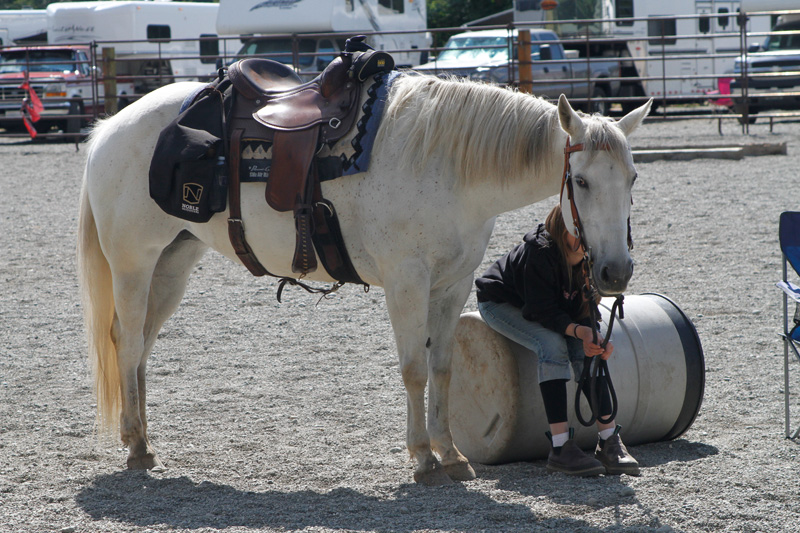 A Journey from Horseshoes to Barefoot

April and I have been together for 17 years. I purchased her as a yearling and together we have done reining, cow horse, sorting, extreme trail, mountain trail, cowboy race, and trail riding. She is incredibly athletic and has been featured in the magazine on numerous occasions.

April has been barefoot since mid-April, and was quite lame in the beginning. Diagnosed in 2009 with navicular, it’s been an uphill battle to keep her sound. After pulling her shoes, her soles were paper-thin and she was struggling to walk on any surface without some discomfort. I started her off in Soft Ride boots in her gravel pen to keep her comfortable and also put her on Previcox to manage pain.

I treated her feet every two or three days with a 50/50 solution of white vinegar and Oxine to kill any bacteria that developed in her frog. She’s been getting trims with the help of Sharon Baker (ABC Hoof Trimming student) and Skoshie Davis, a local navicular rehab specialist. They’ve helped me begin my journey towards riding her barefoot and, when needed, in boots.

I am trying out and reviewing three different kinds of hoof boots: one is made by Cavallo Horse & Rider, another is from EasyCare Boots, and the third are Renegade boots. April is a bit of a challenge to get into boots because her heels are so under-run. I tried the Cavallo Treks first and they really fit well. I’m sure as she regains some heel underneath her and a better angle, the boots will be ideal. I only use them when riding her. An important part of the regimen is keeping her moving for circulation. She gets ridden or exercised 2 to 3 times a week.

The first week of June I started leaving her barefoot 100% of the time. She is getting around in her gravel pen (which is now mostly a firm sand). I can see she’s been moving around quite a bit; much more than the first few weeks. She goes out on pasture twice a day for 1 to 2 hours barefoot. She is now trotting off; I even get a lope occasionally. It’s still a tentative gait but she’s moving more freely now. We managed to do a 2-hour trail ride the second weekend of June. It was amazing to be riding her again.

Late May I was introduced to a local horsewoman named Skoshie Davis. She prides herself on working with navicular horses and has an impressive success rate. She came out and started working with April’s feet. Skoshie was very methodical, using a tape measure to make sure her trim was accurate. She began showing me how to manage April’s care and maintenance. It was a good thing too, because April doesn’t fit into her boots unless I keep her toes in check.

I received some tools and a stand from Evolutionary Hoof Care, a company that offers a unique line of farrier tools for the average horse person, as well as professional farriers. I found their rasps much easier to use than a regular rasp as they fit easily into my hand for filing and shaping. I realize I still have a great deal to learn about hoof trimming, but it’s a worthwhile endeavor.

I find myself using the Hoofjack® Stand to do most of the treatment and trimming. It’s super easy to use and I love the mesh cradle for the foot. It’s lightweight and easy to move, and the wide, round base creates a firm, stable foundation to work from. It saves my back too! I have Kevin Keeler of Hoofjack® to thank for getting me started on this journey. It was Kevin who encouraged me to contact Cheryl Henderson of ABC Hoof Care.

I have consumed a great deal of information in recent weeks and months. I believe that you never give up until you find an answer. I am so delighted to have the generosity of several companies who’ve donated products, books, and videos to help with my research. In upcoming issues of the Northwest Horse Source I’ll be giving you a review and additional information on each company that has helped April on her journey to wellness.

Here’s a list of the companies that are helping with this project to rehabilitate April. I am truly grateful to them all: 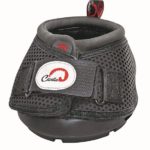 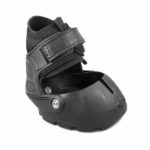 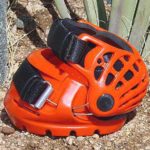 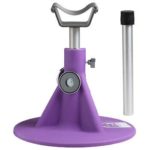