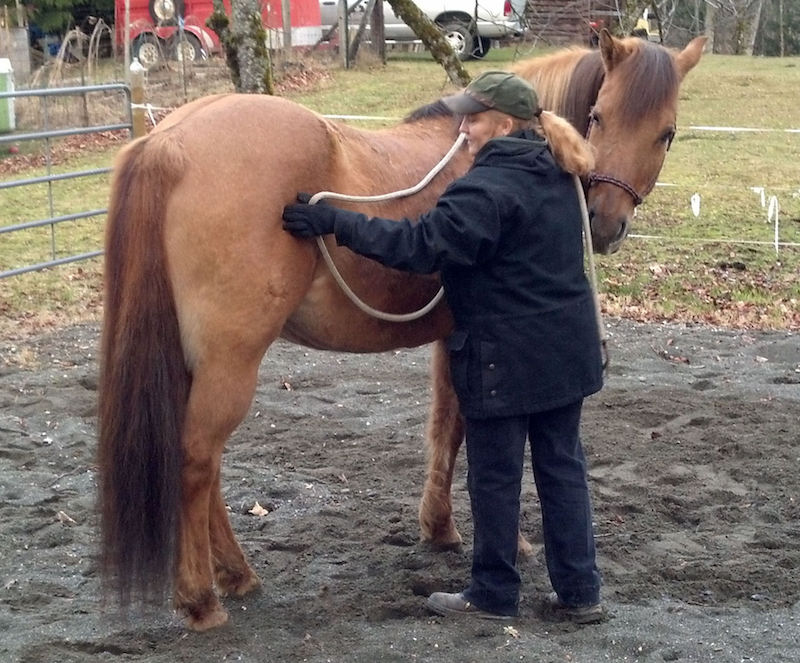 One of my favorite accomplishments in horse training is being able to execute a nice side pass.  It demonstrates several basic ground training achievements: subtle bending in the neck; yielding to subtle pressure; moving the front quarters in both directions; moving the hindquarters in both directions; and the ability to move one step at a time.  I’ll cover a series of horse training building blocks in the next few months to tackle these objectives, setting you up for executing some great side passing maneuvers.

Softness in the neck comes first.  Stand next to your horse just behind the shoulder, facing in the same direction.  Hold the lead rope in the hand closest to your horse and anchor that hand on the horse’s back behind the withers, leaving just enough belly in the rope to allow your horse a free head.  Excess rope can be folded so it lays out of the way across his back.  Use the free outside hand to stroke the rope to give a light signal to the horse’s nose, then take hold of the rope at about half the distance to the withers and gently pull to just below the withers. Ask him to turn his head toward his shoulder without moving his feet.  If he moves his feet, keep both hands anchored in their respective positions and move with him until he stops and stands still with his nose pointed toward his shoulder in a yielding manner.  You may find yourself following him in an awkward dance for a while and that is okay; just be careful of your toes and maintain your anchored position behind the horse’s shoulder until he is able to accomplish the task.  After standing this way for a moment, release his nose.  The timing of the release is crucial;  it is the horse’s reward and lets him know when he gets something right.  Practice this until he is able to bend with a soft neck on both sides without moving his feet.  Ask him to bend in varying degrees, from a small tip to possibly even touching his nose to his shoulder.  All without moving his feet.

After accomplishing this exercise with softness in both directions, you are ready to ask the horse to move his hindquarters.  First, ask your horse to yield his head toward you and secure that yield by anchoring the lead rope with your hand near the withers.  Then pivot your body so you can see the side of his rump.  Keeping his neck bent with the anchored hand, tap his flank with the other hand until he moves his hip away from you.  When it does, immediately release the nose.  The horse should not move his front feet other than to pivot a bit.  In the beginning, have simple expectations, but it shouldn’t take long for your horse to execute a proper cross-over step with his hind feet as he moves his hip away.  Be sure to move with him on each try until it is accomplished correctly and release his nose immediately to reward him for good effort.  Important tip:  Mix this up!  Practice head yields while standing still, intermingled with moving the hindquarters.  This way he won’t presume you want his butt to move every time you cue him to yield his head.

Now you are ready to practice this in the saddle using a rein instead of the lead rope and tapping towards his flank with your heel instead of your fingers.  You’re not ready for side passing yet, but you can practice turns on the forehand which are often used in fun trail challenge activities such as the Equine Trail Sports events we host at Fire Mountain Trail Course.  And you have definitely established a new level of horse training communication as you continue on your path to Riding Well Grounded. 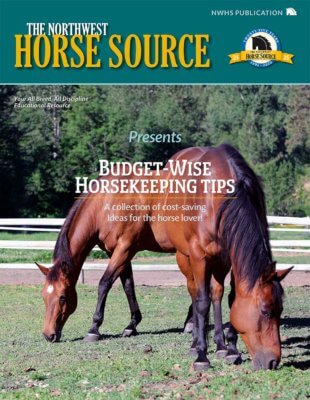