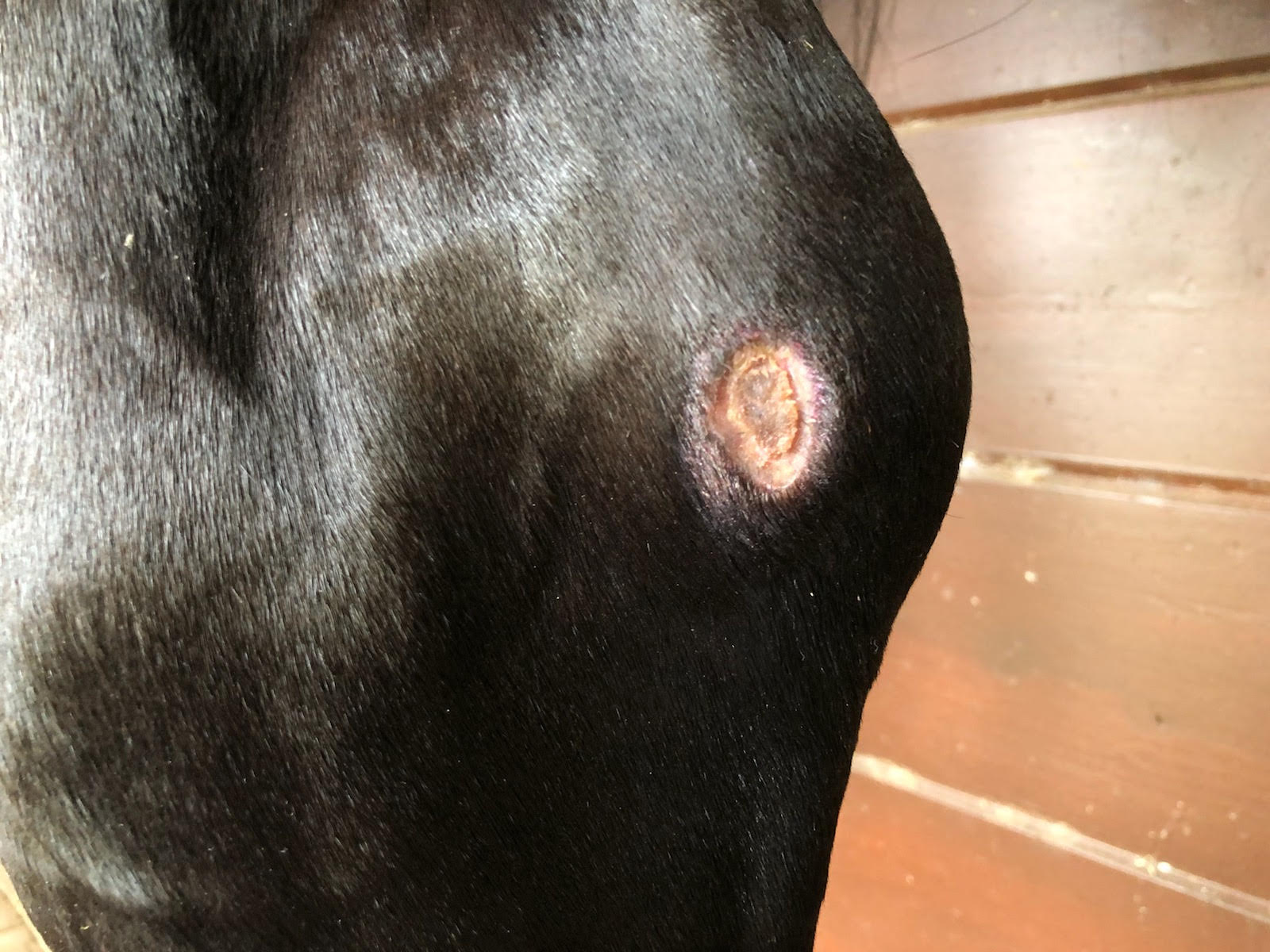 Dixie WRF is preparing for her Grand Prix debut in November.  The rising dressage star’s rider, Melissa Taylor, thinks that may explain the hock sores that plague the 12-year-old KWPN mare. “I think she is practicing her tests at night,” says Melissa. “I think she is piaffing in her sleep. Either that or she has restless leg syndrome!

A reserve rider for the 2007 Pan Am Games U.S. Team, Melissa is based at Legacy Farms in Wellington, Florida. She and her husband, Danish Olympian Lars Peterson, have oodles of horse sense and experience, yet none of it helped get rid of Dixie’s hock sores. “I was doing everything,” Melissa relays. “More bedding, big flakes, little flakes, shavings mixed with straw, hock shields, hock boots, compression wraps and laser treatments.” The latter accelerated healing but didn’t prevent recurrence. Boots and wraps offered good protection, but Dixie didn’t like wearing them and caused more problems trying to get them off. 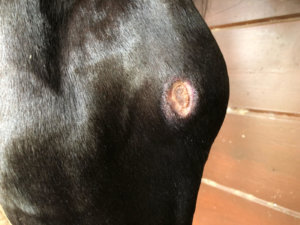 Every attempt was frustratingly for naught until Melissa’s friend Margot McAllister “saw us struggling and recommended Haygain’s ComfortStall.” Margot, a fellow dressage professional who winters with her horses at Legacy Farms, has ComfortStall Sealed Orthopedic Flooring in her own stable in Virginia.

Hock sores usually occur when the horse lies down or rises up from the stall floor. Hard, dry ground or rough bedding are typically the cause, but none of those could be blamed in the case of Dixie’s stubborn sores.

ComfortStall has a one-piece top layer of durable rubber that is sealed to the stall wall. Set atop a layer of therapeutic foam, it makes a soft, comfortable surface with give and traction for easy ups and downs.  In the three weeks since Melissa installed ComfortStall for Dixie, the hock sores have healed up dramatically and not reappeared. Dixie is on track to dance in the daylight for her Grand Prix debut in mid-November with nary a hair out of place where there had been a large, unsightly hole on her left hock.

Melissa owns Dixie with Marcia Pepper and has cared for the mare since she was a 3-year-old. The hock sores, on both legs, have been an issue and concern on and off most of that time. “There has never been any rhyme or reason behind them,” Melissa observes.

They became a major concern when the mare began competing at the FEI level and with hopes for making the U.S. Tokyo Olympic 2021 short list. That’s because of the FEI’s “no blood” rule. Designed to protect horse welfare, this rule can result in disqualification if even a tiny trace of blood is found by the steward after an FEI test. Even a mostly-healed hock sore could be strained and produce a potentially disqualifying speck of blood. Melissa doesn’t want to take any chances. 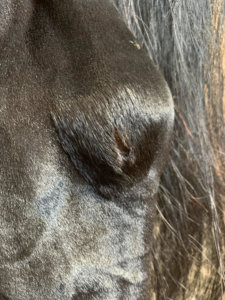 “I love ComfortStall and so does Dixie,” Melissa says. “Dixie has been on it for three weeks and I can tell you the hock sores are almost gone…like really gone!”

Although bedding is not needed for cushion or comfort with ComfortStall, Melissa still beds Dixie’s stall deeply. She knows that only enough bedding to absorb urine is required, but says, “I’m afraid to change anything right now, so I’m sticking to one type of shavings. Maybe when all the hair is grown back over the sores, I’ll back off a little.

While she’s not using ComfortStall as the bedding-reducer it can be, Melissa appreciates its other benefits. Lower leg stalking-up, or “wind puffs,” are normal after high-level work but Dixie’s legs have been less puffy on the new flooring.  The surface requires microscopic muscle movements to maintain balance, which improves blood flow and joint health. “She comes out very energetic and fresh.

Plus, Dixie is the envy of her stablemates and their owners. “We joke that she has the Four Seasons stall and that we’d all like to sleep on it ourselves,” the professional horsewoman says. “Several of my clients are asking when their horse can get the same. 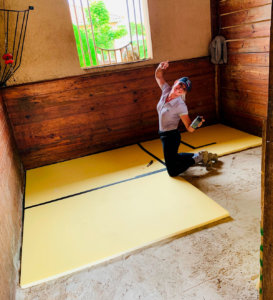 Easy installation is another attribute Melissa can personally vouch for. With some tips from her friend Margot, watching videos on www.haygain.us and reading the manual, she completed the process herself in two afternoons. Characteristics that make the Top Cover durable also make it heavy, so she needed help herking it into the stall. “Everything else was super easy,” she says. “It was very simple to put together.

As Dixie’s step into the Grand Prix court nears, Melissa is finally confident that the mare’s night moves won’t threaten their dreams of dancing to international success.